The Enemies of the USA 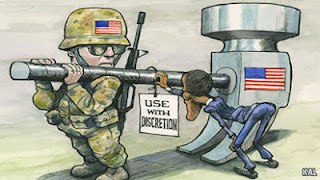 Take your pick: Edward Snowden, Internet and phone service providers, or just everybody?

The furor over the past week about how US intelligence agencies like the National Security Agency and the Federal Bureau of Investigation have for years scooped up massive loads of private communications data raises one critical and distressing question.

Who, worldwide and in the US, are the general public supposed to trust now that it seems all forms of digital and cyber communications risk being read by the American authorities? The Americans, it seems, don't believe it's that big a deal. By 62-34, according to the latest poll by Pew Research and the Washington Post, they say it's more important to investigate the threats than protect their privacy. But what about the rest of the world? For us in Hong Kong and across the planet, where the whistleblower Edward Snowden told the South China Morning Post the US is engaging in systematic and damaging hacking, the threat to our privacy looks considerably different.


The immediate acknowledgement, rather than point blank denial, of the massive clandestine eavesdropping programs is no doubt alarming even for those long suspicious of such covert undertakings. But the more disturbing part is that the official response amounts to plain outright lies. 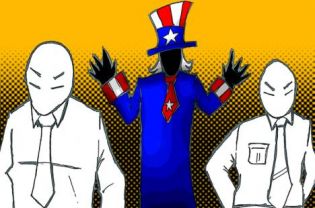 The Director of National Intelligence James Clapper said in a prepared statement that the data collection is only "designed to facilitate the acquisition of foreign intelligence information concerning non-US persons located outside the United States. It cannot be used to intentionally target any US citizen, any other US person, or anyone located within the United States."

There are a few things not quite right with this statement. Taken on the surface, Clapper has lied to his fellow Americans and to the world. What Clapper meant is that the US has and reserves the right to intrude covertly into the private communications of the rest of the world as and when they like and deem fit. While no doubt in the name of counter-terrorism, these activities are every way acts of espionage.

You can't help but wonder how Clapper had the brass to deliver that statement on the same day US President Barack Obama received the much-anticipated visit of Chinese President Xi Jinping to discuss, among various other thorny issues, the recent spate of cyber intrusions the US repeatedly alleges to have originated from China. An untimely and inconvenient truth? You bet.

In view of how the US has been obsessed with tracking down terrorists in the aftermath of the September 11, 2001 destruction of the World Trade Center in New York, the reasons for this covert data collection program are understandable in the eyes of the White House.

But here is the situation: to comb for the needle in a massive haystack of digital data involving trillions and perhaps zillions of bytes, the intelligence analysts need to (intentionally and actively) scan for three broad categories of targets - known and unknown foreign terrorists based outside the US, foreign terrorists in the US and naturalized Americans, on or off of US soil, related to or suspected of being related to terrorist groups.

So how is the Clapper response anything short of a lie? Or, one would wonder why the official response was drafted this way. One possibility is that Clapper & Co figured the damage was done anyway when their eavesdropping was exposed. Either in panic or what was deemed a best defense, the least damaging response was to say that they have not compromised the privacy of their own people - but by defending the programs on the ground of counter-terrorism, they have pissed off the entire world by violating other countries' privacy.

And how is the "We welcome debate" Obama administration to be trusted when it takes headlines o force his office to admit the very existence of these programs as well as the use of drones, let alone to debate them openly? An analogy to Obama's case: kill someone and hide the body without a word but if the corpse is discovered, welcome discussions about the unfortunate outcome.

Anyway, Edward Snowden, the source of these leaks on the mega eavesdropping organ, has won for himself the honor of both hero and traitor. Snowden came forward in Hong Kong Sunday to explain how the "abuses" he has witnessed caused him to "realize that these things have to be decided by the public, not someone who is hired by the government."

Snowden, who flew to Hong Kong to hole up in a hotel and then checked out before the global media stormed the establishment, was previously a technical officer for the Central Intelligence Agency and then worked at the NSA as an employee of Dell, a private contractor, before joining Booz Allen Hamilton three months ago as an infrastructure analyst for the NSA in Hawaii.

"The NSA specifically targets the communications of everyone. It ingests them by default. It collects them in its system and it filters them and analyzes them and it measures them and it stores them for a period of time," according to Snowden, who said he believed these are things the public "deserved to know."

He clearly understood the risk he has put himself into by blowing the whistle and violating the confidentiality agreement he signed to undertake his position as a private contractor for his employer - which has now terminated his contract for his breach of non-disclosure. The NSA is now launching a criminal investigation.

Think of the case of US Army Private First Class Bradley Manning, who downloaded and passed more than 700,000 classified military documents to WikiLeaks The stark difference between Snowden and Manning is that the former leaks were top-secret documents.

The US intelligence agencies will soon have to review their present operational setup. Snowden was among tens of thousands of intelligence contractors hired in the unprecedented push to connect the dots after 9/11 terrorist attacks. With one in four private contractors hired as intelligence analysts and technical experts in the backroom, the risk of another leak is like tiptoeing through a minefield.

In the original exposes by The Guardian and The Washington Post last week, the agencies were said to have been "extracting audio, video, photographs, e-mails, documents and connection logs that enable analysts to track a person's movements and contacts over time."

The Guardian reported two classified programs, one relating to the seizure of all telephone metadata in the US and another about the monitoring of internet activities overseas via American technology firms. The Washington Post revealed details of the second program, dubbed PRISM.

According to The Guardian, these programs were approved by special federal judges under the Foreign Intelligence Surveillance Act, known only to a small group of Congress members, outlined in a 41-slide PowerPoint presentation meant for senior intelligence analysts and classified as top secret with "no distribution to foreign allies."

This top secret program may not be that secret, considering the extent that the two intelligence agencies have gone about to collect the data. Apart from the tens of thousands of private contractors, the NSA and FBI were reportedly fishing the data from the servers of nine US internet companies, including Microsoft, Yahoo, Google, Facebook, PalTalk, AOL, Skype, YouTube and Apple - all nine promptly denied any involvement.

Separately, as many as 50 US companies, including credit rating agencies, have reportedly granted the NSA real-time user data from as early as 2006, though some may have done so continuously and others on a sporadic basis.

Data scientists from the Silicon Valley region, with their advanced knowledge and expertise in "big data" analysis, were also reportedly roped in to assist the NSA in making sense of the hundreds of millions of swooped phone calls, emails and short messages.