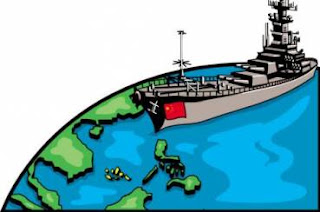 The decision handed down by the International Court of Justice (ICJ) on 19 November 2012 in the Nicaragua v Columbia case has several implications for the South China Sea disputes, particularly with respect to the status of the disputed maritime features under the 1982 UN Convention on the Law of the Sea (LOSC).

In the Nicaragua v Colombia case the ICJ was called upon to determine sovereignty over a number of islands and maritime features in the Caribbean Sea claimed by Nicaragua and Colombia, the maritime entitlements of those features, and the consequent exclusive economic zone (EEZ)/continental shelf boundary. The ICJ’s judgment explored a range of issues which not only bear similarities to aspects of the South China Sea land and maritime disputes but which set a precedent for the interpretation of the relevant international law. In particular, the ICJ considered the definition in international law of islands and associated maritime features, their entitlements to maritime zones, and the impact of these features upon maritime boundary delimitation between two states with joint claims over a maritime area. Of particular significance for South China Sea disputes is how the court dealt with Colombia’s maritime entitlements in the Caribbean Sea immediately adjacent to the Nicaraguan coast and at some distance from the Colombian metropolitan coast.

Part VIII of the LOSC details the ‘Regime of Islands’, which contains provisions of considerable significance for the South China Sea. Article 121(1) defines an island as ‘a naturally formed area of land, surrounded by water, which is above water at high tide’. An artificial island does not therefore meet the criteria. Rocks, shoals or reefs which may be visible at low tide are not Article 121(1) islands for the purposes of the LOSC. The importance of Article 121(1) islands under the LOSC is that they generate the complete range of maritime zones. An exception applies in the case of islands that may be characterised as rocks, and which ‘cannot sustain human habitation or an economic life of their own’. These features do not enjoy an entitlement to a continental shelf or an EEZ. In the South China Sea distinguishing between islands, rocks and low-tide elevations is of greater significance because of the number of maritime features in dispute, and the efforts by some of the claimant states to build structures such as platforms, lighthouses and small dwellings on these features in an effort to sustain their territorial claims and the capacity of those maritime features to be characterised as Article 121(1) islands.

A major feature of Nicaragua v Colombia was the maritime features found in the disputed sea areas, including offshore features comprising a mix of islands, reefs, cays, banks, shoals and atolls. A key threshold issue for the ICJ was the capacity of these features to be subject to appropriation. The court reaffirmed established principles in this respect by distinguishing between the capacity of islands, even very small islands, to be subject to appropriation, while low-tide elevations cannot be appropriated other than if they fall within the territorial sea.

In drawing conclusions as to the significance of the Nicaragua v Colombia decision for the South China Sea great care needs to be exercised due to the very distinctive maritime geography that was under review. Nevertheless, the following general conclusions can be made. The first is that the ICJ undertook a forensic analysis in order to determine whether certain maritime features are Article 121(1) islands, or alternatively are rocks or low-tide elevations. The second is that the ICJ will consider a range of issues as they relate to islands in its assessment of what are the relevant circumstances following the drawing of a provisional equidistance or median boundary line. To that end, the size of the island and its potential distorting effect upon a maritime boundary are factors that will be considered.

In the context of the South China Sea this decision would certainly suggest that, even if territorial sovereignty was conclusively settled over disputed islands and associated maritime features, there is every likelihood that the ability of these features to generate vast maritime claims would be compromised. This is either because these features are not Article 121(1) islands, or because they would have a distorting impact upon the maritime boundaries based upon competing maritime claims from continental or island land masses whose status is not in dispute.

A realisation of how these issues are being dealt with by international courts may have implications for how some of the South China Sea claimants view their territorial and maritime assertions. This would especially be the case if there was a realisation of the very limited capacity of some of the currently disputed maritime features to generate either an EEZ or continental shelf under Article 121(1); or, even if those features did generate a maritime entitlement, their capacity to significantly influence the direction of a maritime boundary between continental or archipelagic states. Such an objective determination as to the status of these features may ultimately have an impact on the current geopolitics within the region, and may act as a catalyst for other means of dispute resolution including the reaching of agreements on maritime boundaries.