Author of Martyrs and Cowards-Niyi Awofeso 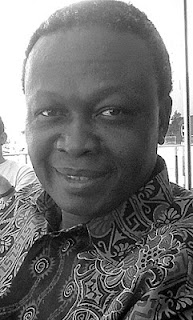 Biography- Professor Niyi Awofeso has been researching terrorism since 2000. He pioneered scholarly publications on the links between the Almajiri heritage in northern Nigeria and terrorism. Since graduating from Obafemi Awolowo University in 1987, Niyi has worked as an infectious diseases physician, hospital administrator, public health program director and senior academic. He is particularly interested in the phenomenon of suicidal terrorism and its public health impacts. Niyi has published about 100 peer-reviewed articles and four other books.

As the macabre al-Qaeda attacks of 11 September 2001 on the United States illustrate, suicidal terrorism constitutes an enigmatic form of violence in which a fighter’s certain death is a precondition for the execution of an attack.  The apparent willingness of suicide bombers to die in order to execute their bombing attacks, the relative ease of adjusting tactics in order to pinpoint targets, and the modest cost of implementing such attacks underscore the serious threats that suicide bombers pose to national and global security.  In Iraq, for example, 200 coalition soldiers and 12,284 Iraqi civilians were killed from 2003 to 2010. In the same period 30,644 Iraqi civilians and 8023 coalition soldiers were injured.

Deaths and injuries are not the only consequences of suicidal terrorism.  Loss of security and wellbeing, psychological illness as well as loss of social cohesion affect a far greater proportion of the population and significantly impede health advancement and socio-economic development.