How will India be a part of the Asian century? 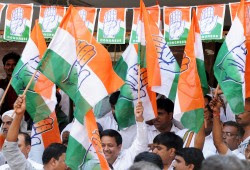 The 19th century was thought of as belonging to Britain and the 20th century to America. Many now believe that the 21st century will be Asia’s

The sheer market size and growth potential of China and India place them at the centre of the Asian century. Over the past 20 years, these two countries have almost tripled their share of the global economy. When adjusted for purchasing power parity, the Indian economy is now roughly the same size as Japan’s. One Goldman Sachs estimate suggests that India’s economy will surpass the US economy by 2043. For long the world’s second-largest country, India’s population is expected to pass China’s in less than two decades.

Despite all this, India is likely to remain a lower middle-income country well into the Asian century, lagging behind its BRICS counterparts. India has the world’s largest concentration of poor people: in 2010, more than 840 million Indians lived on less than $2 a day, and 400 million on less than $1.25 a day. By the time India becomes the most-populated country in the world, its already large challenges relating to urbanisation and the provision of adequate infrastructure, jobs, drinking water, and food for its citizens will be immense. India’s size and its rising middle-class power may have led many to rightly highlight its role in powering the Asian century, but, ironically, it is less clear how India’s own poor people will be empowered to rise out of poverty.

This raises a number of questions. Located in the right place at the right time, how can India thrive in this Asian century? What opportunities will Asia’s rise offer India? What opportunities will India’s rise offer Asia? Most importantly for the average Indian, how will the shift of economic and strategic power to Asia shape the massive economic and social transformation underway in the world’s largest democracy? Already a lower middle-income country, how can India avoid the middle-income trap? More immediately, how can India regain the growth momentum it had generated in the mid-2000s, address its rapidly growing fiscal pressures, and reduce the unprecedented fragility of its current account deficit?

These are large and complex questions. It is important to ask them now because in a very real sense the world’s expectations of India perhaps exceed India’s expectations of itself. India’s failure to address these questions will have far-reaching consequences, giving rise to a greater gulf between India’s potential and its achievements, and making it that much harder for India to catch up with the rest of a rapidly rising Asia. Much will depend on the far-sighted leadership that Indian leaders do or do not provide in designing, implementing and evaluating the right policy frameworks to achieve the goal of ‘faster, sustainable, more inclusive growth’ that the Indian government’s 12th Five Year Plan (2012–17) has set for itself.

Three scenarios are worth considering. The first, and most favourable is a win–win situation in which India gains greatly from the rise of Asia, much as India’s market size contributes to the Asian century. India successfully leverages its demographics and its trade and cultural proximity to Asia’s economic centres to transform its workforce and its manufacturing and service sectors into a highly competitive, connected and innovative force through sound public policies, and investments in education, skills and infrastructure. In the second, less-welcome, scenario India muddles through. It meets some of the expectations of India’s role in the Asian century but does not gain ground relative to other Asian countries and perhaps falls further behind. The third and least-desirable scenario sees the Asian century largely bypass India. Given the commercial, political and strategic relationships that India already has with the rest of Asia, this scenario is hopefully also the least likely. But the very fact that it is unlikely could breed domestic complacency and keep India from gaining fully from the Asian century.

What will it take for India to make the first scenario a reality? Analysts have identified seven domestic pillars that aided the early and rapid transformation of Asia’s newly industrialising economies: policies that supported free markets, science and technology, meritocracy, pragmatism, a culture of peace, rule of law and education. These pillars will require further refinement, as India will also have to address newer domestic challenges, including global warming, the provision of clean energy and water to its citizens, and the threat of corruption and public ineffectiveness, which appears to have worsened in recent years.

On the external front, India’s trade and investment relations with Asia will play a major role, not just within Asia but also in its relationships with North American, European and African markets. India has already signed nearly 20 regional trade agreements and is currently negotiating several more. As hopes dim for a successful multilateral trading regime, India must expend its energies not just in signing bilateral agreements but also in helping to bring about an FTA in groups such as the ASEAN+6 or the Regional Comprehensive Economic Partnership arrangement.

To enhance public awareness of the immense advantages and significant risks that India will face in the Asian century, India’s National Council of Applied Economic Research in New Delhi (NCAER) is exploring a multi-year research program on India in the Asian century. The research program will focus on identifying opportunities in the short, medium and long term to increase the economic and other net benefits to India from the global economic and strategic shift to Asia.

Shekhar Shah is Director-General of the National Council of Applied Economic Research (NCAER), New Delhi. He is grateful to Dr Rajesh Chadha, Senior Fellow at NCAER, for the many useful discussions on the topic.
This article appeared in the most recent edition of the East Asia Forum Quarterly, ‘Coming to terms with Asia’.