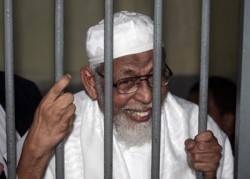 As convictions for terrorism offences continue to rise in many countries, how should those offenders be managed in prison? The challenge is to determine whether terrorist inmates should be dispersed among the general prison population or segregated from other inmates

The different Indonesian and Philippine prison regimes for terrorist inmates offer a rare opportunity to test policies of concentration or dispersal. What can be learnt from them will be useful in shaping prison policy elsewhere, as different methods of incarceration can affect individuals in good or bad ways during and after release.

Since 2000, at least 300 civilians have been killed in attacks in Indonesia, and in the Philippines there have been more than 400 fatalities from bomb attacks. There are strong links between terrorists in both countries, and kidnapping is also a major problem in the Philippines. Jemaah Islamiyah (JI), Indonesia’s most significant terrorist group, had its main training base in Mindanao until 2000 and several hundred Indonesian jihadists have trained and fought alongside their Filipino counterparts. JI and its various splinter groups continue to cooperate with the Abu Sayyaf Group and, to a lesser extent, the Moro Islamic Liberation Front.

Counter-terrorism operations in Indonesia have resulted in the conviction of 539 people for terrorism since 2002, and many are due for release by 2016. Of the 291 jihadists released in the past six years, 23 have returned to militant activity and a further 30–40 experienced terrorists could soon resume violent activities after release. The Philippines faces a similar problem with 246 individuals incarcerated for terrorism. Under-staffed prisons and inadequate rehabilitation schemes mean that the management of terrorist inmates and the fear of recidivism is a major concern for the Indonesian and Philippine governments.

In Indonesia, the main prisons for terrorists are Cipinang in Jakarta and Nusakambangan in Central Java. In Cipinang, terrorists can mix with other prisoners, whereas in Nusakambangan many high-level terrorist inmates are segregated. In Cipinang, in response to intimidation by inmate gangs, terrorist inmates formed the Islamic Scholars Gang and converted some prisoners to their cause. In the Philippines, the New Bilibid Prison (NBP) holds over 13,000 inmates including 41 terrorist prisoners and the smaller Metro Manila District Jail (MMDJ) holds 205 alleged terrorists. To manage such large numbers in NBP, the prison authority assigns new inmates among twelve ‘gangs’ that have formed as a result of the weak prison regime, but in MMDJ alleged terrorists are segregated in a separate section. 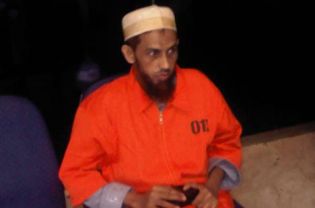 In other countries, without concrete evidence, the default practice has been to assign all terrorist offenders to the highest levels of prison security resulting in expensive, counter-productive and harsh conditions. Just as prisons are referred to as ‘schools for crime’, so it is maintained that prisons are schools for terrorists. Worse, it is argued prisons bring together terrorists with hardened criminals, producing an even greater threat.

In Australia, the fear that inmates will be radicalised by the few terrorists in prison has led to the segregating of ‘high-risk’ terrorists. In the State of New South Wales, for example, there are a handful of terrorists housed in ‘supermax’ facilities designed for the highest-risk offenders. However, the UK’s experience with Irish Republican Army (IRA) inmates in the 1970s showed the confinement of IRA inmates together generated pressure to conform and remain adherent to militant values. Since then, the UK has preferred dispersal, allowing terrorist inmates to mix with others, albeit under close supervision.

In contrast to the ‘schools for crime’ view, we argue that prisons disrupt prior loyalties, allegiances and connections with the terrorist milieu by providing respite that can lead to significant personal change. Inmates cope by establishing new patterns of social interaction.

The American criminologist Gresham Sykes has argued inmate behaviour stems from the pains of imprisonment. Stripped of identity and confined with few supports these pains force attitudinal and behavioural change. Such social dynamics have been under-estimated but the duration and type of incarceration can influence the way terrorist inmates adapt to the prison, beginning with their physical disengagement.

Further research is needed on what occurs when radical inmates are incarcerated under different prison regimes that vary their contact with regular inmates. Currently Indonesian and Philippine authorities are open to collaboration on assessing different models of inmate management and such research has relevance for efforts to deal with long-term terrorist prisoners in other countries too.

Professor Roderic Broadhurst and Dr Clarke Jones research crime, recidivism and terrorism at the Regulatory Institutions Network, ANU, and Professor Gregory Fealy researches terrorism and Indonesian politics at the ANU College of Asia and the Pacific.