Pakistan's Nukes: How Much is Enough? 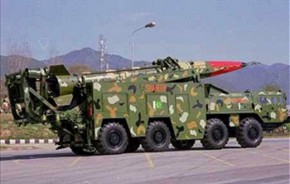 Islamabad goes on a weapons spree

Pakistan has been on a shooting spree, conducting five test launches of various nuclear-capable missiles over the last six weeks, raising the question of just how large the country’s nuclear arsenal needs to be to fulfill the relatively simple task of deterring Indian military action.

If the constant rhetoric by Pakistani civilian and military leaders is to be believed, the answer is not a whole lot. Consider the remarks made by Nawaz Sharif two weeks ago in observing the anniversary of Pakistan’s 1998 nuclear tests.

Sharif, who now heads the country’s main opposition party, boasted of the key role he played as prime minister in bringing about this achievement. He asserted that his actions have provided an infrangible guarantee of the country’s security vis-à-vis Indian military might, thereby resolving the fundamental vulnerability that has plagued Pakistan since its tumultuous founding. “India could have attacked Pakistan many times,” he stated, “but due to Pakistan being an atomic power, India could not gather the courage to do so.”

But if Sharif truly believes that the country’s defenses are now impregnable, why doesn’t he speak out against the continuing expansion of Pakistan’s nuclear forces that is rapidly leading Islamabad away from the minimum deterrence posture it declared following the 1998 tests? After all, if he really means what he said, this expansion is not only militarily unnecessary but also diverts precious economic resources away from more pressing national priorities.

Worries have arisen that South Asia is on the verge of a nuclear arms race. Islamabad in particular has added to its armory in dramatic fashion over the past few years and is reportedly on a path to soon eclipse the United Kingdom as the world’s fifth largest nuclear weapons power and to become the fourth largest by the end of the decade, overtaking France. India, in contrast, has been slower in expanding its capabilities and much of its effort is directed at deterring China.

A 2008 U.S. intelligence assessment warned that “despite pending economic catastrophe, Pakistan is producing nuclear weapons at a faster rate than any other country in the world.” It is increasing its capacity to generate plutonium and developing a wide panoply of delivery systems, including a submarine-launched nuclear cruise missile and a ballistic missile with a 60-kilometer range that can deliver a small, low-yield nuclear warhead designed for battlefield use.

So what is driving all this effort? Despite mounting internal security challenges – including a spectacular terrorist assault on the Pakistani army’s general headquarters in Rawalpindi in October 2009 – the armed forces continue to be preoccupied, almost to an excessive extent, with the conventional military balance vis-à-vis India. General Ashfaq Parvez Kayani, the powerful army chief, for example, regularly cites the threat posed by the Indian army’s “Cold Start” doctrine – which emphasizes the threat of large-scale but calibrated punitive actions in order to deter Pakistani adventurism.

But Kayani’s alarm is exaggerated, as Cold Start has yet to become much of a reality. Indeed, the government of Prime Minister Manmohan Singh seems to have disowned it. Moreover, the Indian army’s condition does not inspire much confidence that it will soon to able to carry out the doctrine even of it had political support. Military leaders reportedly told Mr. Singh in the days following the November 2008 terrorist strikes in Mumbai that the army was utterly ill prepared to go to war. A 2009 internal assessment that the army submitted to parliament concluded that it would take some two decades for the army to gain full combat preparedness. And in a February 2010 cable to the State Department, Timothy Roemer, the then-U.S. ambassador in New Delhi, assessed that the Cold Start strategy “may never be put to use on a battlefield because of substantial and serious resource constraints.” More recent revelations, including a leaked letter from the chief of army staff to the defense minister, have further underscored the army’s woeful state.

All military establishments tend to inflate the capabilities of their chief adversaries, and the one in Rawalpindi is no exception. But something more fundamental is at work in driving Pakistan’s nuclear buildup: the dysfunctional state of civil-military relations. The army’s fixation on the Indian threat is rooted in large measure in a desire to perpetuate its traditional praetorian role. An important factor, too, is the cloistered nature of the nuclear weapons complex, which not only lacks any semblance of civilian oversight but also does not permit interaction with the broader military establishment.

With decision-making compartmentalized within a small coterie of officials, searching examination is severely constrained on a number of elemental issues, such as the political and military utility of nuclear weapons, the rationales for force posture decisions, as well as the development of sound strategies for possible employment.

One issue in particular that demands more rigorous scrutiny is why Pakistan is moving toward a Cold War-style strategy by acquiring a capacity to execute battlefield nuclear options against invading Indian forces. Tactical nuclear forces might have made sense when the United States and the Soviet Union were attempting to extend their deterrence shields thousands of miles away from their national homelands. But Pakistan needs only to deter its immediate neighbor, whose two largest population centers – Mumbai and Delhi – are within easy reach of existing Pakistani strategic systems.

Moreover, a minimal deterrent posture seems to have worked just fine in safeguarding Pakistani territory from Indian attack during the 1999 Kargil crisis and the 2001-02 military standoff that followed the brazen terrorist attack on the Indian parliament.

The good news is that some Pakistani leaders are starting to inch toward the right questions. Nawaz Sharif in the past has called for a reduction in the heavy share of the budget consumed by the military, a theme that Imran Khan, an increasingly popular opposition leader, repeated this week. General Kayani also recently acknowledged the need for greater balance in defense and development spending.

Parliamentary elections are approaching, perhaps as soon as this fall. Once a new government is in place in Islamabad, it would do well to ask tough questions about the direction of the nuclear program. Maybe then Pakistan can find the resources to address dire domestic needs like an increasingly wobbly fiscal situation, a chronic electrical power crisis that some experts suggest is more of a threat to stability than is terrorism, or a catastrophically underfunded education system that features the lowest enrollment rates in South Asia.

(David J. Karl is president of the Asia Strategy Initiative, an analysis and advisory firm based in Los Angeles. He blogs on South Asia at Chanakya’s Notebook.)