Going to Jail in Asian Democracies 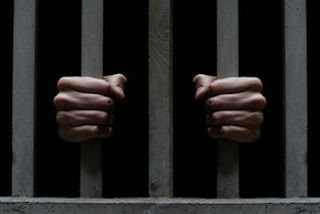 Breaking the culture of impunity

When a country begins to confront a legacy of corruption, the debate invariably passes through what might be called the Who is Untouchable? phase. It is often assumed in many countries that certain people are just too high up on the political food chain to be ensnared in corruption charges.

But what happens when that no longer proves to be the case? What if higher-ups are not all that high-up after all? Across Asia, a procession of leaders has gone to jail on charges that may look political, but in fact are usually related to corruption in high office.

The experience of a number of Asia’s democratic countries seems to indicate that a nation can survive and prosper after naming even the highest officials of the land — after they are out of office, generally speaking — suspects in various kinds of criminal malfeasance while in office. There are numerous examples – and ones that should show some western countries a healthy respect for stony lonesome is a good idea.

In 1996, South Korea convicted its last authoritarian leader, ex-President Chun Doo-hwan, and his successor, Roh Tae-woo, both former generals, of charges related to corruption and abuse of power. The legal action was initiated by the elected civilian government as a way to come to grips with the country’s long history of military rule and the deep divisions related to a 1979 coup and the 1980 massacre of civilian protesters in the city of Gwangju.

Chun was sentenced to death and Roh was given a 22-year prison sentence. When long-time political prisoner Kim Dae-jung was elected president in 1997, he pardoned both men in a move that was widely seen as an act of national reconciliation.

Since then, numerous top Korean business executives also have found themselves in court despite the enormous power conglomerates wield in the country. In 2008, Samsung chairman Lee Kun-hee was convicted in a massive bribery scandal. He was pardoned after giving millions of dollars to charity and apologizing to the nation. Corruption crusaders were miffed, but the court action underscored the idea that no one in South Korea is totally safe from prosecution.

In Taiwan, Chen Shui-bian, who had been president for eight years, was forbidden from leaving the island an hour after he stepped down on May 20, 2008, and was later tried and convicted of fraud involving the use of a presidential fund to pursue foreign diplomacy. He was sentenced to 17-1/2 years in prison and ordered to pay a fine of NT$154 million. Both he and his wife, Wu-Shu-jen, remain in jail despite a long string of appeals. Both the Kuomintang and the Democratic Progressive Party (DPP) said that they respected the court’s decision.

Closer to home, the Philippines failed to prosecute former President Ferdinand Marcos after he was deposed in 1986. Former President Joseph Estrada did not fare so well. After he was ousted from office by a virtual coup in 2001, he faced numerous corruption charges. His successor, President Gloria Macapagal-Arroyo, gave him executive clemency and he was released after seven years of detention. Now Macapagal-Arroyo herself is under detention following her arrest in November 2011 on charges of electoral fraud.

In Bangladesh in 2007, a caretaker government backed by the military arrested and jailed the country’s two most prominent politicians, the bitter political rivals Sheikh Hasina Wajed and Begum Khaleda Zia, on charges of corruptin and anti-state activities, and kept them there for more than a year. Eventually they were freed and Sheikh Hasina’s Awami League went on to return to political power.

Finally, in Thailand the court convicted former Prime Minister Thaksin Shinawatra of corruption in 2008, following his ouster in a 2006 military coup. He fled the country and remains in exile, although with his sister currently in power it seems he may eventually be pardoned.

What is interesting about these cases is that the prosecutions occurred in functioning democracies and the political order did not come to an end. There was no military intervention or suspension of democratic processes as a result of the court actions. It could easily be argued that the countries involved — with the exception of Thailand, where the political divide is bitter and Thaksin remains a deeply polarizing figure — survived the prosecution of their former leaders with their democracies enhanced.

That these prosecutions of fallen presidents and prime ministers are politically motivated in most cases is a given, but there is a deeper meaning in the ability of Asia’s young democracies to bring even the most senior of politicians or their associates to the dock. No one is — or should be — untouchable.

It was deeply disappointing to many Filipinos that Marcos was never prosecuted in a Philippine court, but the woman who led the crusade that booted him into exile, President Corazon Aquino, felt that bringing him home would be destabilizing. It’s interesting that her son, the current President Benigno Aquino III, believes the opposite — that prosecuting Arroyo and others in her circle, like former Supreme Court Chief Justice Renato Corona, will aid the country’s battle against corruption.

The Corona impeachment “was a process that strengthened our democracy,” Aquino said later. It is a point worth noting.(A. Lin Neumann, one of the founders of Asia Sentinel)
Posted by Kerry B. Collison at 4:10 PM