Justice Delayed in the Philippines 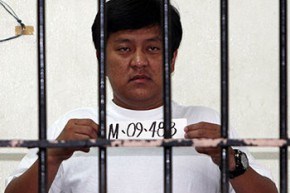 The case of the Maguindanao Massacre and those who committed it appears to be going nowhere
On Nov. 23, 2009 – more than two and a half years ago – 57 people, including 32 journalists and media workers, were rounded up and murdered by a small army allegedly in the employ of the warlord, Andal S. Ampatuan Sr., in Maguindanao on the island of Mindanao.

So far, nobody has been put on trial for what has been called the worst election violence in Philippine history, and the biggest massacre of journalists ever recorded anywhere in the world. Some observers believe the criminal case could take as long as 20 years to prosecute, which stands in dramatic contrast to President Benigno Aquino’s single-minded pursuit of his predecessor and political rival, Gloria Macapagal Aquino, on charges of corruption. The praise for Aquino reached a new high last week when the Philippine Senate voted Chief Justice Renato Aquino guilty in his long-running impeachment trial and forced him from the high court.

It is said with considerable justification that justice grinds slowly in the Philippines, but it appears to be grinding a lot faster for Aquino’s admittedly corruption-ridden political enemies than it does for those who murdered the journalists and political figures in the convoy, and probably far slower yet for ordinary citizens. And while the murders of the journalists are horrific and the handling of the cases against the killers is deplorable, they are reflective of a much bigger problem with the Philippine criminal justice system. It not only takes forever to get to court, the chances that the poor will win out over the powerful are slim indeed. In the Maguindanao case, those who have criticized the slow pace of justice have been charged with contempt of court.

Of the 196 gunmen involved in the Maguindanao massacre, among them police officers and members of the Ampatuan private army who have been implicated in the case, fewer than half -- 97 -- have been arrested and only 64 have been arraigned.

The Southeast Asia Press Alliance, in a report issued on May 3, called the Philippines a “global poster child for impunity,” pointing out that the president’s Communication Groups and Justice Secretary met with media and journalist groups in August 2010, shortly after his inauguration, and agreed to initiate policy measures to curb the problem of impunity.

However, according to SEAPA, “by the end of 2011, the measures – strengthening the witness protection program, capacity building for forensics experts in the police and military, and the creation of a multi-sector quick response team – have yet to be out in place. Two bills on the protection of witnesses and whistle-blowers were still languishing in the Congress.”

SEAPA also complained that “the Aquino administration has seemed unable to speed up the trial of the Ampatuan massacre, which continues to be disrupted as defense lawyers create legal hurdles such as certiorari petitions and a need for interpreters. The president repeatedly said publicly that he has only limited power in judicial matters because of the principle of separation of powers in the Philippines Constitution.”

Among those indicted and jailed in the massacre were the former Maguindanao Governor Ampatuan Senior and his brother, Kanor, and Andal’s sons, Andal Jr, Zaldy and Sajid. Despite the national and international outcry over the case, news stories have surfaced in the Philippines reporting that the Ampatuans and their allies enjoy a pretty good life behind bars, with air conditioning, television and other perks.

Last week, according to a private prosecutor named Nena Satos, police authorities confirmed the death of Esmail Amil Enog, who earlier testified that he had driven at least 36 gunmen to the remote village of Malataing, where they started shooting up the convoy, which was headed by Genalyn Mangudadatu, the wife of Toto Mangudadatu, who had the temerity to announce he would oppose Ampatuan in national elections. She was among the dead, along with six members of her family. Police said the women victims had been mutilated, some shot in their genitals.

Enog had been missing for more than two months. Police said his body had been chopped to pieces. He is the third state witness to have died since the shooting. Another, Alijol Ampatuan, has been reported missing. In July 2010, Suwaib Upham, who confessed to participation in the murders, was assassinated after he reportedly agreed to become a witness for the state. Yet another suspect who agreed to be a state witness managed to jump to his death and “commit suicide” inside a heavily fortified police detention center in Metro Manila. Relatives of some of those who have agreed to testify have been murdered and many others have been intimidated.

In the meantime, according to the National Union of Journalists of the Philippines on May 23, the 30th monthly anniversary of the massacre, 100 gunmen remain free. Of the 64 suspects arraigned, only two are primary suspects—Ampatuan Senior and Andal Jr. The former mayor of Datu Unsay town, Zaldy Ampatuan, has been put behind bars but has yet to be arraigned, and has petitioned the Supreme Court to be dropped from the case.

The Manila-based Center for Media Freedom and Responsibility, in an open letter sent to Aquino, said that 124 journalists have been murdered in the Philippines since 1986 for simply doing their job as journalists and asking for the passage of various laws to protect whistle-blowers, etc.

The killing continues. Four journalists have been gunned down since the start of this year, according to Reporters Without Borders. The latest was Nestor Libaton, 45, a reporter for the Catholic Church-run radio station dxHM, who was shot several times on May 8 by men on a motorcycle. Also killed this year were Rommel Palma on April 30, Aldion Layao on April 8 and Christopher Guaran on Jan. 5.
Posted by Kerry B. Collison at 3:43 PM