A New Security Order in the Pacific 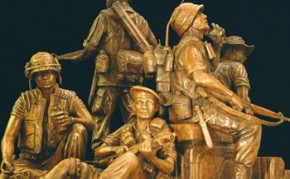 A new organization must be formed to address the region's present and future concerns
The United States today is not the United States of 1962, financially sound and brimming with potential. Despite its best efforts, Washington will find itself hard pressed to find a manageable solution to the plethora of problems that plague the South China Sea.

Faced with a debt crisis and stubborn unemployment levels at home, exhausted militarily and economically from campaigns in Afghanistan and Iraq, the US must temper its foreign policy objectives in this period of austerity. No longer can the US be expected to provide economic and military support to its traditional allies.

Despite an expected reduction in force—almost US$500 billion and perhaps more in planned defense spending cuts over the next decade—it is unlikely the US would withdraw completely from its commitments in Asia-Pacific or around the world, but its ability to execute foreign policy will be much diminished.

To reflect the changing geopolitics, there is a need for a new security order in the Pacific. It is clear that the US maintains an interest in Asia-Pacific but can no longer play the same role it was once capable of. Countries in the region must assume responsibility over their security. However, this new security order should not omit the United States by counting it out permanently, but take into account its new role.

By thrusting the bulk of responsibility onto the shoulders of Asian countries, with the hopes that such an order would provide relevant, regional-specific solutions to regional matters, the new security order would exist as an international forum and security alliance, providing the methods and means to resolve disputes before they could devolve into conflicts.

The desire for an Asia-Pacific at peace is undoubtedly shared by all regional countries. Regardless of China’s assertiveness, not even they would seek conflict when it can be avoided. In this, all parties in this new security order could find common ground: to establish mechanisms that would preserve peace and security, and give way to prosperity.

What would a new security order in Asia-Pacific look like? It would have, perhaps, Japan, India, and Australia as perimeter nations, and at its core comprise of the US and Southeast Asian. This alliance—the Pacific Security Organization, or PSO, as it will be referred from here on—would serve as the new security order in Asia-Pacific. The US would continue to play an important role, but leadership of the organization would (and should) be assigned to a member of ASEAN, whose presence and interests are relevant to other ASEAN and regional partners.

For obvious reasons, Japan, India, and Australia, none of whom are ASEAN states, are unlikely to be leaders of this new order. History has not endeared Japan to the hearts and minds of its neighbors. India is too far removed from Southeast Asia; and Australia, however economically sound, may be excluded for similar reasons as India.

Indonesia, possessing the largest economy and population in Southeast Asia, is a reasonable contender for a leadership role in the security order. It is sometimes perceived as a natural leader in ASEAN due to its size and strength, and so might be well-received as a leader among future member nations of the PSO.

If Indonesia should seek a leadership role, it is likely to receive the nod from the US. In his remarks to American Forces Press Service, General Martin E. Dempsey, chairman of the Joint Chiefs of Staff, remarked that an Asian-Pacific organization similar to NATO would have value; however, it must be demanded by those nations. There is need for such an organization, but no country has yet taken the initiative to create one. Indonesia is well placed to spearhead the creation of the PSO.

The United States, of course, would remain an integral part of the organization, but it should not be looked upon to provide all the answers. In this period of austerity, the US military is in the process reorganizing its priorities and restructuring its forces. If it is to play any role in Asia-Pacific, the US must require its allies and strategic partners to assume some responsibility in securing their respective interests. The establishment of the PSO would allow Southeast Asian nations, formally dependent on US protection, to look to themselves to strengthen and improve their security.

Challenges and Opportunities Ahead

Undoubtedly there will be many challenges facing the establishment of this new security order; however, all the same, there will equally be many benefits. Challenges are merely opportunities yet discovered; and although the challenges are immediate and benefits distant, if not nebulous, this should in no way discourage any attempt at formalizing a new security order. The greatest opportunity of all is the stabilization the Pacific. If this century should be the “Pacific Century,” it would be better that the Pacific be free of conflict.

A new security order is crucial to delivering and maintaining said peace and prosperity. The most pressing matter at hand is not only assembling the countries to be involved, but also organizing them among common grounds. As stated earlier, although these countries share a common interest, their differences are many; and it may be that these differences prevent the creation of a new security order.

Overlapping territorial claims in the South China Sea, for example, could scuttle the PSO before it can take off. Almost all claimant states in the Spratly Island disputes have overlapping claims. Past grievances between countries may also be too much to bear moving forward. Whatever the challenges, however, it must be made clear to potential parties that there is much to be gained by putting aside these differences.

Beyond peace and security in the Pacific, this new, international security forum could strengthen ties between East and West. Much like NATO can be used to address, discuss, and attempt to solve security concerns before they erupt, this Asian-Pacific security organization can do the same. The potential for the South China Sea territorial disputes to devolve into conflict looms in the distance. At present, it seems unlikely that any claimant country will start a war over the disputes; however, would it not be better to resolve this matter now rather than wait and find out later? ASEAN has thus far proved lacking in finding an acceptable solution to this problem. It may be that a new forum with the proper mandate is required to resolve the disputes.

Of the ASEAN countries that might join the new security alliance, Vietnam proves to be the most interesting, equally important and unimportant. Possessing a mid-size economy among Southeast Asian nations, a fairly young and large population, and a modernizing military, its addition to the PSO would certainly be welcomed.

Vietnam, however, has the unfortunate circumstance of being an historic rival of China; yet, despite this, remains deeply tied to the latter. Vietnam’s economy is dependent on China, as is the legitimacy of its government. Both are Communist (in name more than philosophy), but where the rule of China’s Communist Party is absolute, Vietnam’s is on the precipice. Internal divisions have strained the Vietnamese Communist Party, with some party members perhaps advocating closer ties with the United States, with others demanding the party and country remain close to China.

Warming up to the US would allow greater access to Western markets, but at the cost of necessary political reforms (human rights remains a sore point between the US and Vietnam, especially with respect to sales of arms) and potential economic retaliation from China. On the other hand, falling in line with China would assure Vietnam that its immediate economic and security concerns would be taken care of; however, the Vietnamese people have yet to openly accept China, viewing their northern neighbor with distrust.

Moreover, Vietnam and China are presently involved in the Spratly and Paracel Islands disputes, which have been a point of contention greater than Vietnam’s reluctance to address its human rights problems. The Vietnamese government has so far been walking a fine line between satisfying China and the US while maintaining Communist rule, but it cannot do so forever.

The United States would like Vietnam to join an organization like the PSO, if only to secure another strategic partner so close to China. Should Vietnam not join the alliance, it would not amount to a catastrophic loss to the US. It would, however, be a grave loss to the PSO. While not possessing the same international clout as Singapore or Indonesia, its relatively young and large labor population would contribute greatly over time, not only to Vietnam, but to Southeast Asian economies. As a member of the PSO, Vietnam would have the ability to develop closer economic ties with its neighbors on a multilateral basis.

That said, Vietnam as is would not be an ideal partner in the PSO, as its treatment of its citizens leaves much to be desired. Not to restrict this concern to Vietnam only, it should be a requirement for all future member states of the PSO to improve conditions at home, so as not to undermine the integrity of the organization. In the case of Vietnam, it must democratize and address its human rights violations. The PSO should not only promote and secure peace and security in Asia-Pacific, but promote better standards of living.

(Khanh Vu Duc is a Vietnamese Canadian lawyer in Ottawa, focusing on various areas of law. He researches on International Relations and International Law)
Posted by Kerry B. Collison at 3:48 PM