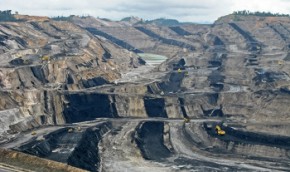 There is plenty of anecdotal evidence of ingots of copper, nickel and other metals piling up in warehouses in China, suggesting a huge potential supply glut. But the problem facing many mineral producers in countries such as Australia, Indonesia and Brazil is not just a short-term one.

The bigger picture is telling us that a 10 year upcycle in commodity prices has come to an end and that producers of many of these can look forward to a decade or more of downcycle of the sort which prevailed from the mid-1980s to around 2002. The main culprit is not a downturn in projected demand. It is supply.

But first, those Chinese warehouses. They are stuffed full for three reasons, of which perhaps the least important is a softening in China’s growth rate and speculative house-building. The second is that speculating in real commodities seemed a good way to spend idle cash when interest rates were low and commodity prices rising. But China has added a unique third reason for stockpiling: it has become a way of getting around yuan credit restrictions. Copper can be bought with borrowed with borrowed dollars and then used as collateral for yuan loans. This can have the perverse effect of pushing up prices in the face of tighter credit.

But China’s peculiarities should not blind one to the reality of longer-term cycles driven by global demand/supply. The steep rise in many commodity prices since 2002 – with iron ore, coal, copper and gold being up from three-fold to five-fold – was partly caused by the suddenness of the increase in China’s demand. But it was also due to the very low level of investment in new mines in the preceding years with even big miners like BHP and Rio Tinto caught out and with many smaller ones having given up on the possibility of big price rises to justify heavy, long-term investment.

The brutal fact is that the world is not short of coal and iron ore or even copper and gold. The first two exist in gigantic quantities in several countries and in copper and gold constant improvements in mining and processing technology are making more low-grade deposits viable. But all these things take time, anything from five to 10 years and in the case of coal and iron ore heavy investment in infrastructure. Yet once those are in place, marginal production costs plummet.

Estimating increases in supply now in the pipeline is difficult. Some announced projects may not happen or be halted before completion in the face of recent price falls or lack of availability of capital. Nonetheless there is evidence enough of massive investments now underway for coal in Indonesia, Australia, Africa and elsewhere, for iron ore in Australia and Brazil, and in a significant number of large, medium and small copper and gold projects from Alaska to Mongolia to Zambia. Much the same can be said of less well known but important minerals such as wolfram.

Then there are the questions over coal and natural gas. The boom in coal seam gas production in the US first hit natural gas prices there and is now devastating the coal market. Over the past nine months the price of Appalachian thermal coal has fallen from nearly US$80 to a little over US$50 a ton. Indonesian and Australian coal have not suffered so badly and global LNG prices remain quite high. But it is only a matter of time before the infrastructure is in place to move North American gas and coal surpluses into the global market. Meanwhile in Australia, billions are being invested not only in offshore LNG projects with high capital costs but in coal seam gas. Several of the oil majors including Exxon, BP and Shell are investing heavily in these projects.

Australia may be able to increase its volumes of gas, coal and iron ore production significantly but it is quite possible that the end result will be prices falling by significantly more than volume increases. Indonesia is also vulnerable. It is the world’s largest coal exporter and more mines are to open up, but it is only a marginal supplier to China and its plans to sell large amounts to India have been held up. Meanwhile its gas exploration has lagged so it may face the prospects of declining output and prices.

Investors in Australian and Indonesian stocks and currencies seem to have forgotten how much economic growth over the past decade is owed to commodity prices, with Australia’s terms of trade up 40 percent in the decade to 2011 and Indonesia’s by at least 25 percent.

Meanwhile a few metals such as aluminum have seen almost no price increases despite the rise in global demand. The price has bounced around but is now no higher than in 2005 or 1990. That is due not so much to oversupply of bauxite but of smelting capacity, much of it in China or in locations such as the Gulf, with ready access to very cheap power. Indeed the aluminum price demonstrates how investment in costly infrastructure of transport or processing is often more of a price determinant than availability of the raw material. Asia Sentinel Philip Bowring