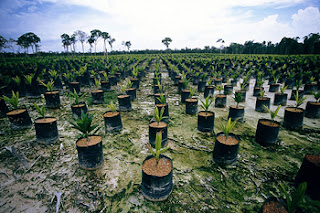 THE federal government spent $30 million to rehabilitate just 1000 hectares of forests in Kalimantan, Indonesia, using a third of the program's entire budget to achieve just one-fiftieth of its reforestation target.

"It really is quite a serious issue here because this project has been a total failure compared with what was claimed for it and what has actually happened," Senator Milne said.

The AusAid project was signed in 2007 by the then Howard government with a plan to raise $100m to enable the planting of 100 million trees and the rehabilitation of 50,000ha of peatland and the preservation of a further 50,000ha.

Asked during a Senate estimates committee hearing last week about the program, Climate Change department secretary Blair Comley said land tenure issues on Kalimantan had proved more complex than first thought. Until these issues were resolved, the objectives of the program, called Reducing Emissions through Deforestation and Forest Degradation would take longer than first thought.

The protection of peat areas is considered crucial to cutting emissions because these areas act as carbon sinks.

A Climate Change Department spokesman said yesterday the Kalimantan Forests and Climate Partnership was one of the most advanced large-scale projects of its kind in the world and the program "is now generating useful practical experience".

"Both the Australian and Indonesian governments remain committed to the project and implementation of the project remains a priority," the spokesman said.

More than 1.2 million seedlings raised in community nurseries had now been planted in the areas.
A large-scale and rigorous tropical peat monitoring system had also been established to keep track of progress.

"An innovative project, the KFCP is trialling new approaches. There have been challenges during the project so far; we are using those to learn and improve our approaches. The project is producing early results, and although progress has been slower than originally expected, it is in line with the REDD efforts globally."
Mr Hunt said protecting the rainforests was an important environmental issue.

"But once more the government has shown that it has simply wasted money without delivering real outcomes and that is extremely disappointing for both Australian taxpayers and the Indonesian community." The Australian