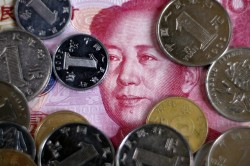 The changing fortunes of the world’s mature economies relative to the emerging economies have prompted a remarkable reversal of roles when it comes to who might be able to help whom
And while it would be in everyone’s best interest to help one another in the wake of the global financial crisis, international investment in real assets (as opposed to the purchase of bonds or titles to debt) is the outcome of hard-nosed commercial business decisions. So the question to ask is: why would China and Chinese companies wish to help the Eurozone?

There are, as it turns out, some very good reasons for doing so, and strengthening the position of Chinese firms in an important export market is one of them. But there are also some good reasons why Chinese investors should steer clear of investing too much or unwisely — particularly at an early stage of their own relatively recent internationalisation.

This, in turn, has vast flow-on implications; it enables the Chinese parent company to have a real input in the strategic decision-making and long-term development of their European business partner.

This is well illustrated by the recent acquisition activities in the German automobile supply sector. Since January 2011 Chinese firms have acquired a series of small- and medium-sized companies that were previously managed by private equity firms, including Kiekert, Preh, Saargummi, KSM Castings and Sellner. Sound business logic informed each of these acquisitions. In two instances, the German firm had already established a joint venture with the Chinese partner, which facilitated the process of entering the Chinese market. And in all cases, the acquirer came from the same industry sector and brought Chinese technology and market knowledge to the business.

Here it is easy to see how Chinese investment can have a positive impact on the European economy. Greater access to the Chinese market will support the growth trajectory of European firms, thus generating employment. The combination of Chinese and European technologies can also lead to the development of innovative products to serve new customer segments. And this reinforces the positive business relationship between economies that enjoy significant two-way investment and trade flows.

But is the picture as rosy when we look at European economies other than Germany? Within the Eurozone, the struggling economies of Portugal, Italy, Greece and Spain (the so-called PIGS) receive fairly small amounts of Chinese investment, which dropped from 9 per cent of total Chinese FDI in the EU in 2007 to as little as 4 per cent in 2010. So the relative importance of these countries as FDI hosts within the European Union has actually fallen since the beginning of the crisis, while the Eurozone overall has strengthened its position as a recipient of Chinese investment. This contrasts with the general perception that surplus assets available for purchase across the PIGS will stimulate an increase in Chinese investment.

In fact, data on mergers and acquisitions indicate that Chinese deals have remained stable or increased in these economies. These figures also indicate — at least on the face of it — that Chinese corporations are increasingly favouring brownfield over greenfield investments. This enables Chinese investors to gain quicker access to the host-country assets they seek, which complement the assets they bring to Eurozone economies. Chinese firms usually seek skills, technology and pan-European distribution channels, so the Mediterranean seaboard location of the PIGS countries makes them particularly attractive for brownfield investment.

Finally, it is also important to consider sovereign wealth funds. According to data from the WF Institute, significant Chinese examples include the China Investment Corporation (with projected assets of US$439.6 billion by mid-2012), the SAFE Investment Company (US$567.9 billion) and the National Social Security Fund (US$134.5 billion). These funds are primarily engaged in portfolio investment. But as the scale of investment rises, Chinese sovereign wealth funds have started to cross the 10 per cent threshold, as they feel the need to exercise a voice in the management of their money.

Meanwhile, the EU looks toward these funds for investment in large capital cost projects, such as road and water infrastructure. The hopes of EU governments are pinned on such investments because they could provide a fillip to local economies and accelerate the rate of recovery when, in due course, the European economy turns the corner in a return to growth.

So can Chinese investment help the Eurozone? In a word, yes. While it is not expected that the volume of Chinese FDI will match US or even Japanese investment in the Eurozone anytime soon, Chinese firms that play to their strengths while developing key business ventures will certainly energise static European markets.

Dr Hinrich Voss is a Roberts Academic Research Fellow at the Centre for International Business, University of Leeds.
Professor Jeremy Clegg is Jean Monnet Professor of European Integration and International Business Management, University of Leeds.
This article appeared in the most recent edition of the East Asia Forum Quarterly, ‘China’s Investment Abroad’.