The Promise of a Democratic Vietnam 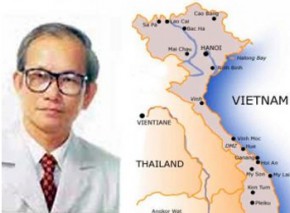 Scholars and dissidents deliver a manifesto

The struggle for democracy and political reform in Vietnam has a found itself a banner around which to rally. It is called Petition 72, with "72" referring to the original number of respected scholars and former government officials who drafted the proposed constitution as an alternative to Vietnam's current one. Petition 72, among other significant proposed changes, would abolish Vietnam's one-party structure.

It remains to be seen what comes of this petition. However, where the government has failed to address the needs of the people, the people have taken it upon themselves to effect much needed change.

Radical Changes
The Vietnamese government's attempt to appease the people through an open review process of the current constitution instead achieved the opposite effect. Far from suggesting any kind of democratic reform, the amended constitution continued to hold the Communist Party as the sole source of authority.

In contrast, Petition 72 seeks to abolish Article 4 of the constitution, effectively neutralizing the party's power and opening the country to democratic reform. More than just the promise of a multi-party system, Petition 72 also sets forth changes to private ownership of land, which has so far been withheld from the Vietnamese people.

As an alternative to the Vietnamese Constitution, Petition 72 is far from perfect but it is a radical departure from the status quo. Points of interest regarding the new constitution are the separation of powers secured by checks and balances, and the protection of human rights in accordance to the Universal Declaration of Human Rights. The new constitution would also have the armed forces declare loyalty not to the Communist Party, as is proposed by the government in its new constitutional amendments, but to the people.

Suffice it to say, these radical changes seek to transform Vietnam into a liberal democracy—a future that has been stifled so far by the current and previous regimes. Nothing if not clear, Petition 72 seeks to chart a new course.

Although cynics might see the alternative constitution as another failed effort to enact political reform in Vietnam, there is reason to believe that this time is different.

Supporters Within
The strength of the petition is not that it has been produced as an alternative to Vietnam's current constitution. Democratic and human rights activists have long battled for reform; however, none of these efforts have come at such a dynamic period.

With an embattled government and prime minister facing a slowing economy, and made worse by popular discontent in the face of proposed constitutional amendments—a "dialogue" process that has essentially ignored the people's feedback—to say nothing of the internet and social media, which has contributed to an increasingly open and connected society, what has come about is a perfect storm for change.

Beyond this perfect storm, however, are the authors of Petition 72, who have lent credibility and weight to the alternative constitution. Among original seventy-two signatories are members of the Communist Party itself. Notable supporters include Dr. Nguyen Dinh Loc, a law scholar and former justice minister; and Ho Ngoc Nhuan, vice chairman of the Vietnamese Fatherland Front in Ho Chi Minh City.

Petition 72 is not an underground movement but a clear, open, and direct challenge to the party and its leaders, not simply from the people but from elements within the party as well.

Referendum
Thus far, the alternative constitution has received well over 12,000 online signatures. Compared to the more than 40 million supporters claimed by the government with respect to its amended constitution, it would appear that Petition 72 is dead on arrival.

Despite the fears of the unknown—change of any sort is always fraught with difficulties and various unknowns—and despite the government's assertions that support for its amendments number some 40 million Vietnamese, it is hard not to feel change in the air.

A referendum on the alternative constitution would settle the people's wishes clearly and most effectively; however, any referendum would have to submit to international scrutiny, including the presence of observers at voting stations, so as to eliminate or at least prevent instances of voting irregularities and government intimidation. In what could be a watershed moment for Vietnam, the integrity of the referendum must be preserved and protected.

Regardless of Petition 72's success or failure, the political landscape in Vietnam has undoubtedly changed. Where there was only previously talk of political reform, oftentimes led by activist bloggers and citizens, the government simply cracked down and silenced the opposition. Now, however, with members within Communist Party speaking out and for reform, it appears reform is not only probable but also within reach.

Whether the government cedes to a referendum or not, there may be no stopping this sudden surge for political reform. If not Petition 72 then it will be something else. The dam has broken and the Communist regime, much like citizens of a village directly in the path of the flood, has a choice to make: it can get out of the way and move on, or it can be swept away by the tides of inevitability.

(Khanh Vu Duc is a part-time law professor at the University of Ottawa who researches on Vietnamese politics, international relations and international law. He is a frequent contributor to Asia Sentinel and BBC Vietnamese Service.)