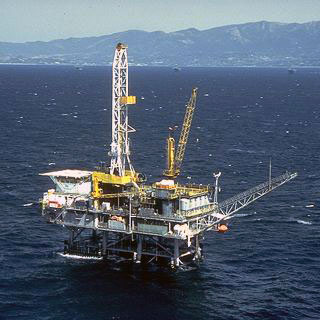 Minerals, such as rare earth metals, are increasingly becoming an important commodity in a resource-constrained world economy. As a result new frontiers both onshore and offshore, to the depths of the ocean, are emerging around the world.

The Pacific region stands at the forefront of this pioneering venture. Yet concerns abound about the environmental impacts of future offshore mining projects on deep sea ecosystems. With limited experience in managing extractive resources and embryonic capacities to oversee offshore activities, Pacific Island governments must remain cautious in making decisions aboutwhether to engage with seabed mining activities, and consider how to do so in the best and long-term interest of their nations.

Conscious of the opportunities but also the risks, states in the Pacific Islands region have recently embarked on a regional initiative. This initiative is the development of policy and legislative regimes to manage seabed mining activities, with the assistance of the Secretariat of the Pacific Community and the European Union.

Seabed minerals: a new frontier
The recent discovery of rare earth elements in the deep seabed by Japanese interests, and the granting by Papua New Guinea of a pioneering offshore mining license for seabed mineral deposits 1500m below sea-level, has drawn renewed international attention to the Pacific region.

Resource competition continues to intensify for rare earth metals critical to the new high-tech and ''green'' economies, whereas China still maintains a near monopoly on current world supplies. Global demand for various other metals found within deep seabed mineral resource samples - copper, gold, manganese, cobalt, nickel and other strategic metals - is on an upward trend, sustained by the industrialization of the BRICS countries (Brazil, Russia, India, China and South Africa) and other emerging economies.

Since the discovery of polymetallic nodules in the abyssal plains of ocean basins in 1873, the deep seabed has been viewed as a potential new mining frontier. Marine mineral exploration in the 1970s and 1980s highlighted two additional seabed mineral types: cobalt-rich crusts found on the flanks of submerged volcanic islands and seamounts throughout the world's oceans (at depths of 400 - 4,000 meters), and seafloor massive sulfides (SMS) (or 'black smokers') that form along seabed ridges in water depths ranging from 450 to 5,000 meters.

A 21-year seabed mineral prospecting program run by the government of Japan in collaboration with the South Pacific Applied Geoscience and Technology Commission (SOPAC) investigated the seabed minerals potential in the Exclusive Economic Zones (EEZs) of 12 countries in the Pacific region. A number of Pacific Island countries (PICs) have since issued exploration licenses within their EEZs to exploration companies.

In a pioneering move, in January 2011, the government of Papua New Guinea granted Canada's Nautilus Minerals Inc the rights to extract SMS deposits containing gold, copper, silver and zinc from the Bismarck Sea under its ''Solwara 1'' tenement: a world-second deep sea mining license to be issued. The copper grades of SMS are found to be several times the grades currently mined onshore.

Pioneer state-owned entities from Japan, Korea, China and France now share the ground with private entities enticed by the estimated commercial value of seabed recoveries. Significant new investments in exploration activities presage prospects for a long term source of revenues for PICs. The economic development potential of this new offshore mining industry, enormously attractive for developing nations like the PICs, remains however to be balanced against the risks to the marine environment (that could impact on other essential industries), and existing capacities to monitor such developments and mitigate adverse impacts.

Initiated by PICs governments, with the support of the Metal Mining Association of Japan, the Pacific Islands Forum and SOPAC, a Workshop on Offshore Minerals Policy was convened in February 1999 in Papua New Guinea, which led to the adoption of some principles for the development of national offshore mineral policies (Madang Guidelines, December 1999).

Building on this initiative a decade later, PICs requested technical support from SOPAC to assist with the development of policy and legislative regimes to manage their deep sea mining potential. With funding from the European Union, SOPAC, now a Division of the Secretariat of the Pacific Community (SPC), launched in 2011, the ''Deep Sea Minerals Project'' to provide relevant assistance to 15 Pacific ACP states.

A dual regime for DSM activities
The UN Convention on the Law of the Sea (UNCLOS) divides the ocean space into maritime zones and prescribes rights and responsibilities within those zones, including conferring sovereign rights to coastal states over the seabed minerals within their EEZs and an overriding shared responsibility by all states for the protection and preservation of the marine environment. Beyond the limit of national jurisdiction the seabed is known as ''the Area''. State parties to UNCLOS recognize the seabed resources of the Area to be the ''common heritage of mankind.''

UNCLOS established a body - the International Seabed Authority (ISA) - to organize and control seabed minerals activities in the Area. States, through their own agency or through sponsorship of private contractors, can carry out activities in the Area under the control of the ISA and in accordance with its regulations. A special regime applies to developing countries, who are given preferential access to 'reserved areas'.

The ISA's regulations currently cover exploration only. Regulations for exploitation are aimed to be completed by 2016. Developing such a regime while so many scientific ''unknowns'' remain is challenging, and there is concern whether the ISA organs will have sufficient teeth to monitor contractors' performance and enforce compliance with the regime.Whether state party consensus on the exploitation regulations can be achieved remains also to be seen.

The ISA has already approved 17 contracts for exploration in the Indian, Atlantic and Pacific oceans. Lying between the Line Island Group of Kiribati and Mexico in the international waters of the Pacific Ocean, the Clarion Clipperton Fracture Zone, known for its elevated abundance of polymetallic nodules, is currently subject to 13 exploration licenses, including three sponsored by developing small island states, all from within the Pacific region: Nauru, Tonga and Kiribati.

Potential for development in PICs
With some of the world's largest EEZs and known seabed mineral potential, Pacific Island countries stand at the forefront of this new industry. But concerns are voiced regarding national regulatory capacities, particularly given the lack of scientific consensus on the risks to marine ecosystems and biodiversity associated with deep sea minerals.

To secure national development from resource extraction, a range of factors are at play including effective macroeconomic management and high quality governance institutions characterized by transparency and the rule of law. Comprehensive and well implemented legal and regulatory frameworks for deep seabed mining are a requirement of UNCLOS, and equally important to attract responsible foreign investors into a state jurisdiction.

For projects that entail such high risks, consistency of regulation and security of tenure would be a prime expectation for any creditable operators in this pioneering field. How states (and the ISA) formulate fiscal regimes for seabed mining taxes and royalties will also be key. Facilitating a viable industry must be balanced against securing appropriate return to the states (or for ''mankind'' in general) whose resources are being exploited.

As the SPC-EU Deep Sea Minerals Project assists PICs with the development of legal and regulatory frameworks to govern deep sea minerals activities, prospects are taking shape for a new economic opportunity for the Pacific region. But lessons must be learnt from history: from decades of negative social and environmental impacts from ill-managed onshore mining operations, and from failure to maximize returns to the state from the exploitation of other natural resources - on-land mining, logging and fisheries. Pacific states now have the opportunity of a new start, developing well-thought-out, precautionary, proactive policies and dedicated seabed minerals legislation before any mining activities commence.

The Cook Islands and the Kingdom of Tonga have taken the lead amongst PICs to establish national legislative regimes to complement the ISA's efforts at the international level - designed to uphold international law standards, minimize adverse social or environmental impacts, and the realization of economic benefits. All parties recognize, however, that the implementation of such regimes will be a challenging ''ask'' of small island governments.

Looking ahead, and building on the work of the regional SPC-EU Deep Sea Minerals Project, there is conceivable benefit to PICs adopting a collaborative approach at the regional level. Strengthening regional capacity to oversee and assist with legal and technical matters, and the setting of minimum standards on a regional basis, for the management and monitoring of DSM activities is recommended.

A coordinated negotiating bloc of PICs, using pooled capacity for regulatory mechanisms, could support equitable and sustainable development across the region, rather than mere exploitation of those non-renewable resources. A different kind of ''race to the bottom'' could be avoided if PICs coordinate, rather than compete, to attract investors.

By Dr Cristelle Maurin Legal Consultant at the Applied Geoscience and Technology Division (SOPAC) of the Secretariat of the Pacific Community, Suva Sub-Regional Office, Fiji. Produced with the support of Akuila Tawake and Hannah Lily.

This article was originally published as a Policy Brief for the Institute for Security and Development Policy, Sweden. Courtesy Joyo News Indonesia