The problem of Vietnamese gradualism in economic reform 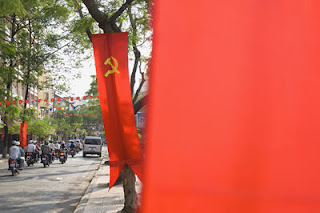 In February 2013, the Vietnamese government approved a master plan on economic restructuring for the period 2013–20, which aims to address the current problems in Vietnam’s growth model

Thanks to Doi Moi (the country’s economic reforms initiated during the 1980s), Vietnam successfully escaped the poverty trap and emerged as a lower middle-income country in the late 2000s. But, from around 2007, the Vietnamese economy entered a new phase, which has been characterised by slow growth, weak international competitiveness and macroeconomic instability.

In the past two years, Vietnamese leaders have recognised these problems and decided to revise the current input-driven and inefficient growth model. They have identified three areas of concern: state-owned enterprises (SOEs), the financial system and public investment. According to the master plan, reforms will be made in these three sectors over the short run (2013–15). The economy is subsequently expected to grow in a new, efficient, productive and internationally competitive pattern by 2020. The long-term goal is for Vietnam to become a modern industrialised country by this time.

The problems analysed and the diagnostics proposed in the master plan are basically correct. But the master plan is too general, and it should have centred on the most important issue — the full-scale reform of SOEs. This would provide an important foundation for more comprehensive reform of the whole economy. But for this reform to happen, Vietnam needs to reject the long-term development path currently being promoted — a socialist-oriented market economy.

The SOE sector must be first reformed because it affects the other two sectors in need of reform. SOEs, especially state economic conglomerates, have influenced the lending activities of the banking sector and lobbied for public investment projects. Problems within the SOE sector have largely stemmed from the nature of the transition from a planned economy to a market economy, which can be characterised as ‘gradualism with Vietnamese characteristics’.

The typical gradualist transition strategy has three phases. In the first phase, the government postpones SOE reforms and promotes the development of non-SOE sectors, such as domestic private firms and FDI. This tends to push non-SOE sectors to grow at a higher speed than SOEs, resulting in a steady decline in the latter’s position in the economy. In the second phase, SOEs are gradually reformed through exposure to hardened budget constraints and market competition. Finally, in the third phase, the privatisation of SOEs is undertaken, and the state maintains ownership only in justifiable areas.

The Vietnamese style of gradualism is different. Even though their importance in the national economy has declined, SOEs still occupy a strong position in many areas; enjoy preferable access to capital, land and other resources; and operate under soft budget constraints. SOEs have received favoured treatment and have been sheltered from global competition. This is a source of inefficiency for SOEs themselves and for the economy as a whole. And since 2006 SOEs have been allowed to reorganise and group into conglomerates (called state economic groups), which have affected the direction of economic policies in Vietnam and distorted the allocation of resources. The distortion of factor markets has also been intensified by vested interests and a cosy government–business relationship.

The lack of corporate governance has led to irresponsible investment by many SOEs. It is also significant that many SOEs are active in the fields of import substitution industries, real estate, finance and other service sectors. They do not engage in the production of manufactured goods for export, and SOEs have a monopoly in heavy and chemical industries that do not have international competitiveness.

One major consequence of policies favouring SOEs is that the private sector has been placed at a disadvantage. It has not benefited from expansionary credit policies (such as the stimulus policy in 2009) but has had to suffer the effect of tightened credit policies (such as in 2011). Because private Vietnamese firms, along with international firms investing in Vietnam, are major industrial producers and exporters of manufactured goods, their disadvantageous position has weakened the country’s international competitiveness.

In a word, the root of Vietnam’s current economic problems is the country’s style of gradualism. In the earlier stages of Doi Moi, the gradualism of Vietnam’s transition strategy was effective because reforms focused on agriculture and FDI, and the existence of SOEs was not an obstacle in resource allocation. But SOEs have now become state conglomerates, affecting Vietnam’s economic policies and factor markets.

The protection of SOEs has been justified by the so-called socialist-oriented market economy. Regretfully, the master plan has reemphasised that Vietnam will follow this policy as the basic path of national development. So long as the term socialist-oriented economy is not rejected, real SOE reform will be difficult to achieve.

Tran Van Tho is Professor of Economics in the School of Social Sciences, Waseda University.
A more detailed view of the author’s argument can be seen in ‘The Vietnamese Economy at the Crossroads: New doi moi for Sustained Growth’, which will be published in the forthcoming issue of Asian Economic Policy Review.