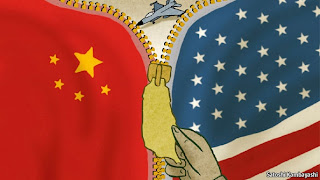 Taiwanese president Ma Ying-jeou’s mantra of ‘no unification, no independence, and no use of force’ is coming under increasing strain

This pressure is due to a number of factors — Washington’s benign neglect of Taiwan, Beijing’s ever-stronger leverage over Taipei, and Taiwan’s own strategic confusion.

In its second term, the Obama administration appears to be abandoning its ‘pivot to Asia’ to focus more on the US homeland. In February, President Obama neglected foreign policy in his State of the Union address. And the departure of the leading architects of the so-called pivot to Asia — including Secretary of State Hillary Clinton and Assistant Secretary of State for East Asian and Pacific Affairs Kurt Campbell — has taken away much of the impetus for the pivot. Replacing Clinton is the new Secretary of State, John Kerry, who has expressed significant reservations about the pivot. He is concerned that it might provoke an unnecessary reaction from China, and contribute to US–China tensions.

At the same time, the US domestic policy debate about China has seen the rise of an ‘accommodationist’ school that advocates acknowledgement and appeasement of China’s claim over Taiwan. This is manifested in two ways. First, the US defence establishment has come to the realisation that America’s conventional assets are no longer sufficient to help Taiwan defend itself against Chinese aggression. Second, a debate is being waged over the wisdom of a ‘Finlandisation’ of Taiwan. The proponents of this formula argue that America should concede Taiwan to China’s sphere of influence, in the hope that appeasement over this issue will be sufficient to shift Beijing’s strategic orientation from revisionism to pro-status quo on other important issues.

Meanwhile, President Ma Ying-jeou’s re-election in 2012 has led to heightened interest about whether he will further accelerate cross-strait integration with China beyond the realm of economics. Beijing can be expected to pressure Ma to engage in serious talks for greater cross-strait political linkages, especially now that Ma can no longer cite coming elections as a reason to delay. The new chairman of Taiwan’s Mainland Affairs Council, Wang Yu-chi, recently committed to submit proposed legislation that would authorise the establishment of semi-official representative offices in China and China’s counterpart in Taiwan. If this goes ahead, it will help shift the economic effect of cross-strait integration into the political realm as well. At this crucial time, the Ma administration is running the risk of prioritising cross-strait relations to the neglect of its American ties.

But when asked to review Taiwan’s strategic orientation in a recent interview, King Pu-tsung, Taiwan’s representative to the United States, commented: ‘We have our own pragmatic approach to survive … [In terms of juggling relations between the U.S. and Mainland China] It is a very strategic ambiguity that we have. It is the best shield we have’. King also indicated that Taiwan intends to buy American F-22s, F-35s and submarines, ‘even just for their symbolic value’ — because they signify a tacit American security commitment to Taiwan in the absence of formal security assurances.

Herein lies the contradiction of Taiwan’s strategic orientation. Taipei is effectively telling Washington that it intends to secure an American security commitment to come to Taiwan’s defence in the event of Chinese aggression. But, at the same time, Taipei is not willing to reciprocate by committing itself to the US side in the emerging Sino–American geostrategic rivalry.

It may be strategically sound for a small state caught between two superpowers to take some form of under-the-table, opportunistic approach. But openly describing the US–Taiwan relationship in mostly transactional terms will likely hurt Taiwan’s public diplomacy in the United States. These developments suggest strategic confusion and torpor in Taipei.

In short, there are noticeable shifts in the strategic superstructure of US–PRC–Taiwan relations. The economic infrastructure of cross-strait relations is tilting in Beijing’s favour. The United States is set to look away and has been developing a political rationale for accommodating Chinese ambitions over Taiwan. China is using its asymmetric economic interdependency with Taiwan to entice Taipei into institutionalising greater political linkages.

President Ma’s ‘no unification, no independence, and no use of force’ formula was meant to freeze the cross-strait status quo, but it is becoming harder to sustain for a number of reasons. Taiwanese independence is becoming expensive. Cross-strait union is becoming more acceptable in Washington. And the collective military deterrent necessary to prevent Beijing from use of force is becoming less credible, in part due to Taipei’s own strategic ambiguity. As the Ma administration enters into its sixth year, it is high time that President Ma formulates a clearer strategy for engaging Washington and Beijing. In this way, he will honour his pledge to preserve Taiwan’s future freedom of action.

Wen-Ti Sung is a PhD candidate at the School of International, Political, and Strategic Studies, the Australian National University.