Bali and Land Ownership -A Fool and His Money 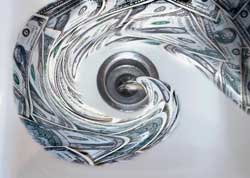 Editorial: West Australian Interview with Bali-based Property Broker Unintentionally Raises More Questions than it Answers.
The West Australian has carried an article quoting the director of the Bali-based Saville Rowe Property Group  describing how “freehold ownership” is increasingly popular among Australians investing in real estate in Bali, as opposed to those merely leasing land and property on the Island.

Quoting Jason Vershaw of the Saville Rowe Property Group, the property broker readily admits Indonesian law specifically prohibits foreign ownership, but then describes “how to get around the law” by using renewable leases and nominee Indonesian landowners.

The article quotes Vershaw who describes the nominee process, saying: "The local person's name is put on the deed and they are paid a gratuity for that service. But there are protections for the foreigner, as the local does not have the power to sell the property without the foreign owner's permission, and there are many documents and witnesses to protect the foreigner."

Unfortunately, Vershaw and his group are not alone in dispensing this sort of questionable legal advice to foreigners eager to own their piece of paradise, contributing along the way to Bali’s current over-blown property market.

Admitting that people “had been burnt in Bali” in the past, Vershaw offers the assurance  that reputable agents, abiding by a code of ethics, now help expats “buy safely.”

While we do not know Vershaw, his property group or that group's reputation for ethical business practice, we do believe that anyone suggesting ethical behavior is involved in transaction that offers to sell freehold property to foreigners in Bali is, at best, playing loosely with both ethics and the law as it is currently written in Indonesia.

Offers to transfer freehold title to a foreigner in Indonesia are patently untrue and do not synchronize either the letter or spirit of the law as now written. Such transactions also ignore very real potential pitfalls ahead for foreigners seeking to "own" land in Indonesia.

Consider the following:
Foreigners living or working in Indonesia would do well to obey the laws of their adoptive home. Those holding Indonesian law in contempt by looking for loopholes and ways to “bend” the rules to their own devices are involved in a dangerous game with costly consequences in the long-term.

It must also be borne in mind that those viewing the law as a manipulative plaything, will find themselve in a most hypocritical and sadly ironic position when they attempt  to seek shelter and protection under the very same legal system that they have tried to subvert in the past.

It our steadfast contentions that the term “freehold” – when used in local real estate promotion to foreign customers, should be seen as prima facie indications of unethical intent. The Indonesian term for “freehold” is “hak milik” and the Indonesian term should be the only term allowed  and then limited in its use only with Indonesians within the context of Indonesian land transactions.

In the end, “freehold” land ownership remains the exclusive domain of Indonesian nationals. Anyone using the term “freehold” in the Indonesian context, and particularly when dealing with foreign nationals, needs to be earnestly asked if he genuinely knows what he’s talking about?

[Regulation of Property Ownership by Foreigners]

© Bali Discovery Tours. Articles may be quoted and reproduced if attributed to http://www.balidiscovery.com.