Ageing societies: a race against time 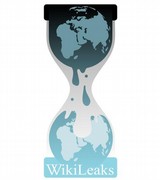 But the expansion of Asia’s population and its economic power will take place in the context of another very dramatic demographic change: its population is ageing, and fast.

Some countries, such as Japan, already have an elderly population that makes up a larger proportion of the total population than at any time in their past. Others, such as China, are still young but ageing faster than many advanced economies, including Australia and the United States. The changes have been a long time in the making. But recently China’s vice premier, Hui Liangyu, publicly said that the scale and speed at which the population was ageing had exceeded expectations, and that ‘China has not adequately prepared to respond to the ageing population’.

What does Asia’s demographic transition mean in economic terms? And what policies, institutions and economic structures can Asia put in place to respond and take advantage of the changes? In particular, Asian societies will have to find an effective way to transfer economic resources between and within generations, ensuring adequate retirement incomes for the old.

Reforms to the way retirement income and healthcare are provided represent a macroeconomic opportunity to rebalance growth across Asia — a chance to allow individuals to pool risks associated with income and health shocks and to reduce the need for households to have excessive precautionary savings.

The scale of the challenge differs according to the timing and speed of the transition. Countries that are ageing fastest include Japan, Korea and Singapore, whose age-dependency ratio — the proportion of older people (65-plus) to working-age people (15–64) — will be between 58 and 70 per cent by 2050. For Singapore, this means more than a quadrupling of the dependency ratio from 14 to 58 per cent in less than two generations.

China and Thailand, with a projected age-dependency ratio of over 40 per cent in 2050, will have an age structure that is older than those we expect to see in Australia and the United States. At the other extreme are countries such as India, the Philippines and Pakistan, which will have an age-dependency ratio well below the current OECD average of 27 per cent in 2050, despite some ageing.

Population ageing is driven by increases in life expectancy and decreases in fertility, two factors that have contributed to rising economic growth across Asia in the past two decades. In the period preceding population ageing, large numbers of working-age people, unencumbered by the need to look after large numbers of children or the elderly, and leading longer, healthier lives, were free to participate in the labour market. This phenomenon has come to be known as the ‘demographic dividend’. Estimates vary, but some analysts have calculated that the demographic dividend may have accounted for between one-quarter to one-third of high growth rates in the ‘East Asian miracle’. The large number of working-age people relative to the total population provides an opportunity to set up policies, institutions and economic structures that will be favourable in the final stages of demographic shift.

A large proportion of Asian countries are currently at the top of the working-age population hump. For them, the window of opportunity to prepare for an older population will close within the next decade. Thereafter population ageing is likely to hold back economic growth — something the Chinese government is acutely aware of, referring to population ageing explicitly when it lowered China’s GDP growth target in 2012 to a seven-year low of 7.5 per cent. Future growth will rely more heavily on higher productivity as urbanisation drives farmers to factories, and as technology and education raise the efficiency of existing urban (and rural) workers.

A key difference between advanced countries and the emerging Asian nations, and one that makes it all the more important to capitalise on the demographic dividend, is that the speed of Asia’s demographic transition means that many countries risk growing old before getting rich.
So how can Asian countries take advantage of this window of opportunity? They can start by reforming retirement income provision systems, especially given the retreat of family support. In this regard, four key lessons can be learned from the mistakes and successes of advanced economies.
The first relates to the structure and generosity of the retirement income system. Many Asian countries have a pension system that revolves around defined benefit schemes. These pay earnings-related pensions were once popular in Europe, where they have resulted in unfunded liabilities with a worsening ratio of pension recipients to contributors. To remain solvent, they require features that account for demography (such as those implemented in Germany or Sweden). China’s generous urban worker’s scheme will need similar reform. It is only affordable now because it is not yet mature or widespread.

Second, how and when people can access pensions will affect both schemes’ affordability and incentives to work. The demographic dividend experienced by OECD countries in the late 20th century meant that for a period of time pension systems became more generous and allowed people to retire much earlier than they had in the past or will be able to in the future. There has been much backpedalling, and pension ages have been increasing across the OECD since the late 1990s. Official pension access ages are relatively low in Asian countries outside the OECD: on average 59 for men and 57 for women. This is low even adjusting for lower life expectancies.

Third, an adequate pension level should not be sacrificed in the pursuit of financial sustainability. Large proportions of Asian populations are not covered by pensions — not surprising given the region’s stage of development. But as regional urbanisation dilutes intergenerational ties, and longevity increases, countries will need to expand pension coverage to a greater proportion of the population at much lower levels of GDP per capita than were enjoyed in the West. This is a particular problem for social pensions that focus on the poor.

Finally, an adequate pension should amount to a regular income in retirement. Purchasing an annuity product, as opposed to spending a lump sum, can insure the purchaser against longevity, investment and inflation risk. The mandatory saving systems that do exist in the region often only offer lump sums, with few options to purchase an annuity. This challenge also exists in developed countires in the region such as Hong Kong, Australia and, until recently, Singapore, where the government has recently stepped into the market.

The private sector, too, can benefit by paying attention to demographic trends. It could invest in the capacity to provide financial services that will help transition Asian workers into retirement, much as has happened with assets built up by baby boomers in the OECD. Total pension assets in the Asia Pacific (excluding Australia, New Zealand and Japan) were worth nearly US$500 billion in 2011, and continue to grow.

But well-functioning private pension markets require certain preconditions relating to regulation, incentives, cost structures, market depth and flexibility, and workforce skills. Here, experts from countries such as Japan and Australia may have a competitive advantage to contribute to the development of the region’s pension and insurance system.

Both have extensive experience in population ageing research and policy implementation. They have the largest pools of pension assets under management in the region and world-class financial expertise. Australia’s financial and insurance industry is as large as its mining industry, but it exports very little and it is only now that some institutions are beginning to open foreign offices in the region.

Superlatives about Asia’s economic miracle abound. These will now expand to include the speed and scale of the region’s population ageing. What we are realising is that the Asian century will also be a grey one — an important concept to grasp for countries, institutions and individuals wishing to understand their place in its future.