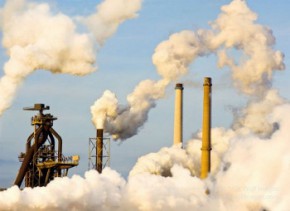 A tale of three cities
Asia, with its burgeoning wealth due to higher education levels and soaring economies driven by increased exports to the US and the EU, is reflexively stoking internal demand for fossil fuels.

The issue is generating serious concern because if the region develops similarly to countries in Western Europe or the US with the traditional model of fossil fuel usage, not only will tremendous pollution be generated, but global warming may prove unstoppable.

This article highlights three burgeoning cities in Asia that are hooked on fossil fuels, with no foreseeable change in the near future to alternative or renewable energy (ie. solar, geo, or wind) beyond token political efforts. Fossil fuels are driving Asia, but at what long term social, economic and environmental costs? Mindsets and paradigms on fossil fuels must change to address. Consider three medium sized cities:

Busan, Korea (population 4 million), - This is the major industrial port for the roaring Korean export economy of Samsung, LG, and Hyundai. Shipping here is enormous. New overpasses, loading cranes, container cars, bridges are clearly visible. Numerous buses, trucks, and vehicles all fueled by fossil fuel make this city vibrant. It is a microcosm of what is happening around much of exporting Asia in regards to shipping activity. Products bound for Western markets require significant fossil fuel inputs and transport costs, generating more and more economic activity.

Bandung, Indonesia (population 2.5 million),- This is the playground and educational/leisure city for the wealthy of Indonesia and now with a bigger airport, Malaysian/Singaporean weekend tourists. It is in the hills with cooler weather. On any given day, especially, weekends, huge traffic jams form on its narrow, winding streets that can stretch for kilometers. Shopping malls, hotels, new villas are being built all over, with ingress and egress dictated by subsidized oil. Traffic has got so bad that recently the city government required that cars entering on the freeway from Jakarta at rush hour have four passengers aboard. Even Jakarta with its mind-boggling traffic jams only requires three passengers at rush hour! Bandung demonstrates the economic boom in Indonesia created by fossil fuels due to an export boom in oil, gas and coal to India, South Korea, and China.

Colombo, Sri Lanka (area population 1 million) - After years of civil war, Sri Lanka is on the move, and trying to make up for lost time. In Colombo, the streets harken back to days of the British Empire, and haven't been upgraded much since then. Cars, three-wheeled tricycles, and buses are clogging roads, and property prices are soaring with new economic vibrancy. An expensive airport is taking on many new visitors and also serves discount airlines. The Colombo stock market index was the world's best performer in 2011 with returns of almost 50 percent. Consumer fuel subsidies in resource-scant Sri Lanka help to keep the boom going, but are quickly depleting government coffers, and contributed to a currency devaluation in 2012, nonetheless the roots of new fossil fuel addicted country are apparent everywhere.

Individually, none of these cities is doing anything 'wrong'. They are all developing their economies as they see fit, based on a historic precedent of oil and gas-fueled growth. However, this situation, when taken in aggregate is simply not sustainable for the planet we live on. When all the cities of an emerging Asia (especially considering China/ India), Africa, and South America are summed up, we have a problem with the world's fossil fuel demand addiction that becomes more readily apparent.

While Korea does not use fuel subsidies, its export model, via state-favored chaebols, provides a GDP high enough to import enough fuel to stoke its economy. In essence, the latter places, Colombo and Bandung are emblematic of emerging NICs (newly industrialized countries) that need to keep the export model humming by way of fuel subsidies.

Purchasing power in these countries is still too low to create serious sustainable demand for higher priced products if the economy has a downturn, or as the IMF and World Bank demand, consumer fuel subsidies are stopped or limited. The fossil fuel addiction thus becomes a consumer 'right' in these places. Economists (going back to Milton Friedman) don't have a clear plan for these issues. They have recommended that fuel prices in these countries be allowed to climb to world market levels, but this is not a solution.

The average citizen seems to get this implicitly. Higher prices might force a change in lifestyle, such as using motorcycles and eating less meat, for example, as economists predicted, but doing neither is liked, and people will and do protest, sometimes violently. No one considers a forced change in lifestyle, in this era of CNN and Facebook, an honest solution.

There are major problems created with these situations in an emerging and financially powerful Asia that must be addressed due to the fossil fuel addiction:

Despite the rhetoric, any initiatives with solving global warming or CO2 reduction will be ignored or weakened. The addiction to cheap fossil fuels creates resistance to paying for costly and unproven alternative technology. For example, in Indonesia, a kit to change cars from using gasoline to burning natural gas is about $1,500. While a tremendous idea, $1,500 is almost half the US$3,495 per capita annual gross domestic product, Further, such a change would void manufacturing warranties on vehicles.

Suburban communities will become even more scattered, increasing the addiction. Most of humanity' living space is then pre-texted on the idea of expansion, not centralization. For example, China is creating new 'satellite cities' like the US created with 'Levittowns' in the 1950's, far removed from urban centers. As China is heavily dependent on fossil fuel, fueling these new areas will only strengthen this addiction.

Any cost inputs with fuel will course radically through the system, creating price increases and keeping those dependent on subsidies ever more dependent. Sri Lanka's currency devaluation, due to increasing imports of fuel, has stoked food inflation for example.

If Asia, home to 60 percent of the world's population, seeks to develop like the US or EU on fossil fuels, we will need the equivalent three to four planets at current resource burn rates. Simply put, there are not enough oil wells or coal mines to sustain this activity for long on the planet we have. Deep sea oil drilling, mining tar sands for oil, clear cutting jungles for open cut coal mines, etc, are destroying the planet at a rapid rate. In the meantime, however, according to several sources, new technology allowing for shale oil extraction means a vast leap in the amount of fossil fuels that will be available. In 2020; just seven years from now, a research paper published last year for the UK-based energy company BP by Harvard University's Leonardo Maugeri says the world will be producing 49 million more barrels per day of crude and natural gas liquids than it is today. Both China and India are discovering shale oil deposits. That will mean a dramatic jump in the amount of fuels available and a dramatic jump in the amount of carbon dioxide that will pour into the atmosphere.

A rethink, starting with the entire Asian export model and the fossil fuels enabling it are in order. With 7 billion people on a planet of dwindling resources, the lights are flashing red.

(Will Hickey is a Fulbright professor of energy and human resources and associate professor of management at Solbridge International School of Business in Daejeon, South Korea)