Asia's Consumers and the Environment 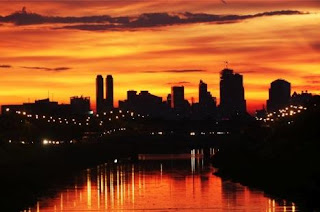 United Nations projections suggest that in China alone the urban population will grow by more than 390 million during the first two decades of this century, a figure greater than the current population of the United States, Canada and Australia combined.

This urban shift is lifting tens of millions of people out of poverty and producing a large population of consumers with money to spend on goods and services beyond basic necessities. It has been calculated that when the United Kingdom began to industrialize in the 18th century it took more than 150 years for GDP per capita to double; the United States and Germany achieved a similar doubling in the 19th century in 53 and 65 years, respectively; and in the early 20th century Japan took only 33 years.

At the close of last century China had doubled its GDP per capita in just 12 years, while India, starting a little later, did it in 16. Asia's population is becoming more urban, and its cities are increasingly dominated by a rapidly growing class of consumers. How these new consuming classes decide to spend their money will have major consequences for local and global economies, culture, politics and - not least - for the environment.

Income and what is available in the market are now the only tangible limits on consumer choice in Asia. But in reality the choices people make when they buy are influenced by the cultural and symbolic properties of the item chosen. The status of an item is often just as important as - or even more important than - its physical or sensory properties. For example, drinking coffee in a Starbucks in Shanghai says more about the consumer than the fact that they are simply thirsty. It also establishes their place in a social world and projects for them a shorthand 'identity.'

This kind of behavior is taking Asian economies by storm as millions more every year enter the ranks of the consuming classes. Some Western economists believe sustaining this growth of demand in Asia is key to overcoming the effects of the current global financial crisis. In any event, what people choose to buy today helps determine what tomorrow's society will look like, so understanding Asian societies demands that we examine how cultural, political, community and market forces (including the international media and the internet) inform their consumers' behavior.

The rise of the consuming classes involves considerable geographic and social change, to which social and cultural institutions will have to adapt. The new classes are bringing about a shift in values, attitudes and preferences. It seems some Western commentators never tire of speculating about how this may give rise to more Western-style liberal democracies, but there is little evidence to support this idea.

In fact, what have often been seen as 'middle-class' interventions in politics in Asian countries have not necessarily led to greater democracy in the past. Asia's consuming classes are diverse and fragmented, and they are generally more comfortable with state authoritarianism than were the bourgeoisie and middle classes when liberal democracy was forged in the West. Still, the consuming classes in Asia will take action to protect their property rights, the value of their credentials and the rule of law. In this way they can be expected to challenge elites and have a somewhat transformative effect on governance.

Meanwhile, the environmental issues raised by the growth of the consuming classes are perhaps the most urgent and interesting of all. The metabolism of a city produces vast amounts of waste, much of it the result of household consumption. It has often been noted that as countries industrialize local pollution levels tend to follow a Kuznets curve: in the early stages of industrialization pollution increases rapidly, but once a country reaches a certain level of prosperity citizens demand a cleaner environment and the country's new wealth allows it to put some environmental quality controls in place, so pollution levels begin to come down again.

Although pollution in Asian countries receives a lot of media attention, a 2007 UN Environmental Program report suggests the rate of pollution in many of them is lower than it was in Western countries at similar levels of industrialization. And a recent econometric study of Asian economies by the Asian Development Bank shows that after controlling for the level of development, higher levels of urbanization are actually associated with lower levels of pollution.

Greenhouse gas emissions stand apart as something that consumer choices can exacerbate or help ameliorate. Climate change is a genuinely global environmental problem and mitigation is a classic prisoner's dilemma - every country stands to gain by encouraging other countries to contribute the most to mitigation while doing as little as possible themselves. After an exhaustive study of the policy options for dealing with this dilemma from an economic perspective - that is, using the usual 'sticks' and 'carrots' of market forces and government regulation - Nicholas Stern concluded that while conventional policy instruments are absolutely essential for solving the problem, they are not sufficient. An added element is required, namely public policy aimed at changing attitudes and preferences.

In his famous 2006 Review for the UK government Stern wrote: 'Refusing to move the argument beyond one of "sticks" and "carrots" would miss much of what is important to policy formation on climate change. Alongside the influence of preferences in the community, leadership by governments, businesses and individuals is important in demonstrating how change is possible'.

Stern's report showed that lifestyles - including those aspired to, as well as those actually lived - need to change around the world. One way to bring about that change is to educate people in responsible consumer behavior and to encourage environmentally friendly consumption patterns. The sheer size and growth of Asia's consuming classes combined with their potential to transform the societies they live in means they could be an important part of any global solution.

The fact that many new consumers are only just figuring out what to do with their growing wealth provides an opportunity. Policy makers and researchers need to pay attention to how lifestyles are evolving in Asia and how they can be made more sustainable. How the consuming classes of the region spend their money is a question of global significance.

(Adrian C. Hayes is the inaugural chair of the International Union for the Scientific Study of Population's Scientific Panel on Climate Change and adjunct Associate Professor of Population at the Australian National University.This article appeared in the most recent edition of the East Asia Forum Quarterly, 'Demographic Transition'.)