Vietnam’s Blogosphere: The Battleground for Rival Factions of the Ruling Communists 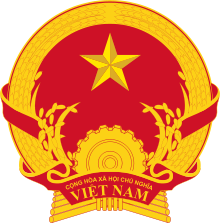 Vietnam’s ruling Communist Party is not looking back on a good year. The country’s economy is in trouble; the authoritarian leadership is split; and what appear to be rival Communist Party factions, seeking to rouse the dissenting voices of social media for their own ends, have unleashed a wave of online protests that has become increasingly difficult to contain.

Over the last year, blogs purporting to feature insider dirt on Vietnam’s ruling elite have caused an avalanche of criticism against those close to Prime Minister Nguyen Tan Dung. One blog, Quanlambao (Officials Doing Journalism), appeared in the spring, publishing allegations of murky ties between big business and members of the Prime Minister’s family. Quanlambao alleged, for example, that the Prime Minister’s 34-year-old daughter Nguyen Thanh Phuong, an investment manager with a Swiss university degree, was bidding for contracts with disgraced tycoon Nguyen Duc Kien, who was arrested on corruption charges in August. Phuong vehemently denies any impropriety, and the attacks have been so virulent that Tuong Vu, associate professor of political science at the University of Oregon, speculates they must have been “launched by a faction or some interests who want the Prime Minister to go away.”

By September, the Prime Minister had had enough of Quanlambao and signed an administrative order No. 7169, instructing officials to clamp down on the publication of such blogs and, paradoxically, not to read them in the firstplace. A month later, Quanlambao had gone quiet, but its brazen style had already inspired journalists to establish other anonymous blogs featuring stories that they could not report on in government-controlled media. “Rival factions in the party have tried to use online blogs to counter other factions,” says Vu. “But now the blogosphere has gone out of the control of the government.”

According to Carlyle A. Thayer, emeritus professor of political science at the University of New South Wales in Canberra and a longtime Vietnam watcher, the new blogs have set “the house on fire and are being read by everyone.” Danlambao (People Doing Journalism) is one of the most popular blogs. It notched up half a million page views on Sept. 12 — the day of the Prime Minister’s antiblogging decree — according to an open letter by its anonymous editorial team. “Our contributors include not only independent newsgatherers and freelancers, but also reporters from mainstream media and informants from within the government,” the letter said. Danlambao, along with similar blogs like Cau Nhat Tan and Xuandienhannom, has covered dissident trials, forced relocations, official waste and graft, the country’s struggling real estatemarket and Vietnam’s territorial disputes with China.

The world of social media is also becoming a forum for dissent. Facebook is booming in the Southeast Asian nation. Almost a million Vietnamese joined the network each month over the past half-year, making Vietnam the country with the highest growth rate in Facebook users globally, according to the social-media analysts at Socialbakers. Over the year, the total number of users, who are mostly young, urban and educated, doubled to 10 million — a ninth of the population — prompting some of the country’s most outspoken journalists to move from blogging to publishing on Facebook. One of these is San Truong, better known as Huy Duc, who is currently a Nieman fellow at Harvard University. He has some 5,000 friends and 13,000 followers on Facebook, where he regularly publishes articles commenting on the latest conflicts between the Prime Minister and political rival President Truong Tan Sang. “People like me won’t have to go back to official media as long as we can debate online,” he says.

Poor economic performance has exacerbated social dissatisfaction. The country fell from 112th in 2011 to 123rd place this year in Transparency International’s Corruption Perception Index. High-profile corruption has dominated the news throughout the year and made appearances in popular culture too. The hit television series Dan Troi (Heaven’s Altar) portrayed the lives of a corrupt provincial party secretary, a businessman and a corruption TV station director, bribing their way up to higher positions and greater wealth — a fictional tale that seemed all too real to many Vietnamese. In April, Pham Thanh Binh, chief executive of state-owned Vinashin, was sentenced to 20 years in prison for bringing the country’s largest shipbuilding company to the brink of bankruptcy. In August, Nguyen Duc Kien, a banking and soccer tycoon, was arrested for “illegal business.” Weeks later, police in neighboring Cambodia arrested Duong Chi Dung, chairman of Vietnam’s largest shipping line Vinalines, who went on the run after the company defaulted on more than $2 billion in debt, according to official media reports.

Prime Minister Dung has meanwhile been overseeing a period of high inflation, with consumer prices up 9.4% on average every month this year compared with last, according to official figures. Government economic strategy, heavily reliant on propping up large state-owned companies, seems to be flagging. On Dec. 24, the country’s General Statistics Office reported the lowest economic-growth rate in 13 years — the lowest among its Southeast Asian neighbors. Foreign investment pledges fell by 14% this year, Moody’s has downgraded the country’s government bonds (citing “a high degree of macroeconomic instability”), and the country’s benchmark VN Index was Asia’s worst performing stock index last year.

Despite these setbacks, a culture of protest is growing. For now, nationalist demonstrations against neighboring China’s investments in Vietnam and its territorial claims in the South China Sea outnumber protests against official corruption or in favor of democracy. But the tendency is for young nationalists to form united fronts with other dissenting groups, including democracy activists. “You can see that the links have become stronger,” says Vu. “Now they have started to link to farmers protesting against land grabs, they have started to link to Christians who contest government religious politics.” While many still believe that antigovernment blogs are tolerated because their existence suits certain factions of the Communist Party, it is safe to assume that the deepening of ties between opposition groups was never the intention of any apparatchik — and that may make 2013 an even more difficult year for the Vietnamese government than 2012.