Misperceptions of Outsourcing Could Hurt Growth in Indonesia 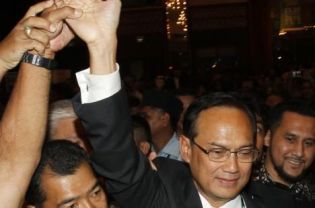 India’s $100 billion IT and services outsourcing industry was built over three decades of hard work and innovation. Recognizing that companies in the United States and other Western economies were no longer able to compete as costs for back-end operations were rising fast, Indian entrepreneurs moved in to set up offshore back-end operations.

Sensing an opportunity, Indian entrepreneurs established call centers and offered other services at a fraction of the cost. The rest, as they say, is history, as the outsourcing sector is now one of the pillars of the Indian economy, creating thousands of well-paying jobs and offering new opportunities to young entrepreneurs.

Infosys, the sector’s star performer and a multi-billion-dollar company, was created by a group of entrepreneurs in the 1980s with only $250 in start-up capital.

While incredibly successful, the outsourcing industry in India is also evolving and changing according to changing market forces. This is what the marketplace demands. Countries and economies that can adapt to rapid changes will prosper while those that choose to fight to preserve the old ways often die a slow death.

Outsourcing is not a new concept. In fact, it is a trendier, more modern term for sub-contracting, which has been part of the business landscape for more than half a century. But listening to the raging debate here at home, especially from labor unions, one would think that outsourcing is a grave threat to workers and the Indonesian economy.

Even senior cabinet ministers have recently spoken out against outsourcing and the government is now mulling new regulations to restrict outsourcing to just a few sectors such as catering, security and cleaning services.

This perception could not be further from the truth. Outsourcing is part and parcel of today’s globalized economy. Rather than seeking to limit it or even kill it, the government and the labor unions should instead be championing outsourcing as another pillar of the Indonesian economy.

But before we can get there, first we need to bring the debate back on track. In Indonesia, outsourcing is often referred to as “alih daya” or transferring control when in fact it should be called “sumber luar,” using outside sources when those resources are not available in-house.

This misperception is at the heart of the opposition against outsourcing and we must correct it before it is too late and damages the economy. We must be careful not to enact regulations that choke the economy and stifle creativity just because we misunderstand a concept.

By outsourcing work, companies are not ceding control over certain activities but using the expertise of others to fill some gaps.

Lets take the analogy of eating pork, which is forbidden in Islam. Since pork is haram, we are now forbidding people from eating or only eating four selected foods such as vegetables, fruits, chicken and fish when in fact the body needs a wide variety of food and vitamins to stay healthy. By limiting what it can consume, we are depriving the body of vital nutrients that are present in other foods. What is forbidden is not the act of eating but the consumption of pork.

This also applies to the economy. If we limit outsourcing to only selected industries, we are in fact preventing the creation of new services and industries from emerging. Can large companies, for example, hire young, creative IT professionals to help create new digital products?

What would happen to the fast-growing web design sector if companies can only rely on their own staff to create new websites? The government, for example, has mooted the idea of fostering an IT sector in Bali where young creative digital entrepreneurs will be able to set up start-ups. Will the new proposed law now make such activities illegal?

Do we seriously want to limit the growth potential of the economy and retard our own creativity? That is exactly what the opposition to outsourcing will lead to if the government goes ahead with its proposed legislation.

It is therefore critical that we look at what the actual problem is and address it instead of forbidding outsourcing. The real source of the problem and what irks labor unions is unfair contracts, not outsourcing activities per se. Many of the companies that offer such services often employ their staff on very short contracts, which do not offer medical and other benefits.

This is the heart of the problem, which the government must address in consultation with the private sector. The current labor laws make it prohibitive for many companies to hire large numbers of staff on a permanent basis so they resort to short-term contracts.

As such, the Labor Law disadvantages both workers as well as employers. The government needs to address this issue if Indonesia is to compete with other fast-emerging economies. In the interim, one solution could be for the Ministry of Manpower to offer guidelines on the minimum requirements for short-term contracts.

In today’s globalized economy, no country or company can rest easy. The competition is always looking to find new ways to do better than us, so we too must stay on our toes.

The Indian outsourcing industry, for example, is feeling threatened by China and Vietnam, new entrants to the industry. To compete, some Indian companies have started to outsource work to new countries such as the Philippines.

Indonesia cannot cut its nose off just to spite its face.
By Suryo Bambang Sulisto chairman of the Indonesian Chamber of Commerce and Industry (Kadin).