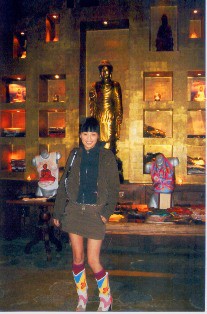 A controversial businessman and onetime family friend of Malaysia's prime minister appears to be doing what the country’s political opposition has been unable to accomplish for years: publicly tie the top UMNO leader to serious and politically damaging crimes. 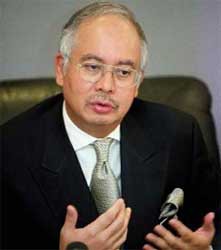 In a spate of interviews with opposition and independent websites that seemingly deliver new and damaging revelations each day, Deepak Jaikishan has now connected Prime Minister Najib Tun Razak, Najib’s brother Nazim and Najib’s wife, Rosmah Mansor, to the politically charged cover-up of the 2006 murder of the jet-setting Mongolian beauty Altantuya Shaariibuu, itself a part of a much bigger scandal involving €114 million in kickbacks to top Malaysian politicians for the purchase of French submarines. 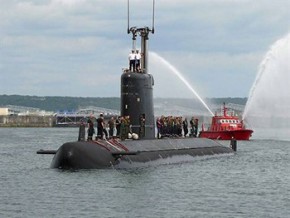 Deepak, a stocky, bespectacled carpet dealer and real estate speculator, resembles a man walking around holding a hand grenade with the pin pulled. In what seems to be a fresh revelation each day, what Deepak is telling everybody who will listen has been rumored and speculated on for years, but it is remarkable that he is airing the charges as elections approach and doing so seemingly without fear. The latest disclosure, made Thursday to Harakah, the official Malay language newspaper of the opposition Parti Islam se-Malaysia, ties Najib himself into the plot to attempt to destroy the credibility of a witness who said he had been told Najib himself had an affair with the murdered woman.

Whether this represents a deep split inside UMNO or the act of one disgruntled insider who claims to have been cheated out of millions in a business deal, the political fallout for Najib – and especially his wife, who is viewed by a sizable chunk of the electorate as greedy and manipulative, is deeply damaging. Sources with ties to UMNO tell Asia Sentinel that Najib and the political operatives surrounding him are at sea as to how to handle Deepak’s allegations and are mainly trying to keep it out of the mainstream press, which is entirely controlled by the three major political parties in control of the government. In the meantime, however, the Internet news sites and bloggers are having a field day with them.

The big question is how much public credibility Deepak has, and whether the Altantuya murder still has any resonance six years after her death. Reports in Kuala Lumpur said last week he had agreed to shut up in exchange for the rescheduling of RM160 million in loans from Kuwait. But the revelations started again earlier this week.

The ruling national coalition has been successful in branding almost all revelations about the case, even those taking place in French courtrooms, as stratagems put together by the opposition. The question of race is also involved, with UMNO branding itself as the defender of moderate Islam against the religiously conservative Parti Islam se-Malaysia and the upholder of ethnic Malay rights against the country’s sizeable Chinese minority, which is solidly in the opposition’s camp.

Past UMNO strongmen, like Mahathir Mohamad , never saw their names dragged into the mud so publicly. But the Internet – and perhaps Najib's own failings – have changed the equation. What will determine the fate of the premier is likely how this plays out in the so-called Malay heartland. But with Internet penetration rates even in rural areas rising, it has to be assumed that the allegations will percolate widely.

In earlier interviews, Deepak claimed that Najib and Rosmah, once his business partner, had got him kicked off the boards of directors of 26 companies, and that he had lost a fortune on land illegally liberated from Malaysia’s Ministry of Defense and given to a Najib political ally who had ignored his ownership of a chunk of it .

In the latest interview, with the Malay-language Harakah, the official news publication of Parti Islam se-Malaysia, Deepak charged that Najib, then the defense minister, himself played a major role in the retraction of a private investigator’s 2008 statutory declaration in which he recounted conversations with Abdul Razak Baginda, Altantuya’s jilted lover.

In an interview with Harakah, which has been uploaded to Youtube, Deepak said Rosmah had telephoned him personally on July 3, 2006 to seek his help in attempting to shut up the private detective, inviting him to the couple’s home to meet Najib.

Najib, he said, was anxious to reverse the private detective’s statement to attempt to head off possible action taken by his enemies within UMNO aimed at thwarting his premiership ambitions. He didn’t identify who those interests were, although in particular Najib’s forces were politically arrayed against those of then Prime Minister Abdullah Ahmad Badawi.

Bala’s revelations added to suspicions that the first couple were somehow involved in Altantuya’s death. Two elite bodyguards attached to Najib’s own office later were arrtested and ultimately convicted of killing the 28-year-old mother of two and blowing up her body with C4 plastic explosives in a trial that appeared on the part of both prosecution and defense to be dedicated to keeping out the name of whoever it was that hado ffered to pay the two RM100,000 to kill her.

According to evidence presented by French prosecutors, Altantuya, as well as being Razak Baginda’s lover, had performed as a translator in the late stages of the US$1 billion purchase of two diesel Scorpene submarines from the French state-controlled defense giant DCN by the Malaysian defense ministry when Najib was defense minister. The documents indicate that then-French foreign minister Alain Juppe, former Malaysian Prime Minister Mahathir and others had clear knowledge that €114 million euros in “commissions” were to be kicked back to UMNO through a company wholly owned by Razak Baginda.

At the time of her murder, Altantuya left a letter behind in her hotel room saying she regretted blackmailing Razak Baginda for US$500,000.

Deepak said that he was making the new revelations to urge the Malaysian Anti-Corruption Commission (MACC) to take action and protect the integrity of the institution. Balasubramahiam has repeatedly called for the MACC to examine the allegations in his original statement.

"I'm sure there are good people in the MACC. It is impossible that everyone only take orders from that couple. We have 28 million people in Malaysia," he told Harakah. Asia Sentinel