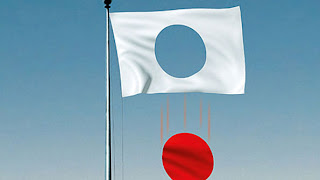 In the 1990s Japan tumbled from the pedestal of economic wunderkind into the bed of the sick man of the world economy.

Japanese pundits jokingly described the deterioration of Japan’s international image as the slide from ‘Japan bashing’ to ‘Japan passing’ to ‘Japan nothing’.

The relegation of Japan to the garbage heap of history turned out to be premature, as the country post-millennium regained economic momentum thanks to a rapid expansion of Chinese imports of Japanese goods.

Yet in the six years since Junichiro Koizumi’s long stint as prime minister, the country has struggled. The slide in national confidence has only accelerated after the present ruling coalition, led by the Democratic Party of Japan (DPJ), lost its majority in the House of Councillors in 2010. The opposition’s control of the upper house forced two consecutive prime ministers to throw away their political lives in order to win passage of crucial bills. Prime Minister Naoto Kan had to promise to resign in order to win passage of a supplementary budget for the Tohoku disaster recovery effort, a bond issuance bill and a new electricity policy bill. And in November 2012 Prime Minister Yoshihiko Noda dissolved the Diet in return for the passage of another bond issuance bill and a Supreme Court-ordered adjustment of the electoral map.

There was no ideological clash behind either act of self-sacrifice: the opposition was simply saying ‘no’ to everything the DPJ-led government proposed. Opposition intransigence reached an absurd zenith in August, with the LDP voting to condemn a bill it had voted for only two months earlier and refusing to approve a bill it itself had authored. The passage of the bond issuance bill and the execrable LDP-authored +0/-5 electoral reform bill had a serious side-effect of clearing from the government’s docket the only two issues in play.

A prime minister normally calls an election when faced with political controversy. Some controversies are trivial, but more often the election is called over a decision the government has made or intends to make, such as the 2005 election over the proposal to split up and privatise the postal service. Sometimes an election is called to take advantage of a new leader’s popularity, such as the aborted 2008 dissolution following Taro Aso’s becoming prime minister. But Prime Minister Noda dissolved the Diet without there being an issue dividing the government and the opposition.

The empty docket left a conundrum for both the political parties and pundits: what precisely has this election been about? The salient political problem of the past half-decade — opposition control of the House of Councillors — cannot be rectified by an election of the House of Representatives. A constitutional amendment eliminating the troublesome upper house altogether — a campaign promise of some of those running in this election — would require two-thirds of the House of Councillors to vote in favour of its demise.

The parties have been scrambling to identify issues on which to run. The LDP has campaigned on a program of constitutional revision, confrontation with China, and unorthodox monetary and fiscal policies to end deflation. The DPJ has run a negative campaign mocking the radicalism of the LDP program. Two new medium-sized parties, the Japan Restoration Party and the Tomorrow Party of Japan, have been trying to find space at the edges of the political spectrum while trying to camouflage their being stocked with retreads and parvenus.

There are issues of interest to the voters, such as the return to economic growth, stabilisation of the pension system, accommodating the rise of China and the future of nuclear power. The voters know, however, that these complex problems cannot be solved by the nostrums offered in the parties’ hastily compiled election manifestos.

The dearth of viable policy programs might be acceptable if there were credible leaders. Unfortunately, the leaders of the major parties all provoke strong negative reactions from the majority of voters. The national broadcaster, NHK, when it asked voters to choose a proper prime minister from a head-to-head contest between the leaders of the two mainstream parties, found that 19 per cent nominated Noda, 28 per cent nominated LDP president Shinzo Abe, and 47 per cent selected ‘neither of them’ (poll conducted 7–9 December 2012).

The lack of pivotal issues or popular leaders has resulted in voters choosing a default option based upon traditional ties. The LDP, as the traditional party in power, has benefited the most from this reflexive pattern of voting. Most of Japan’s voters are not aligned with a particular party, however. The LDP, while the runaway leader, has mustered less than 28 per cent support. Kyodo News, in a poll conducted 4–5 December, found that a stunning 48 per cent of voters still had not decided which party they would vote for in the proportional half of the ballot, and a staggering 56 per cent had not yet decided on a district seat candidate.

To make matters worse, the failure to implement a redrawing of the electoral district map based upon the +0/-5 solution means the election has been carried out using an electoral district map the Supreme Court finds unconstitutional. The Supreme Court on 28 November showed its traditional deference to the decisions of the legislative branch, a panel of the justices refusing, on procedural grounds, to halt the 16 December election. However, the Court has no qualms with lawsuits filed after the election. A crusading group of lawyers is ready to file lawsuits in 60 jurisdictions on 17 December, seeking to invalidate the election’s results.

The Japanese electorate has been confronted with a nothing election: an election called for no reason, lacking attractive candidates or even fundamental legitimacy. That a plurality of the electorate was undecided just four days before election day, despite having 12 parties to choose from in the party proportional vote, should surprise no one.