The yen: contributing to the Japanese economic debacle 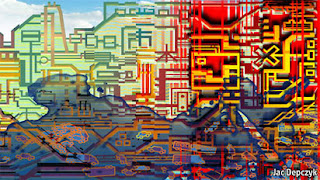 The Japanese real effective exchange rate appreciated 30 per cent between June 2007 and March 2009.

How has the strong yen contributed to this debacle?

There are several channels through which an appreciation of the yen could affect Japanese firms.

Recent research indicates that in the long run, a 10 per cent appreciation of the yen causes a decrease in exports of between 3 and 7 per cent. The fact that the volume of Japanese exports at the end of 2012 remains 10 per cent below the volume in the third quarter of 2008 reflects the fact that the yen remains strong. The research also indicates that Japan’s strong yen decreases motor vehicle exports.

The harmful effects of the strong yen have thus fallen disproportionately on the automobile and electronics sectors. Exports in the automobile sector and profitability in both the automobile and electronics sectors have plummeted due to the appreciation of the yen. Since Japan has long held a comparative advantage in these technologically sophisticated industries, mitigating the damage caused by the endaka (the expensive yen compared to foreign currencies) is an important issue for the Japanese economy.

How can Japan cope with the dislocation caused by the appreciation of the yen? Competing based on price in commoditised industries is a bad strategy for Japanese companies, and should be discounted as an option. Instead, companies should innovate and seek to produce high-quality goods that have lower price elasticities.

Japanese companies should also seek new markets for their goods. Regression evidence indicates that Japanese exports are sensitive to income in importing countries. Since growth is sputtering in the West, Japanese firms should pursue other markets. Asian markets are especially promising in this regard. Efforts to promote FTAs, infrastructure connectivity and development in the region would benefit not only emerging and developing Asia but also Japan.

The appreciation of the yen since 2007 has been trying for Japanese firms. However, they have a long history of responding successfully to oil crises, earthquakes, previous endaka episodes and other shocks. Part of their response this time should involve the somewhat contradictory goals of producing innovative, high-quality goods and goods tailored to the needs of consumers in less-wealthy Asian countries.

Willem Thorbecke is a Senior Fellow at the Research Institute of Economy, Trade and Industry, Japan. This article is based on a working paper entitled ‘The Contribution of the Yen Appreciation since 2007 to the Japanese Economic Debacle’ East Asia Forum