The Scandal of Foreign Labor in Asia 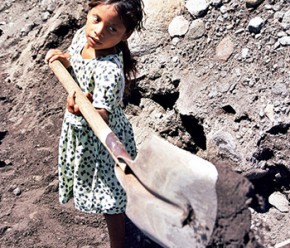 Exploitation, corporate greed, authoritarian hangovers, but it may be changing

The draconian action taken by the Singapore government against striking bus drivers a week ago, expelling 29 of them and charging another five, is emblematic of the treatment foreign labor can expect in most of Asia’s countries, not just the island republic. Another was charged with inciting by posting comments on a Chinese social network site and was jailed for six months after pleading guilty.

Some 171 Chinese national bus drivers employed by the Singapore government-controlled transit company SMRT walked off their jobs, claiming they were underpaid relative to other foreign workers doing the same job and forced to live in poorly sanitized barracks, in what has been called the first strike in Singapore since 1986. The dispute had its origins in a new work contract imposed on the workers in July. which raised the weekly wage of drivers by S$25 but at the same time it also raised the hours of work. The recalculated ratio of pay to wages actually cut the rate per hour.

The SMRT case is no surprise for those who know how the foreign labor industry works in the island republic and in fact across much of Southeast Asia. The dispute is indicative of a much larger chronic problem. The pay and conditions of foreign workers throughout the region have been poor to say the least.

To date, foreign worker supply has generally been plentiful and workers are seen as a resource where the maximum should be extracted out of them for the minimum expenditure possible. This is extremely common within local companies. Many stories abound of harsh treatment, poor management, abuse, and generally poor working conditions.

Most foreign workers have already paid agents up to US$10,000, mostly borrowed for the privilege of working abroad. There are many cases of workers being cheated out of their salaries by greedy and unscrupulous employers. Just within the last few days the Indonesian embassy in Kuala Lumpur warned its nationals not to work as maids in Malaysia due to the abuses many have endured over the years with very few rights of recourse.

In fact under Malaysian immigration law, any misuse of workers outside of their visa conditions renders the workers liable, rather than the employers. There are cases where foreign workers have been jailed and caned over employer misdeeds.

The trauma facing many foreign workers starts not with the employers but with recruitment agents who extract as much as they can before the workers ever leave their home countries. Many deposits are taken from villagers in northeastern Thailand, Laos and Cambodia with the promise of foreign work that never comes. Some agents even issue false documents, as happened in Nepal a few years ago where a recruitment agent sent workers to Malaysia on false visas. The culprits couldn't be caught and prosecuted as they were "operating outside the jurisdiction of Malaysian authorities." However the workers themselves were arrested for possessing forged visas. Very few of these recruiting agents are ever prosecuted.

The recruitment business is so lucrative and generally outside the taxation system that it has attracted officers of government agencies and even members of parliament. Just recently labor activist Abdul Aziz Ismail accused the Malaysian Attorney-General's chambers of colluding with the Bangladesh High Commission in aiding foreign labor recruitment agencies.

In addition a former minister, Mohd Radzi Sheikh Ahmad and a sitting MP, is listed in Companies Commission of Malaysia (CCM) records as a company director of SNT Universal Corporation Sdn. Bhd., which has been accused of exploiting Bangladeshi workers. The former inspector-general of the Royal Malaysian Police Force has also criticized the way the government handles foreign labor as little more than human trafficking.

This brings up the next issue of old authoritarian hangovers in the practices and processes of handling foreign workers. Foreign workers travelling to Malaysia, Singapore and now Thailand specifically come to work for an employer on a short term basis and return home after a specific contracted period.

Until very recently, most workers were poorly educated and subservient to their employers, just wanting to make as much money as possible and return home. Foreign labor was seen as a necessity of nation building, particularly when the Asian economies were rapidly growing with construction and manufacturing. Foreign labor also took up the jobs that locals didn't want and thus performed a specific service, enabling national growth and development.

Governments have viewed foreign workers as cheap labor in their country for the greater good. This can be seen in the neo-Confucian nature of the Singapore government in doing things for the greater good while forsaking individual rights. Foreign workers are at the bottom of a feudal pecking order, the lowest in society to do what others don't want to do. Consequently governments have given them very few rights, as there until recently has been little pressure to do so.

In Thailand, where there are an estimated 2 million-plus foreign workers, mainly unskilled workers from Burma and Cambodia, some provincial officials will not even allow them to celebrate certain cultural activities.

The embassies of supplier countries seem to be involved in the supply chain and the issue has not been highlighted to human rights forums internationally, although Phil Robertson, Deputy Asia Director of Human Rights Watch, criticizes Singapore for defying basic human rights for criminalizing migrant workers actions by taking industrial action. He adds that Singapore discriminates between different races when it comes to workers pay and conditions. Foreign workers have few, if any reasonable legal rights in any of the countries within the region, and often suffer the penalties dished out from mistakes their employers and recruiters make.

The demographics of the workers themselves are changing. Foreign workers today are much more educated than their counterparts of just a few years ago. They are more likely to come from farther afield than traditional sources like Indonesia and Thailand. And as with the Chinese bus drivers in Singapore, they are capable of using technology – the ubiquitous Internet – to warn their peers both in the host country and at home, and are becoming more aggressive about their rights than before, as domestic helpers in Hong Kong have led the way with demonstrations, caucuses and lawsuits.

It is unknown whether Filipina maids, who have been in Hong Kong for decades, are the harbingers of change. But it may be that somewhere down the road a more professional approach will be required on the part of employing companies, which must realize that their bargaining power over foreign workers will weaken. Malaysia and Singapore have already lost attractiveness as places to work.

Foreign labor practices are an embarrassment to the region. They show that many local firms still have immature management, particularly in the HR area and have a long way to go until they can claim to be run as well as those in developed countries, making a mockery of any CSR in the region and if not attended to soon could become a deep impediment to the region’s competitive advantage in international trade.

The foreign worker issue shows the world the ugly side of Asia as a region of deep exploitation. Yet the foreign recruitment agencies have been of great advantage to governments. This issue is rarely brought up at international forums, and all parties seem to prefer to sweep these injustices under the carpet. Southeast Asian governments are very hesitant to regulate and control the sector.

The SMRT strike has brought these matters into the public arena.. Further cases of worker exploitation surfacing in the press can be expected to affect the reputations of governments, officials, and firms involved in these rackets. Southeast Asian governments and employers must learn that nothing is forever and move from the 19th to the 21st century.

(Murray Hunter is an adjunct professor teaching in Malaysia.)