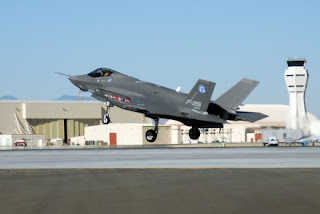 Several Asian countries are interested in the American F-35 JSF. But Canada’s U-turn on buying the jet won’t encourage Asian partners to sign up any time soon. Will the program survive?

It was the future weapon system that promised so much — enough for the United States and its allies to draw up wide-eyed plans for over 3,100 JSFs while the plane was still little more than an idea. The JSF was going to guarantee air superiority for the U.S. and its partners well into the middle of this century. But ever since rising costs, technical complexities, and missed deadlines have badly hurt the machine’s credibility, to the point where some critics advocate freighting the F-35 straight to the museum before it ever enters active service.

Of all the program’s setbacks, this month’s announcement that Canada was hitting the “reset” button on its procurement of 65 aircraft is probably the most serious. Ottawa, one of eight international partners working with the U.S. on the program, had been staunchly pro-JSF until an independent audit found that the fleet would cost $45.8bn over its 42-year life span — almost double initial government estimates. The reset doesn’t mean that Canada has dumped the F-35 entirely, but it would now look politically clumsy for the government to do another 180 degree turn and buy the jet after all. At any rate, Ottawa is examining cheaper alternatives.

Other partner nations are also wavering, but the biggest threat to the program could be in the U.S. itself, where up to $500 billion may need to be shed from the defense budget over the coming decade, in addition to cuts already agreed too. As the Pentagon’s most expensive program — currently pegged at $396bn for basic procurement and $1.45 trillion for total through-life costs — it is hard to see how the JSF could emerge unscathed, and for the U.S. to buy the 2,400 models the military desires, if huge savings from the defense budget must be found. The Diplomat. Photo Credit: Flickr (MultiplyLeadership)