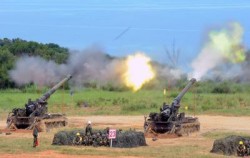 Over the past four years, Taiwan–China relations have improved substantially.

The February 2012 re-election of Taiwan’s Kuomintang candidate, President Ma Ying-Jeou, offered an opportunity for Taipei and Beijing to move on from past trauma to pursue reconciliation. The potential may now exist to consolidate and build on recent successes, such as the June 2010 Economic Cooperation Framework Agreement and the opening of Taiwan to independent tourists from the mainland through the Free Independent Traveller Program.

Yet, the confirmation of China’s new leadership team at the 18th National Party Congress on 15 November had many Taiwan observers searching for indicators as to how the next stage of cross-Strait relations may be shaped. There is no question that for China, (re)unification with Taiwan is the desired outcome. However, the critical questions still remain: will the status quo continue, or can the new leadership team provide the necessary momentum to achieve (re)unification? While some expect that the new leadership might use the Taiwan issue to demonstrate resolve, the myriad of domestic issues facing Beijing is more likely to see the cross-Strait status quo continue. 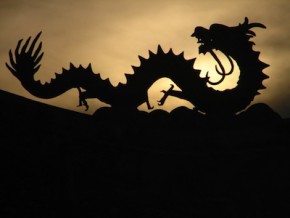 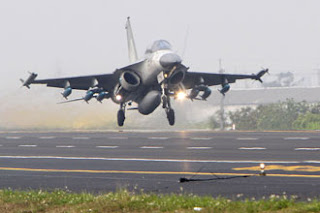 Some commentators believe that the new members of the Politburo Standing Committee (PSC) are less reform minded and more conservative than the former elites. This might lead to a more assertive stance on Taiwan. The PSC is now dominated by ‘princelings’, with Xi Jinping as General Secretary of the CCP and President of China, and Li Keqiang as Premier of the State Council. Despite an emerging myriad of factions, in particular the ‘princelings’ and the Communist Youth League, China remains a single-party system. Therefore the credentials of the leader of the CCP are critical, not just in providing unity to the party, but also in the formation and implementation of its policies, cross-Strait issues included. Significantly, one of the few surprises of the Congress was that Xi Jinping was also confirmed as head of the Central Military Commission. Outgoing President Hu Jintao opted to not retain the position for an additional two years after stepping down from his leadership posts.

This indicates that Xi will be faced with political pressure to avoid following in the footsteps of Hu’s arguably ineffective regime. In a February speech to the US–China Business Council, Xi called on Washington to recognise Beijing’s one-state policy and oppose moves toward Taiwanese independence. Having operated in locations where the majority of Taiwanese business people are based ¾ Fujian for 17 years, Zhejiang for 5 years and Shanghai for 6 months. Xi’s credentials in Taiwan affairs are considered stronger than former leaders, in particular Hu. Consequently, putting (re)unification at the top of the agenda may serve as a way for the new leadership team to display strength and commitment to its policies of territorial sovereignty and integrity ¾ not just over Taiwan but also Xinjiang, Tibet, and islets in the East and South China Seas.

But, there are reasons to believe that even under the new leadership, China’s Taiwan policy will be more of the same. Xi faces a challenging agenda, including domestic problems, relations with Washington and a complex set of territorial disputes with China’s neighbours. At the Party Congress, a particular emphasis was placed on resolving corruption scandals, such as the Bo Xilai case and the investigation into Wen Jiabao’s fortune. Such issues have undermined public confidence in China’s leaders and cast greater scrutiny on the prevalence of nepotism and patronage at the top ranks of the party. The widespread public impression that Chinese leaders are getting richer at the cost of ordinary citizens, combined with the increasing class divide, suggests that Xi will be preoccupied with a public mood of frustration and pessimism regarding party officials.

Additionally, Xi will have to deal with the future of a more critical relationship ¾ that with the US ¾ as well as territorial claims in the East and South China Seas, not to mention burgeoning ethnic tensions in Xinjiang and Tibet. Significantly, he will not face domestic political changes in the two other key players in cross-Strait relations: Taiwan and the United States have already determined their presidential leaders for the next four years, and both Ma and Barack Obama have reconfirmed their desire to maintain the cross-Strait status quo. For Beijing, the cross-Strait issue is stable, with calls for Taiwan’s independence no longer on the cards. As such, (re)unification no longer has to be a top priority for the regime.

While this is a positive sign for the short- to medium-term stability of cross-Strait relations, in the long term it will be harder to negotiate terms of (re)unification that will appease both sides. That is, the longer the status quo is prolonged, the more stimulus will be given to the evolution of Taiwan’s national identity and liberal democracy. This will be in opposition to a Chinese leadership with no incentive to increase civil liberties, but is facing mounting pressure from political factions and the public to achieve its long-stated objective of (re)unification.

Sheryn Lee is a PhD Student in Political Science at the School of Arts and Sciences, University of Pennsylvania.East Asia Forum