China and the Rise of the Xi–Hu coalition? 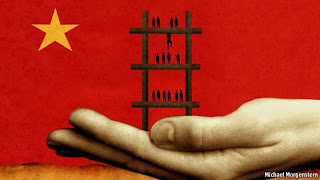 What was once billed as the final showdown between China’s President Hu Jintao and his predecessor Jiang Zemin has ended up becoming more like a war of attrition, with a rematch due in five years’ time.

In light of Hu’s early retirement as Chairman of the Central Military Commission and his ability to insert only a single protégé into the new Politburo Standing Committee, many observers have concluded that China’s recent 18th Party Congress represented Jiang’s overwhelming victory over Hu. However, a closer look at the entire succession process reveals that, rather than a clear triumph for Jiang’s faction, the most recent party congress actually represents the rise of a new condominium between Hu and the incoming President Xi Jinping.

Internal politics in the Chinese Communist Party has often been described as a contest between Hu’s Communist Youth League (CYL) faction on the one hand, and the alliance between Jiang’s ‘Shanghai Gang’ faction and incoming General Secretary Xi Jinping’s ‘princelings’ faction on the other. In the 18th Party Congress, the new membership in the seven-member Politburo Standing Committee, the Party’s top decision-making body, includes only one unambiguous member of the CYL faction, in addition to three princelings and three leaders oft-cited as allies of Jiang. The impression of Jiang’s victory was reinforced by the notable exclusion from the Politburo Standing Committee of two relatively liberal members of Hu’s CYL faction — Li Yuanchao, head of the CCP’s Organization Department, and Guangdong Party Chief Wang Yang.

President Hu’s retirement from his post as the Chairman of the Party’s Central Military Commission has also been cited as yet another indication of his political defeat. Previously, Jiang Zemin stayed on as the Central Military Commission’s Chairman for some time after the transfer of political power, so as to maintain leverage vis-à-vis their successors and safeguard their political legacy. Yet Hu’s early retirement, rather than a sign of political defeat, may signify a budding alliance between him and his successor Xi Jinping, who he can now trust to protect his political legacy. Under this light, Hu’s retirement can be understood as a proactive move to strengthen Xi’s leadership because it accelerates Jiang’s retirement from politics — Jiang reportedly closed his chairman emeritus office in the ‘Eight One Building’, which houses the Central Military Commission, just days before the 18th Party Congress.

Xi’s political realignment toward Hu was further demonstrated in the Bo Xilai affair earlier in the year. Xi appeared to be authorised to manage the removal of the former Chongqing party chief. Xi’s ability to swiftly remove a Politburo member in eight months demonstrates significant trust and delegation from President Hu. Yet another testimony to the emerging Xi–Hu alliance is Xi’s first address to the Politburo since coming to power. In this address Xi went to great lengths to praise President Hu’s ‘scientific development concept’, while making no mention of the ‘Three Represents’ doctrine espoused by Jiang.

Re-examining the new CCP leadership in this light, one can call it a moderate victory for the Xi–Hu condominium. The Politburo Standing Committee may remain at a stalemate between the Xi–Hu bloc and Jiang. But the remainder of the 25-member Politburo is comprised mostly of Xi and Hu’s allies. Among them, they will share three of the four Vice Premiership slots as well as four of the five most powerful posts in the Party, including heads of the Organization Department, Propaganda Department, United Front Department and the General Office. As five standing members will retire due to age restrictions in the next Party Congress in 2017, their vacancies will be filled by Xi and Hu’s allies. The icing on the cake, however, is the fact that Hu has also positioned his protégé, Hu Chunhua, to possibly succeed Xi in 2022 by installing him as the youngest member of the new Politburo.

What this means is that Xi’s smooth consolidation of political power will likely lead to a more moderate Chinese international posture. On top of Hu’s political backings, Xi also has existing military credentials and is the son of a revered revolutionary military hero. Consequently, Xi will have a freer hand to pursue his policy with less regard for domestic political costs and can expect less resistance from the military and hardliners. At the same time, he will have less need than his two predecessors to engage in potentially destabilising military measures to shore up his patriotic credentials. On the issue of Taiwan, a so-called ‘core interest’ of China, Xi has 17 years of experience working in Fujian, which is the closest province to Taiwan and has a strong Taiwanese business presence. One can expect him to be less prone to overreactions and to use more carrots than sticks toward managing cross-strait relations, thus mitigating a potential irritant in regional relations.

Wen-Ti Sung is a PhD candidate in the Department of International Relations at the Australian National University.