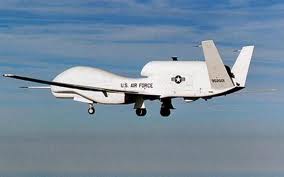 As the war in Afghanistan drags on with no definitive victory in sight for the United States, and with US troops beginning to withdraw, comparisons to the Vietnam War, which took place nearly 50 years ago, are once again in the air. “Just take a run through the essential Vietnam War checklist,” wrote Tom Engelhardt in the leftist Mother Jones magazine.

Although these analogies are attractive to critics — who see America’s battle in Afghanistan as more futile than Vietnam and advocate a quick exit — they are deeply flawed.

Among the many problems with drawing lessons from Vietnam and applying them to Afghanistan is that the history of the Vietnam War is often completely misunderstood. The war’s history is constantly evolving as new evidence emerges, particularly from the Vietnamese side. Since too little attention was paid to understanding the enemy’s motivations, internal dynamics and foreign relations, Americans have always had an incomplete and incorrect picture of that war.

It is believed that North Vietnam decided to go to war in 1959-60 to save the southern insurgency from eradication and that the Communist Party enjoyed the unflagging support of the Vietnamese people until the war’s end in 1975. Recent evidence reveals that the party’s resolution to go to war in South Vietnam was connected to problems at home. Revolutionary war was an effective way to deflect attention from domestic problems, including a devastating land reform campaign, a dissident intellectual movement and an unsuccessful state plan for a socialist transformation of the economy.

One of the greatest misconceptions of the Vietnam War is that Ho Chi Minh was the uncontested leader of North Vietnam. In reality, Ho was a figurehead while Le Duan, a man who resides in the marginal notes of history, was the architect, main strategist and commander in chief of North Vietnam’s war effort. Duan shunned the spotlight but possessed the iron will, focus and skill necessary to dominate the Communist Party.

Along with right-hand man Le Duc Tho, who would spar with Henry Kissinger during the Paris peace negotiations, Duan constructed a sturdy military empire that still looms over Hanoi today. Their hawkish policies led North Vietnam to war against Saigon and Washington, and ensured that negotiated peace would never succeed over total victory.

Duan ruled the party with an iron fist and saw Ho and Gen. Vo Nguyen Giap, renowned for defeating the French at Dien Bien Phu, as the greatest threats to his authority.

In 1963-64, Duan blackmailed Ho into silence when the aging leader opposed the controversial decision to escalate the war and seek all-out victory before US forces could intervene. And in 1967-68, there was a large-scale purge in Hanoi when Ho, Giap and their allies opposed Duan’s plans for the Tet Offensive. Although the southern war initially rallied the North Vietnamese to support the party, it soon became a quagmire. Duan and Tho reacted by creating a garrison state that labeled any resistance to their war policies as treason. By increasing the powers of internal security forces and ideological police and subjugating the southern insurgency to Hanoi, they waged total war at their whim until 1975.

The rivalry between China and the Soviet Union also played a major role. China’s emerging radicalism and the USSR’s lack of commitment to a third world revolution allowed Duan to tilt toward China and advance a full-scale war in the South in the early 1960s. As US involvement grew in 1965, Soviet aid poured into North Vietnam. Competition between Beijing and Moscow for influence in Hanoi became intense.

Duan sought to assert Vietnamese autonomy by launching the 1968 Tet Offensive and the 1972 Easter Offensive — moves that Beijing and Moscow disapproved of. In 1972, President Richard Nixon’s visits to China and the Soviet Union marked the pinnacle of Sino-Soviet obstruction of North Vietnam’s war effort. Both allies exerted pressure on Hanoi to end the war on Nixon’s terms as they competed for Washington’s good graces. Duan and his comrades launched the Easter Offensive, with the aim of toppling the Saigon government and striking a critical blow to America’s detente with the Soviet Union and China.

It is a myth that America beat itself in the Vietnam War. In fact, the Vietnamese shaped US actions in Vietnam as well as the global Cold War. It was Duan’s bid for victory in 1964 that prompted America to intervene decisively. And America’s Saigon allies delayed the US withdrawal.

Slowing down US withdrawal in 1969 and sabotaging the Kissinger-Tho peace negotiations in 1972-73, South Vietnamese leaders greatly complicated America’s exit from Southeast Asia. Although Washington possessed its own internal and geostrategic reasons to intervene and remain in Vietnam, it was leaders in Hanoi and Saigon who dictated the nature and pace of US intervention.

Fighting the last war is always a danger. It becomes even more problematic when the historical analogies driving current policy are based on an incomplete and flawed understanding of America’s past failures.

As new historical evidence revises our understanding of the Vietnam War and renders any direct analogies untenable, we must learn to be rigorous in our analysis of the enemy’s war effort.

Taliban leaders have conflicting views over peace negotiations, the prospect of reconciliation with the Afghan government and the movement’s direction. With Mullah Muhammad Omar acting only as the Taliban’s spiritual head, the opportunity has emerged for an enterprising faction with a driven commander — as was the case with Duan — to unify or dominate the divided Afghan insurgency. This new leadership will inevitably be militant, particularly if America strikes an unpopular bargain with Taliban officials in Pakistan.

And even if increased casualties lead some militants to favor peace, the Pentagon’s policy of classifying all males who happen to be in the vicinity of drone strikes as militants could undermine that impulse, like America’s heavy bombing of “free fire zones” and “specified strike zones” in Vietnam drove many driven villagers to the Communist ranks.

The United States must also understand the role that regional actors — like Pakistan’s security services — play in internal Taliban politics.

The United States envisions a complete pullout by 2014, but it may be up to Hamid Karzai’s government or its successor. As we saw in Vietnam, we cannot assume that we can dictate our actions.

Lien-Hang Nguyen is an associate professor of history at the University of Kentucky and the author of “Hanoi’s War: An International History of the War for Peace in Vietnam.”
Posted by Kerry B. Collison at 4:27 PM