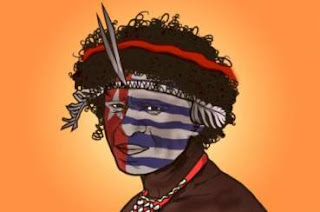 Indonesia: Dynamics of Violence in Papua

Jakarta/Brussels, 9 August 2012: The only measure likely to halt violence in Indonesia’s Papua province in the short term is a major overhaul of security policy.
Indonesia: Dynamics of Violence in Papua, the latest report from the International Crisis Group, examines multiple sources of conflict in Papua, following fifteen violent incidents in the provincial capital Jayapura in May and June and others in the central highlands.
“Everything suggests that there is going to be more trouble in Papua unless the government can produce a policy that will have an immediate and visible impact on how ordinary Papuans are treated”, says Cillian Nolan, Crisis Group’s South East Asia Senior Analyst. “Changing how security forces are trained, redesigning incentive structures, penalising excessive use of force, improving accountability and tightening auditing procedures could make a major difference”.
Recent violence has exposed the lack of a coherent government strategy to address the many dimensions of conflict in Papua. Too often well-intentioned programs designed to build trust or produce concrete benefits are undercut by security initiatives to combat separatism or rent-seeking by police or soldiers in resource-rich areas.
The problem is exacerbated by the lack of functioning political institutions. An ineffectual caretaker governor appointed in July 2011 has left the provincial government in limbo, with elections repeatedly postponed as Papuan politicians challenge each other in court. Local government at the sub-provincial level is often even more dysfunctional.
Hopes are fading that a new coordination unit for Papua established in late 2011 – the Unit for Accelerated Development in Papua and West Papua, known by its Indonesian abbreviation UP4B – will be able to make much difference in the short term. The idea of a dialogue on Papua, which seemed to be gaining traction in Jakarta earlier in the year, seems to have foundered as it becomes clear that Papuan groups and Jakarta-based officials have very different interpretations of what the word “dialogue” means. All of this means that the so-called “new deal” for Papua that the government of President Yudhoyono announced in 2007 is a long way from realisation.
“In stressing the need for a change in security policy, Crisis Group is not suggesting that police and soldiers are the only source of violence; many, indeed, have been victims”, says Jim Della-Giacoma, Crisis Group’s South East Asia Project Director. “But if the aim is to improve the political dynamics, the security sector may offer more hope for 'quick wins' than economic development projects”.
Full PDF Report http://www.crisisgroup.org/~/media/Files/asia/south-east-asia/indonesia/232-indonesia-dynamics-of-violence-in-papua.pdf?utm_source=indonesiaemail&utm_medium=pdf&utm_campaign=mremail
Posted by Kerry B. Collison at 2:33 PM