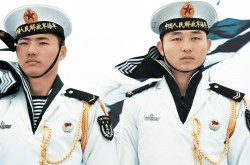 Many people see the danger that America’s relations with Beijing may deteriorate, and no one wants that to happen.

But little thought is being given to what America could be doing to minimise the danger, and to improve the chances of a stable relationship between the world’s two strongest states. The assumption is that the problems are all China’s fault, so it is up to China to fix them. This is only half right.

Three steps are needed to kick-start the China debate that America needs to have.
The first step is to recognise where the risks arise in the current approach to China. These can be hard to see from an American perspective, because it seems so clear that the US is committed to a good relationship. The problems only appear when we ask what kind of relationship America has in mind. It then becomes clear that America’s vision of a good relationship presupposes China’s continued acceptance of US strategic leadership in Asia.

Washington’s message to Beijing is that everything will be fine, as long as China agrees to do things America’s way. If not, America will use ‘every element of America’s power’ to pull it into line. Don’t believe me? Go back and read President Obama’s big speech in Canberra last November, and ask yourself how it sounds to Chinese ears — which are the ones that really matter.

The problem is that China will not accept America’s pre-conditions for a good relationship, and the more its wealth and power grows relative to America’s, the more willing Beijing will be to make that plain. The rest of us might regret that, but we can hardly be surprised by it, and we cannot wish it away.

If America insists on maintaining the status quo of US primacy as China’s power and ambitions grow, escalating strategic rivalry with China is close to a certainty.

The second step toward a fuller understanding of America’s choices about China is to consider what the alternatives to primacy might be. It is easy to assume that the only alternative to US primacy in Asia is US withdrawal, quickly followed by Chinese domination.

But of course there are more than two options. There are many different ways for America to stay in Asia over coming decades. The most obvious third alternative is to remain actively engaged, not as the sole primary power in the Asian strategic system but as one of a group of equal great powers. There are a lot of questions about how such a system might be built and sustained, but the essence of the idea is perfectly simple. The US could remain in Asia to balance China’s power and prevent Chinese domination, without dominating Asia itself. And if the two powers could reach a tacit or explicit agreement to respect and accept each other’s position as a great power, then there is no reason why they should not live in harmony.

This kind of order would clearly be in both countries’ interests, and in the interests of the whole region. But it requires big sacrifices from both America and China. China would have to forgo its ambitions to lead Asia itself, and America would have to be willing to relinquish primacy and deal with China as an equal. There is no point pretending this would be easy for Americans.

The third step towards a more serious American debate about China is therefore to understand more fully what is at stake in this relationship. China is, quite simply, the most formidable country America has ever encountered since it became a world power, because it’s the only one whose economy matches, and may well soon exceed, America’s. That doesn’t make China stronger than America in every way, but it does make China a very serious opponent on its home ground. And of course it is a vital economic partner. America’s future without a stable, cooperative relationship with China will be both much poorer and less secure.

US–China conflict is not inevitable, but nor is it by any means impossible. The further strategic rivalry escalates, the higher the risk of war, and the higher the risk of it becoming a nuclear war. Minimising these risks must weigh heavily in any serious debate about future relations with China.
In the last few months we have seen the first flickers of the kind of debate about China that America needs. In March, Hillary Clinton gave a speech commemorating Nixon’s visit to China 40 years ago with Henry Kissinger, in which she hinted at a radical rethink of the basis of US–China relations. At about the same time, Kissinger himself published an essay in Foreign Affairs addressing the need for both countries to compromise to build a new order to minimise the risk of war.

Eventually, if America is to get China right, a president will have to stand up and explain the alternatives. If Americans will not deal with China as an equal, they will compete with it as an adversary. Dealing with it as an equal would be risky, uncomfortable and sometimes distasteful. Competing with it as an adversary would quite probably be disastrous. The longer the decision is delayed the harder it will become to avoid the worse outcome. America’s China choice cannot long be delayed.

Hugh White is Professor of Strategic Studies at the ANU. The China Choice: Why America Should Share Power, published by Black Inc, is being launched today.