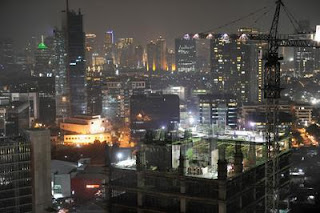 Indonesian policy makers are still trapped in an old trade paradigm according to which exports are good and imports are bad. The more value that is added per unit of goods produced domestically, so the argument goes, the better the performance of the economy. This view is not unique to Indonesia and, in fact, many developing countries embrace a similar perspective.

Despite wide acceptance, this mercantilist view is out-dated and needs to be replaced.

The popularity of this view partially explains recent concern over exports decline and imports escalation, which has led the Indonesian government to introduce various policies to restrict imports and several programs that aim to encourage higher value-added local industry. But these programs overlook the fact that intermediate and capital goods constitute the overwhelming majority of imports in Indonesia — around 70 and 20 per cent respectively.

This sloganeering perspective — exports good, imports bad — is becoming less relevant because of ever-expanding international production networks. Most goods are no longer produced in one specific country: different parts are produced in various different countries before being shipped off to be assembled, sometimes in production units spread out, again, over several countries. This new practice is known as ‘production sharing’, and requires a new way of examining the links between trade, production, investment and the role of services. It also requires a new paradigm in trade policy.

Production sharing has strengthened the link between exports and imports. In centuries past a country’s position as clothing exporter was relatively clear, but under new production arrangements the exporters of hard disks, for example, depend on their ability to import components in order to do business. Trade in intermediate goods has long made countries dependent on raw materials from abroad. Now, an even greater division of labour has increased the magnitude of the intermediate goods trade. This reinforces the links between countries and makes it harder to define a country as a ‘market’ or ‘supplier’ for a particular good.
Production sharing makes it quite common for parts and components to cross borders several times, with only little additional per-unit value added to products in each crossing. But trade statistics, which are based on the unit value of goods, fail to capture the incremental nature of production. The statistics themselves therefore distort the magnitude of trade deficits and surpluses.

Because production is increasingly incremental, per-unit value has become less important. The total value of production activities is what matters in the new production sharing paradigm. It makes no difference that a country cannot produce its own national car, which generates per-unit value of thousands of dollars, if it can produce several parts of a car. Individually the parts may be worth only a few dollars, but as a whole their value may exceed that of the car. Specialisation and competition no longer take place at industrial level: these two processes now take place at the level of tasks.

Trade statistics need to start reflecting production sharing, especially the fact that partially assembled imports also add value when assembled domestically. But this may be a long-term prospect. For the time being, policy makers need to formulate new trade policies that take into account these new production practices.
Indonesia’s industrial and trade policy must shift away from sectors, to occupations and tasks. Instead of restricting imports in raw materials and aiming for 100 per cent local production, developing countries including Indonesia should aim to join international production networks more intensively. By specialising in certain tasks rather than creating the whole product, countries will become more efficient and competitive.

Some argue that such a strategy would trap developing countries into performing low value-added tasks in global production networks. But there is no need to fear this will be the case: it is becoming less and less important to produce a single unit of high value, so long as production can be performed efficiently and add the same or higher amount of value overall. Focussing on a single part has its own advantages. Numerous firms and industries have been able to acquire the technical know-how needed to upgrade their products through global networks. There is evidence to suggest that being involved in international production networks increases the productivity of local manufacturers. Finally, unlike trade in final goods, which may be a winner/loser situation due to the distributional effects of gains from trade, production sharing is likely to generate benefits for all parties in the economy.

In this new trade and production environment, governments need to change their strategy. Instead of aiming to increase local content by restricting imports, Indonesia should overcome its import phobia and embrace emerging global production networks.

Yose Rizal Damuri is an economist at the Centre for Strategic and Economic Studies, Jakarta.