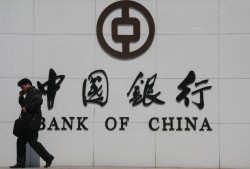 China has until now chosen to maintain financial repression — suppressing returns on domestic savings — while allowing its outbound investment flows to accelerate.

Can it continue down this path? The Chinese system of assuring capital formation for the industrial economy has come under pressure in recent years, and financial repression and restrictions on outbound direct investment are both in flux.


Since its inception in the 1970s, China’s economic reform program has depended on marshalling enough capital to pay for growth. Foreign technology, know-how, financial services, commodities and other needs were in short supply at home and were not going to be acquired for free.
Consequently, strict foreign exchange surrender requirements were placed on firms involved in international trade, and outbound direct investment was strictly limited, allowing Beijing to coordinate the use of scarce hard currency. The need to stockpile enough foreign exchange to pay for imports and protect the nation from the risks of balance-of-payments crises, such as those that hit Latin America in the 1980s and Asia in the 1990s, became an overwhelming imperative. Exchange rate management, interest rate structure and other policy regimes served this singular purpose. The gargantuan external surpluses of the 2006–08 period were the unintended consequence of this objective, which had been hard-wired into the Chinese system in an earlier era and then persisted beyond the point of usefulness.

In the Chinese context, ‘financial repression’ refers to the condition of low or negative real returns on savings, with the marginal revenue product of capital disproportionately retained by borrowing firms rather than depositors. In inflation-adjusted terms China’s hard-working households have not just been short-changed; they have been robbed, because for most of the past decade the effective interest on their savings has been negative. The resulting disincentive to entrust banks with one’s savings is now creating problems for China, with a housing bubble inflated by individuals searching for a better store of value than negative-rate savings accounts and the growth of high-risk alternative deposit schemes. It has also required Beijing to forestall a fuller liberalisation of the financial sector for fear that, if their industry were forced to be consumer-oriented, banks would bid up deposit rates to attract customers.

The strategy of capping domestic deposit rates would have failed if Chinese people had been allowed to take their savings across the border and access higher returns abroad. Therefore they were not generally allowed to do so, and limitations on cross-border household financial transactions still remain, even if existing quotas for sending money abroad are being slowly increased.

Rules governing the ability of China’s state-owned and private firms to make investments abroad are relaxing more quickly, for several reasons. For example, since China is now swimming in a huge pool of foreign exchange, scarcity is no longer an issue — overabundance is. If Beijing agglomerates all the foreign exchange in the nation, it is left with the burden of recycling it, making Beijing overly dependent on foreign government debt securities because it does not know how else to run real businesses. By leaving more dollars and euros in businesses’ hands it reduces the problem, but the government must then refrain from manipulating the renminbi’s exchange rate. After years of half-measures, Beijing seems almost ready to leave the currency’s value up to the markets — at least to a certain extent. With US$3.5 trillion in foreign exchange, of course, Beijing can use the resources already at hand to engage in this type of manipulation for a while, rather than having to harvest new foreign exchange reserves.

But Beijing’s readiness to unburden itself of foreign exchange intervention chores is only half the story. China needs to let its firms take cash abroad to make investments, for three reasons in particular. First, they must move upstream to take a more prominent role in natural resource extraction because only the Chinese appear willing to invest in enough extractive capacity to stay ahead of their demand growth. Second, with the profit margin available to contracting manufacturing and assembly inside China now falling rapidly, Chinese firms are eager to invest both upstream and downstream in more value-added activities closer to foreign consumers — or else they risk losing global market share in the light-manufacturing sector they presently dominate. Third, a consolidation of market structure is taking place in many industries across China, leading firms to scramble abroad to obtain technologies, brands and other competitive advantages on the quick.

There are, of course, other reasons for Chinese firms to demand the end of restrictions on outbound investment, but the forces mentioned here are sufficient to have sent a clear message that the old order must change. In recent years US$60–70 billion a year in outbound direct investment has left China, and major new initiatives to allow east coast entrepreneurs to follow suit have been recently announced. It is not that the banking system no longer needs captured capital such that outflows are now being permitted; it is that outflows are essential — a reality the banking system will be forced to deal with sooner rather than later.

There will be both victims and winners in this structural adjustment in financial intermediation. The most capital-addled, state-related firms will use their balance sheets to sustain the flow of lending, leaving some firms in China to be squeezed. If Beijing accepts the necessity of privatising most state-owned enterprises and introducing competition in all but natural monopoly sectors, then China will emerge far more efficient and rebalanced in the next three to five years. If industrial planners succeed in deferring those steps indefinitely, then — as many of China’s best economists are warning already — growth rates will soon fall to new lows.

Daniel Rosen is partner at the Rhodium Group and Visiting Fellow at the Peterson Institute for International Economics, and a long-standing Adjunct Professor at Columbia University’s School of International and Public Affairs.