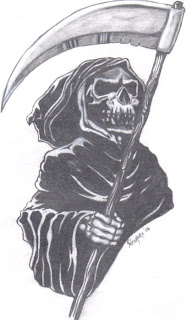 The Aquino administration should act on the Philippine Commission on Human Rights’ recommendations to investigate and hold accountable officials responsible for a reign of terror that resulted in the extrajudicial killings of hundreds of suspected criminals in Davao City on the island of Mindanao, the New York-based Human Rights Watch said today.

The commission, in a report issued Wednesday, recommended that the country’s Ombudsman investigate allegations of criminal liability of Davao City Mayor Rodrigo Duterte for his “inaction in the face of evidence of numerous killings” and that the National Bureau of Investigation probe reports of a so-called Davao Death Squad and bring to justice those responsible for the killings, which took place between 2004 and 2009.

The case presents an intriguing challenge for President Benigno S. Aquino III, who has made confronting impunity for high officials a goal. But it remains to be seen whether his campaign against impunity will extend beyond attempting to nail his most prominent political enemies, including former President Gloria Macapagal Arroyo, who remains under house arrest, and former Chief Justice Renato Corona, who was impeached and driven from office.

The Philippines has suffered for decades from a culture of impunity that has long allowed well-connected murderers to go free or to spend comfortable time behind bars with amenities that normal inmates don’t have access to. Far too often, witnesses are gunned down to keep them from testifying.

For instance, the alleged murderers of 57 persons in November 2009, including 32 journalists, have been on trial for two years, with expectations that the case could drag on for years if not decades. Three witnesses have been murdered, along with three relatives of others who planned to testify against members of the Ampatuan family who have been charged with masterminding the crime in Maguindanao, a Mindanao province. At least 10 witnesses have been placed under the justice department's protection in a secret location, according to press protection organizations. Although as many as 100 people have been charged with the murders, many have never been arrested.

As an example of the dangers of taking on the violent elements in the culture, the Human Rights Watch officials who posted the press release asking that the government investigate Duterte and the Davao Death Squad requested that their names and contact details not be posted on websites using the release.

In the Davao case, Duterte won a national reputation as a tough on crime mayor for a drive that resembled the much criticized “war on drugs” campaign of then-Thai Prime Minister Thaksin Shinawatra in 2003, That drive killed an estimated 2,250 people, many of them believed to be innocent victims of police vendettas. Some 206 people were killed in Davao during the five-year period of Duterte’s own war, according to the Human Rights Commission. According to the commission’s report, “Dead bodies were piling up in Davao City during that time, consisting mainly of addicts, drug-pushers and thieves and young people with police records for petty crimes. A number of them were minors.”

In a separate report in March 2012, the Office of the Ombudsman found 21 Davao City police officials and officers guilty of “simple neglect of duty” for failing to stop or solve the killings. Each was punished with a fine of one month’s salary. The ombudsman said its investigation established that 720 people were summarily executed in Davao City from 2005 through 2008. Reportedly the killers, who were often paid for each successful execution, were usually former communist guerrillas who had surrendered to the government or criminals who joined the death squad to avoid being targeted themselves.

Philip Alston, Special Rapporteur on Extrajudicial, Summary or Arbitrary Executions, who visited the country in 2007 to investigate, said in a report that “it is a commonplace that a death squad known as the ‘Davao Death Squad’ operates in Davao City…One fact points very strongly to the officially-sanctioned character of these killings: No one involved covers his face.” Indeed, according to Human Rights Watch at the time, they “typically make greater efforts to conceal their weapons than their identity.”

Attempts by the Commission on Human Rights, then headed by now Secretary of Justice Leila de Lima, were said to have been stalled by a climate of fear gripping witnesses and by official denials from local government and law enforcement officials that the so-called Davao Death Squad even existed, according to the current commission ‘s report. Of the 206 killings recorded by the commission, 107 victims had criminal records or were suspected of involvement in illegal activities. Ninety of the victims were either shot or stabbed by motorcycle-riding assailants, 157 were shot and 36 were stabbed by other assailants.

“It was also established that lists of confirmed or suspected criminals were drawn up by barangay (district) and law enforcement officials, and that some, if not all, of those on such lists somehow ended up getting killed,” the current commission said. “These killings were arbitrary and rampant violations of the victims’ right to life, the most fundamental of all human rights. This right is guaranteed and protected by the International Covenant on Civil and Political Rights with the clear injunction that ‘no one shall be arbitrarily deprived of his life.’ Our own Constitution provides that ‘no person shall be deprived of life, liberty, or property without due process of law.’”

The five-member commission, headed by Loretta Ann P. Rosales, concluded by saying that “The search for accountability continues. The Commission continues with its call to Stop impunity, (and) make human rights our way of life.”

“The Commission on Human Rights’ Davao Death Squad statement is an important opportunity for the Aquino administration to show that it is serious about holding officials accountable for the worst abuses,” said Brad Adams, Asia director of Human Rights Watch. “The government should promptly implement these recommendations.”

Human Rights Watch said that death squad killings continue to occur in Davao City, although on a much smaller scale.

“The local media have stopped referring to the Davao Death Squad in reporting, but the nature of these killings suggests that death squad activities continue. The local government, meanwhile, takes pride in the supposed relative peace in Davao City, often citing the purported low crime rate as a factor for its progress. Similar death-squad style killings have been reported in the cities of Zamboanga, Tagum, General Santos, Cebu, and Cagayan de Oro.” and show that its rhetoric on ending impunity is meaningful to ordinary Filipinos.” Asia Sentinel