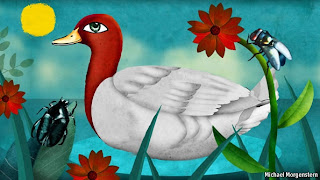 By doing very little, Indonesia’s president is doing fine. But many former fans feel let down

WITH just over two years of his second, and final, five-year term to run, Indonesia’s president, Susilo Bambang Yudhoyono, might be expected to be in a rush to build his legacy. Mr Yudhoyono, however, seems in no hurry to do much at all. His eyes are already on what he might do next. As for a legacy: Indonesia’s economy is strong and its politics stable. Why rock the boat? He is not so much a lame duck; more one that is sitting pretty. But, as he dithers, Indonesia’s press, its tycoons and even the general public have inevitably begun to look beyond him, to the presidential election in 2014, which is wide open.

Mr Yudhoyono’s aides spent his first term telling critics of the pace of reform to wait until his second, when a bigger parliamentary majority would unleash his radical streak. Sure enough, in parliamentary and presidential elections in 2009, Mr Yudhoyono and his Democrat Party did well. He won 61% of the presidential vote—a huge personal mandate that recognised his reputation for personal integrity and his commitment to an extremely popular issue: eradicating, or at least curbing, corruption.

That he is planning nothing bold even in this respect, however, became clear last month, when he let television cameras record the beginning of a routine cabinet meeting. He then accused some unnamed ministers, as well as members of parliament and business people, of corruption. This was thrilling stuff: the rumbling of the tumbrels’ wheels. But no heads rolled. The president then said he trusted the police and the independent anti-corruption commission to tackle graft. On to the next agenda item.

It was all rather baffling, and heightened the impression of a weak and indecisive president. Few people trust the police force, which, soon after that meeting, became embroiled in yet another corruption scandal of its own. A headline in the English-language Jakarta Globe newspaper summed up a popular view: “SBY Talks Tough, but Is Anybody Listening?”

Much the same question has been asked since he first took office in 2004. But then he had a slim majority and a fractious coalition. After re-election in 2009 it was his own choice not to appoint a cabinet of technocrats but to stay in his “big tent”. He put together a six-party coalition, including Islamic groups and Golkar, once the vehicle of the late dictator, Suharto, who was toppled in 1998. This prolonged a “democratic” patronage system that replaced Suharto’s more straightforward version. Most of the country’s political elite have cabinet seats, and run their ministries as personal fiefs. They can both line their own pockets and funnel money into their parties’ campaign war chests.

It has not helped that the Democrat Party is itself mired in a number of corruption scandals. But the coalition has further limited what Mr Yudhoyono can achieve. For example, pandering to the Islamic parties’ concerns has dashed hopes that he might take a firm line against radical Islamist groups guilty of attacking Christians and members of the Muslim Ahmadiyah minority.

Mr Yudhoyono’s one recent stab at controversial reform backfired disastrously. The World Bank and others have long urged Indonesia’s government to squander less money on inefficient subsidies. Fuel subsidies accounted for 13% of expenditure in 2011 and have made diesel and petrol prices among the lowest in the world. The coalition appeared to have agreed to a cut in subsidies that would have led to a price rise of one-third from April 1st.

Then, in a dramatic parliamentary debate, the other parties backtracked. The president was left carrying the can, apparently deaf to the appeals of poor Indonesians who would suffer from higher fuel prices and, as a consequence, higher food prices too. Meanwhile, pictures were beamed around the world of protesters outside parliament, crumpling under a barrage of water cannon and tear gas. Reform, Mr Yudhoyono, may have concluded, does not look good.

Since that failure, few other bold initiatives have issued from the presidential office. There is no sign that Mr Yudhoyono might oversee a resolution to the long separatist conflict in West Papua, as he earlier did in Aceh, in Sumatra. Last month he did break an important taboo, becoming the first Indonesian president to acknowledge that abuses were perpetrated during the crackdown on alleged communists in 1965 that accompanied Suharto’s rise to power; hundreds of thousands were slaughtered. He asked the attorney-general to investigate. But again, no names were named. Survivors will not have their day in court.

Mr Yudhoyono, too, seems to be looking beyond 2014. He enjoys international respect as the moderate, successful leader of a moderate, successful, democratic country of 240m, most of whom happen to be Muslim. Thanks to earlier reforms, favourable demography and demand for its commodities, the economy is growing by over 6% a year. Indonesia has regained a role as a regional leader and has boosted the standing of the regional club, the Association of South-East Asian Nations. Indonesian diplomacy has just rescued the club from an embarrassing falling-out over the South China Sea and how to approach China. On the bigger stage, Mr Yudhoyono revels in the global-summitry circuit, where he hobnobs with Barack Obama and other pals.

Building on this, it is no secret that he covets an elder statesman’s role. He has begun to speak out on international issues, such as Syria and the treatment of the Muslim Rohingya minority in Myanmar. Not long ago some of his staffers even wondered if he might succeed Ban Ki-moon as secretary-general of the United Nations. Just last month Mr Ban named him as one of three co-chairs of a commission on “the post-2015 development agenda”. As a future global statesman, he has all the credentials. But then, the same was said of him as Indonesia’s first popularly elected, and re-elected, president. And there he has disappointed many of his loudest cheerleaders.
Economist.com/blogs/banyan