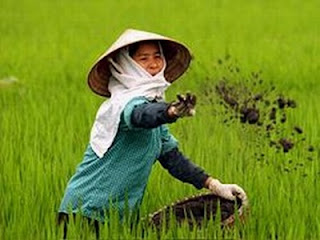 It should be no surprise that corruption can sometimes occur alongside economic growth in authoritarian regimes.

But Vietnam is proving a special case, with the level of corruption even getting worse in the midst of an economic crisis.

The Communist Party of Vietnam (CPV) general secretary, Nguyen Phu Trong, had to acknowledge recently that corruption is extremely prevalent in Vietnam, and the CPV now also considers corruption a threat to its continued survival and legitimacy. For the first time, however, the source of this threat has come from ‘interest groups’, referring to state corporations or state-sponsored economic groups. These interest groups are particularly dominant in areas such as banking and property development.

Communism was traditionally nurtured in Vietnam by workers or peasants who did not own the means of production. But a system of state capitalism, or ‘red capitalism’, now controls Vietnam’s public assets, and can use the state budget for its own interests without any effective checks. This situation has led to a series of high-profile corruption cases in recent years, each related to corporations and economic groups operating under the aegis of the state. For example, it was revealed earlier this year that Vietnam National Shipping Lines — the largest state-owned shipping and port operator in Vietnam — took advantage of various loopholes to siphon off billions of dollars from the state budget. This situation is reminiscent of Russia under the reign of Boris Yeltsin, when public assets were embezzled by ‘red capitalists’. The CPV was thus determined to combat corruption and establish an anti-corruption framework led by the prime minister. Yet the experience so far proves this effort has failed.

The CPV general secretary emphasised that in order to combat corruption, Vietnam must rely on the people because, as he said, the CPV’s internal procedures have failed to curb corrupt practices. Vietnam’s president, Truong Tan Sang, repeated a similar message in one of his rare interviews to the local media in Ho Chi Minh City. Sang even encouraged the people to be more active, rather than remaining passive and apathetic in the face of growing corruption. But within an authoritarian state like Vietnam — where all political power is in the hands of a single party, and where there is no effective regime of checks and balances — corruption is a certain feature of society.

Corruption is most visible in Vietnam’s land and property transactions. In the mid-1990s, Vietnam set 2020 as a milestone for the country to become basically industrialised and modernised. It now seems that for the government, ‘industrialised and modernised’ is synonymous with erecting more industrial zones or replacing rural villages with luxury apartment complexes — constructed on agricultural land that more than half the Vietnamese population relies on. As a result, nearly the whole country has become a construction site. Though the Vietnamese constitution rules that the entire population owns the country’s land, the state manages and acts as the sole representative of land-owners. This Stalinist land policy inadvertently helps ‘red capitalists’, in partnership with local governments, turn agricultural land into lucrative sources of income — at the expense of poor farmers.

Protests by farmers are mostly related to this form of corruption, and recent protests in Hai Phong and Hung Yen highlight two typical examples of how the local governments fail to protect the interests of farmers. At a national conference dealing with complaints and denunciations in May 2012, it was reported that more than 70 per cent of the complaints and denunciations in Vietnam are on land-related issues and corruption. And while some commentators have noted that land disputes raise questions of transparency in the decision-making processes of local governments, greater transparency will only work if other characteristics of a democracy, such as freedom of speech and accountability, also exist.

Accountability is a necessity for effective government. But in order for a government to be accountable to the people, it must be created by the people. In other words, accountability will only work if a government representative knows that he or she can be sacked by the people if the people’s demands are not met satisfactorily. Competition through free and fair elections is the only way for this to happen, but such an environment does not yet exist in Vietnam. All decision-making posts are appointed from the top down. Hence, public officers are only accountable to their seniors, not to the people. This lack of accountability to the public renders the CPV’s anti-corruption efforts largely ineffective.

The CPV is fully conscious that corruption is eroding the people’s trust in the regime and threatening its legitimacy. But the party’s rhetoric is proving insufficient. Recent high-profile corruption cases demonstrate that change is needed. As long as the public service is not accountable to the people, the CPV’s anti-corruption efforts cannot succeed.
Hai Hong Nguyen is a PhD candidate at the School of Political Science and International Relations, University of Queensland. East Asia Forum