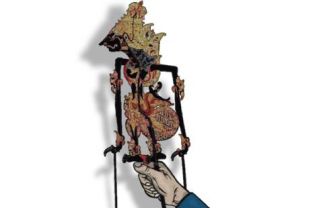 In May 2012, Indonesia allowed its human rights performance to be reviewed by the UN Human Rights Council under the Universal Periodic Review (UPR) mechanism.

Under the UPR, a state’s adherence to human rights standards is reviewed every four years.
The country under review prepares a comprehensive report on its performance, which is complemented by information from the UN and stakeholders. Other states then engage in dialogue with the state under review. Indonesia’s engagement in the UPR process is significant for several reasons.

Firstly, it re-affirms Indonesia’s support to this peer review mechanism which is universal, non-selective, constructive, and with the full involvement of the country under review. Indonesia has long been part of common efforts to reform the UN’s method and approach in promoting and protecting human rights worldwide, which has led to the creation of this and other innovative mechanisms.

Indonesia wants to see the UPR continue being the constructive tool it was set out to be — one that allows all UN member states to take stock and evaluate their respective efforts in a fair and equal manner, and on equal footing.

The participation of various relevant ministries and institutions in the delegation reflects the great importance Indonesia attaches to the UPR process. The level of engagement shows Indonesia’s desire to benefit from the mechanism, and to contribute to its credibility.

Secondly, Indonesia’s engagement reaffirms its position that the human rights situation in any country is a legitimate interest and concern of the international community. The government continues to argue for a more permissive interpretation of the principle of non-interference in relation to inter-state cooperation in human rights and the promotion of democracy. It continues to work toward mainstreaming human rights and democratic principles into the ASEAN framework. The Bali Democracy Forum, which was initiated by Indonesia, also promotes practical cooperation to advance democracy in the Asia Pacific region.

Indonesia is using the mechanism to publicise the efforts it has been making in the human rights arena in front of the international community. Official representatives also openly recognised the challenges it faces, and were appreciative of comments made, concerns expressed and recommendations submitted by participating countries during the interactive dialogue.

Thirdly, participating in the UPR directs public attention toward the national human rights framework. Indonesia’s national report for the UPR was the product of cooperation among a wide variety of stakeholders, including human rights institutions and civil society organisations based in both the capital and the provinces. Such an inclusive process is critical in creating a sense of ownership over the project.

Various national human rights institutions and NGOs launched their own consultative process to prepare ‘shadow reports’; many such groups were also represented in Geneva. While these assessments were based on different degrees of understanding of the UPR process, their common message was that more effort was needed to address the gap between policy and practice, and that they were ready to work with the government to implement accepted recommendations.

Indonesia received 180 recommendations during the interactive dialogue. It declared 144 to be acceptable, while the other 36 are to be examined further. The number was misconstrued by many as representing the magnitude of the human-rights problems to be dealt with when, in fact, it is a listing of every recommendation made by a delegation, which does not take into account the substantive overlap between them.

When the UPR report on Indonesia is adopted at the September session of the Council, the Indonesian government is expected to announce its position on all pending recommendations, and representatives of national rights bodies and NGOs will be allowed to comment. This will give civil-society actors who have maintained an interest in the country’s human-rights situation an opportunity to participate.

The UPR process underlines the fact that no country is free from human rights problems, and that the protection of human rights is an ongoing process. What is important is the government’s continued commitment, and the availability of a national human rights protection framework that allows adaptive policies and strategies to be taken to respond to Indonesian peoples’ changing needs and priorities. International dialogue and cooperation in this field is imperative.

The process also serves as a useful reminder that much is expected of the Indonesian government in the field of human rights. These expectations come not only from the international community, which has demonstrated strong support for Indonesia’s democratic transformation, but, above all, from the country’s own people.

Bapak Anshor is Director of Human Rights at the Ministry of Foreign Affairs, Indonesia.