North Korean Succession and the Risks of Instability 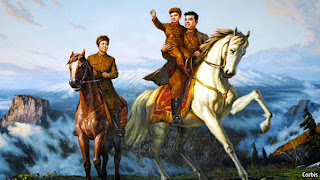 Seoul/Brussels  |   25 Jul 2012
Despite last week’s abrupt shuffle at the top of the military leadership, Kim Jŏng-ŭn appears to be firmly established as the new leader of North Korea, completing a faster and smoother power transition than many experts anticipated.
North Korean Succession and the Risks of Instability, the latest International Crisis Group report, analyses the transfer of power and concludes that, for now at least, the  nuclear state appears stable, and its regime shows no interest in changing policy direction. The new leader has announced his intention of continuing the policies of his father and grandfather, who built a complex system to maintain an extremely concentrated one-man dictatorship and an extraordinarily militarised society.
The apparent ease of Kim Jŏng-ŭn’s accession to the supreme leadership upon the death of Kim Jong-il in December suprised the many analysts who had predicted resistance, instability or even a coup. However, his firm grip on power may spell more hardship for his people and more tension in the region. The son appears to be more charismatic and more interested in demonstrating a dynamic public style, but there are no indications he intends to pursue the economic reforms that are desperately needed to reverse over two decades of economic insecurity.
Maintaining existing defence and regional policies, which also appears to be part of his game plan, would mean continued confrontation with North Korea’s neighbours and increasing risks of nuclear proliferation. If the leadership is tempted to go against international pressure and attempt to test  another nuclear device or long-range missile, the only realistic strategy to dissuade it would be robust deterrence and containment.
“Chronic insecurity, a command economy, a strong tradition of democratic centralism, a complex structure of political institutions and a well-developed indigenous ideology all reinforce the Kim family cult and concentration of power”, says North East Asia Deputy Project Director Daniel Pinkston. “The apparent result is a smooth succession with little prospect for reform in the near future”.
Despite widespread scepticism about the ability of the young Kim (he is 28 or 29) to take command – many surmised that a committee of powerful figures would either oust him or prop him up as a figurehead and rule behind the scenes – no person or group is likely to mount a challenge. The 15 July purge of Vice Marshal Ri Yŏng-ho from all his positions, including chief of the general staff, was a still not fully explained surprise, but with it Kim asserted his control over the military. He could well be in power for decades.
Whether the regime continues as a personalised dictatorship or assumes a decentralised leadership structure matters, because it could affect several important policy decisions. Simple reforms could improve resource allocation, efficiency and productivity, but that would require repudiation of a decades-old system and ideology that form the foundation of Kim Jŏng-ŭn’s political legitimacy.
“North Korea under Kim Jŏng-ŭn is stable, and there is no sign of opposition to the dynastic succession. The barriers to change are tremendous”, says Acting Asia Program Director Paul Quinn-Judge. “However, the system is not sustainable forever; reinforcing the status quo could lead to its downfall”.