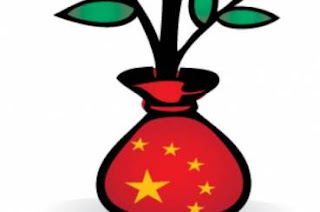 China may have played a major role in rescuing the global economy in the wake of the 2008 financial meltdown. But its latest stimulus policies seem more likely to aggravate its own problems and those of the world than to be a help.

Premier Wen Jiabao acknowledges that the economy is slowing and needs stimulus but his preferred tools appear politically inspired and economically wrong-headed. He wants to stimulate investment and is calling on major state enterprises to help by investing in bigger and better plant and equipment. This, it is hoped, will plug the gap in investment left by the deflating of the housing bubble. Secondly he is hoping for exports to continue to be a positive factor with further gains in China’s share of global markets.

However, substituting one lot of ill-considered investment in place of another can only make China’s longer term growth prospects worse, saddling companies as well as local governments with high debts and low returns from investment. The property bubble has already created a vast stock of housing and other buildings which will take time to be absorbed, meanwhile the sharp fall in land sales revenue has left local governments in dire straits – made worse by their use of off-balance sheet borrowing to fund grandiose projects such as subway systems and sports stadiums.

The major SOEs are certainly in a better position to invest than local governments. Many still enjoy monopoly or oligopoly profits. However, overall profits appear to have been falling for reasons which include higher wage costs – which are at least good for consumers – and excess supply. China already has an excess of steel, aluminum and other base metal production capacity, shipbuilding and a host of other industries.

Adding to these will have two effects. Firstly the balance sheets of the SOEs, already probably not as strong as they should be due to real estate and other speculation, will be weakened, which will ultimately add to the cost of cleaning up the banks. Secondly, and with possibly serious consequences for international trade, more excess capacity will lead to more dumping of Chinese goods on world markets.

China’s trade surplus had been in steep decline for three years and there were forecasts that it could soon be eliminated as domestic consumer demand and the yuan both rose. However, the surplus is now on the rise again and the likelihood is that this will continue, providing some help to China’s GDP growth but being a drag on the rest of the world.

There are two reasons for this. First, China’s export growth has slowed but remains robust relative to world trade generally. Yuan appreciation has helped some industries while hurting others. Meanwhile the low cost of money in China is a plus and excess capacity means many enterprises will cut export prices to the bone just to keep their factories busy.

The second factor, and one which probably has further to run, is lower prices for imported commodities such as coal, oil, copper and iron ore. Recent price falls reflect the prospect of additional supply as well as the slowdown in China’s overall growth. In fact import volumes remain quite firm but with prices dropping China’s terms of trade and thus its trade surplus are rising. None of this is good news for the growth prospects of commodity exporters like Indonesia, South Africa etc whose own growth will thus slow.

Instead of force-fed efforts to ramp up investment, which has long been higher than seen in Korea or Japan during their periods of maximum growth, China badly needs to bring its long term growth assumptions down to 5-6 percent, a level commensurate with its demographics and with lowering the level of environmental damage. Secondly it needs to make a much better job of stimulating consumption. For sure, consumption has been growing steadily but has a long way to go before it claims its fair share of expenditure.

Unfortunately, to get there will require not just higher wages but higher returns on bank deposits --- held down by official action – and confidence that housing prices will stay down at levels which do not pressure households into excess savings. Other measures could include forcing the SOEs to pay out more in dividends, cutting prices by ending monopolies and resuming yuan appreciation against the US dollar.

The problem is that these economic solutions are in practice political issues because of the inter-linkages of party, state and public enterprise interests. They are part of a reform agenda which has come a halt. Wen’s stimulus exhortation and the easing of monetary policy will provide some help to an otherwise soft domestic economy. But the impact on the world will be at best neutral and at worst damaging. As for China, the measures will make future reform harder than ever. Asia Sentinel