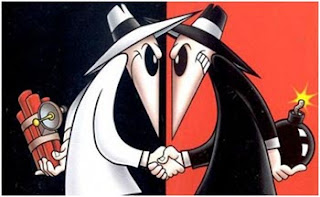 The Australian secret service chief has delivered an unprecedented glimpse of the character of Australia's spies: nearly half of them women, of mixed ethic heritage and overwhelmingly young.

And the self-confessed man of ''carefully cultivated shadows'' confirmed Australian spooks have helped with the arrest of dozens of terrorists in south-east Asia as recently as a few months ago.

Nick Warner, head of the Australian Secret Intelligence Service, delivered a landmark speech in Canberra yesterday on the transformation of Australian espionage to a packed audience, including at least three officials from the Chinese embassy taking copious notes.

Mr Warner said the work of the service had new urgency and importance, from the collection of secrets to include operations against terrorist networks, people smugglers and alongside troops in Afghanistan. It marked the first time in the 60-year history of the secretive outfit a serving director-general has given a public address.


''ASIS reporting has been instrumental in saving the lives of Australian soldiers and civilians, including kidnap victims,'' he said.

''Intelligence in our particular realm can be defined as secret information gleaned without the official sanction of the owners of that information,'' he said.

In the crowd was former Australian ambassador Jeremy Hearder, son of one of the three founders of the secret service, former British army officer Roblin Hearder, who in 1952 based the espionage operations out of a military base in Melbourne with the then codename MO9.

For years, Mr Hearder was unaware of his father's secret work until he was officially briefed as a diplomat about the existence of ASIS.

Mr Warner hinted at the ''far-flung'' operations of Australia's spies, naming threats from extremists in Indonesia, Pakistan and Somalia.

He also warned of cyber operations as ''the most rapidly evolving and potentially serious threats to our national security''.

Mr Warner himself is not a career spy, confessing he failed an effort to join the service in the 1970s - only to take over as director-general in 2009 after a stint in charge of the defence department.

He told Fairfax after the speech the secret service had considered commissioning a history of its work to commemorate its 60-year anniversary, similar to a volume produced for the British secret service.

But he said the British history covered the period only up to 1949, three years before ASIS was founded. Mr Warner said secret service workforce included around 45 per cent women and around 65 per cent of spies are aged between 25 and 45 years - with 20 per cent of recent recruits drawn from an ethnic background. Three quarters of Australia's spies speak a second language.

The secret service has a major commitment in Afghanistan and will remain as long as troops are deployed there, with work ranging from tactical level reporting on threats to insights into the Taliban leadership.

''The ASIS personnel deployed with the ADF have developed strong bonds, and it's difficult to see a situation in the future where the ADF would deploy without ASIS alongside.''

Australian spies do not use violence, blackmail or threats, but its officers can use weapons in self-defence or to protect agents. Canberra Times
Posted by Kerry B. Collison at 5:06 PM