The One Capitalism That Dare Not Speak Its Name: Japan’s Miracle 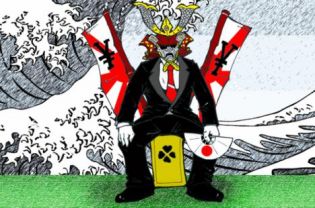 On Dec. 26, 1992, a year after the Soviet Union imploded and lurched to embrace American-style capitalism, the Economist editorialized about a “universal agreement that there was no serious alternative to free-market capitalism as the way to organize economic life.”

Since its origins in mid-19th century Britain, the Economist has been the main propaganda organ for the neoclassical ideology of the free market (minimal government, invisible hand, etc.). It is the job of all ideologues to make their own preferred political and economic system seem natural and perfect. Still, someone in that 1992 editorial meeting ought to have said, “Not so fast.”

In a special report on state capitalism last January, the Economist admitted that “the era of free-market triumphalism has come to a juddering halt.” Liberal capitalism in Britain and the United States isn’t just convulsed with internal crises caused by unregulated financiers. It now faced “a potent alternative”: state capitalism, which has on its side one of the world’s biggest economies — China — and some of its most powerful companies — Russia’s Gazprom OAO, China Mobile, DP World, and Emirates Airline.

“Across much of the developing world,” Bloomberg Businessweek recently reported, “state capitalism — in which the state either owns companies or plays a major role in supporting or directing them — is replacing the free market.” From 2004 through 2009, the article points out, “120 state-owned companies made their debut on the Forbes list of the world’s largest corporations, while 250 private companies fell off it.”

What explains this stunning reversal for Anglo-American neoliberalism? Or is it that we have just emerged, blinking, from a long period of ideological delusion in which we were unable to see the world as it actually is?

The last 20 years of globalization spawned no greater article of faith than that selling state-owned corporations, inviting foreign investment, and deregulating prices and markets would encourage growth, and even introduce democracy.

There were early signs warning against a scenario in which nation-states paved the way for globalizers. Russia’s disastrous market reforms in the 1990s led to the plunder of national resources by an oligarchy and general impoverishment and mass trauma until an authoritarian figure — Vladimir Putin — stepped in to restore the state’s authority over strategic industries.

Introspection can’t be easy for the financial periodicals that were cheerleading Russia’s calamitously “free” market for much of the 1990s. Thus, the Economist’s abridged account of modern state capitalism: According to its editors, the sobering example of Russia’s post-1991 collapse was what apparently convinced Chinese leaders that they needed to blend state intervention with private enterprise. And the contemporary form of state capitalism was developed by Singapore under its founding father Lee Kuan Yew.

History! Actually, the idea that the state had a vital role to play in economic development and income redistribution has been dominant in most parts of the world for much of the last two centuries. President Franklin Roosevelt’s New Deal even introduced it into the political mainstream of the United States, where it lingered for decades thereafter.

Perhaps the most striking omission in recent accounts of state capitalism is how Japan charted its path from a developing country to a developed one. The Japanese state was closely involved in building up domestic industries and finding overseas markets for them.

Japan’s state capitalism became a model for countries across East Asia, including Singapore.

So why are Japan’s successes and its regional variations in East Asia airbrushed out of the history of modern capitalism?

In the 1970s and 1980s, when the promise of prosperity first came to be linked with privatization, deregulation and minimal governments, or the so-called Washington Consensus, the World Bank and neoclassical economists such as Milton Friedman began to credit the free market for the East Asian “miracle.”

In this particular economic history, the allegedly free markets of Japan, South Korea, Taiwan and Singapore were counterposed to the stagnant, centrally planned “socialist” economies of India and China. (The discourse was extremely influential; you don’t have to look hard today to find free-market reformers in India and China invoking the example of East Asia).

Things were, of course, a lot more complicated. Japan had long followed its own model, in which government interacted closely with business in order to give the latter a competitive advantage in international markets.

In his 1982 book “MITI and the Japanese Miracle,” the scholar Chalmers Johnson, later known for his excoriation of US foreign policy, demonstrated the central role that Japan’s Ministry of International Trade and Industry played in the country’s development and in giving Japanese firms a competitive advantage — a role that began in the early 20th century.

Japan’s success had keen observers and imitators across Asia. The South Korean leader Park Chung Hee, who initiated South Korea into its rapid economic growth, once told the American journalist and scholar Frank Gibney that he had consciously modeled his country’s developmental capitalism on Japan’s example since the Meiji Restoration in the 19th century.

The Japanese, eager to export their model across East Asia, balked at their appropriation into the new narrative of neoliberal capitalism.

“The East Asian Miracle,” a World Bank report in 1993 funded by the Japanese government, conceded the role of government intervention.

Such arguments make you marvel at the insidious influence of laissez-faire ideology in the previous two decades — how it created, among other things, a general amnesia about the original Asian centers of state capitalism.

Pankaj Mishra, whose new book, “From the Ruins of Empire: The Revolt Against the West and the Remaking of Asia,” will be published in August, is a Bloomberg View columnist, based in London and Mashobra, India.
Posted by Kerry B. Collison at 5:13 PM