White paper: ‘Australia in the Asian Century’ or lost in Asia? 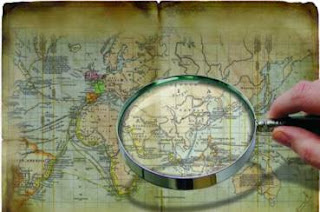 The paper hinges the nation’s strategy of becoming a competitive force within the region through skills development, innovation, infrastructure, the tax system, regulatory reform, and sustainability.

However before a nation can become a competitive force, it must have an accepted place in the region.

On this key strategy, the white paper does little more than make a “rally call” to Australians to come out and make it happen.

The paper also reeks of Austro-centrism where most of the points made in the document are written with the expectation that Australia will win out of closer ties with Asia without necessarily giving much back in exchange — such as Australia having closer ties with Asian universities in order to attract students and skilled workers. Rather one-way to say the least.

Not surprisingly, the document still goes out to reaffirm Australia’s loyalty to the United States.

Historically the US is seen as a savior from invasion by the Japanese during World War II and consequently there has been a total commitment from successive Australian governments through the Cold War until the present time for US foreign policy.

This has brought many foreign policy mistakes and probably cost Australia in Southeast Asia any individual identity.

In contrast, China is now so important to Australian trade, investment, and tourism, yet Australia is unconsciously niggling China with its staunch loyalty to the US.

China saved Australia from a deep recession with demand for minerals whereas the US brought the Australian government anguish over the involvement in Iraq and Afghanistan, China would prefer to deal with an Australia with a mature and independent foreign policy rather than an enthusiastic supporter of US foreign policy.

China as an ally presents less of a dilemma than the US, as China has historically always allowed some deviation from the official Chinese foreign policy.

For example China does allow Australia and other nations to have a separate relationship with Taiwan, and different approaches to regional issues without making these differences major issues.

Maybe Australia can learn from the Indonesian approach of dynamic equilibrium, a doctrine where Washington and Beijing would agree to co-exist rather than compete for supremacy in the Asian region.

After decades of successive government foreign and trade policy, Australia still does not have any embedded position within the region.

The influence of Australian business and financial institutions in the region is minor, nowhere near the critical mass needed to become a competitive force in the region.

The only exception is in the mining sector, which to all intents and purposes has made the Australian economy very dependent upon demand in Asia, particularly China.

Back in the 1990s the then prime minister Paul Keating stated that Australia is part of Asia and made a concerted effort to embed Australia within the region.

This had some positive effect with Indonesia, Cambodia, Laos, and Timor Leste, but had setbacks over the recalcitrant remarks about Malaysia’s former premier Mahathir Mohamad which soured relations with that country for a number of years.

However perceptively, all these gains were lost when John Howard came to power in 1996 reaffirming the Canberra-Washington link, earning the label for Australia as the US’s deputy sheriff in the Asia.

The Australian market is small compared to other markets and of little interest to regional exporters who prefer to put their efforts into the larger markets of China, Japan, EU, and the US.

Though Australia has some deeply historical links with many parts of the region due to some heroic actions of troops during World War II, tragically these opportunities to further develop relationships were not capitalized upon, due to Australian mesmerization with Washington.

White papers aside, it will be action and not words that are important and China and the region will be surprised to see any real change, although the intention and realization of the need is present within the foreign policy Australian agenda.

However with Australia, old habits die hard. Australia also has a track record of falling over itself in Asia.

It will take much more than a massive investment in skills and education to be able to engage the Asian region, let alone be “competitive”.

One of the paramount barriers Australia has to overcome is the deep set belief that its own cultural values are not necessarily universally accepted across the region.

It’s not about learning Asian languages but about understanding different points of view, approaches, and “mindsets”. Austro-centrism must take a back seat in relationships around the region for Australia to be seriously considered a member of the region.

The white paper is still haunted by Australia’s past. Maybe it’s time for Australia to release the US security blanket a little and become a mature and independent nation within the Asian region.

However one fears with the promise of a rise in real incomes from the “Asian Century” initiative, that the whole thing is just a pander to the domestic electorate. As the report itself aspires, Asia is seen only as a means for Australian incomes to become one of the top 10 per-capita ones in the world.

The white paper has turned it into a promissory note for a better future within Australia based upon the misconception that internal capacity building will make Australia more competitive in Asia, being too “fuzzy” about developing a real strategy to engage the region. Building up capacities are only building capabilities.

They are not strategies within themselves.

Presence and accommodation of Asia to what Australia really has to offer is the vital key.

This implies showing the region that an independent Australia is truly willing to put its lot in with Asia and not with the US.

Asian suspicion may arise to the issue Ms Gillard herself talked about Australia being a winner in Asia, and this implies there must be losers.

Its highly doubtful if anybody in the region is looking at Australia with any more interest today.
Murray Hunter, Kuala Lumpur associate professor at University Malaysia Perlis, and the author of a number of books on agriculture, economics, and entrepreneurship.