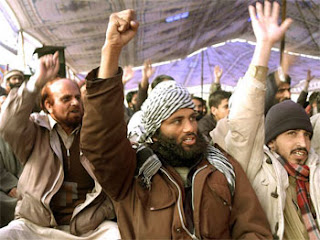 Islamabad/Brussels, 9 October 2012: Three successive years of devastating floods threatening the lives of millions, coupled with the displacement of hundreds of thousands due to military operations and militancy, gives Pakistan’s radical Islamist groups opportunities to recruit and increases the potential for conflict.

“Since the democratic transition began in 2008, some progress has been made”, says Samina Ahmed, Crisis Group’s South Asia Project Director. “But much more is needed to build the federal and provincial governments’ disaster and early recovery response”.

Pakistan: No End to Humanitarian Crises, Crisis Group’s latest report, warns that the recurrent natural and conflict-driven humanitarian crises, which have put the lives and livelihoods of so many at risk and aggravated economic hardships, need urgent and coordinated action.
“The military’s suspicions of and animosity toward foreign actors undermine efforts to improve the humanitarian community’s coordination with government agencies”, says Ahmed. “By hindering international humanitarian actors’ access to populations in need, the civil-military bureaucracies are undermining efforts to help citizens cope in the aftermath of humanitarian disasters”.
In conflict areas where the military still holds sway, short-term security objectives often determine eligibility for state assistance. Additional restrictions have been placed on the activities and access of international and local NGOs and other humanitarian actors, par-ticularly since the May 2011 U.S. raid that killed Osama bin Laden near a major military academy in Abbottabad.

To confront the challenges effectively, it is essential to strengthen the civilian government’s capacity to plan for and cope with humanitarian crises and to prioritise social sector and public infrastructure development. It is equally important that all assistance and support be non-discriminatory and accompanied by credible mechanisms for citizens to hold public officials accountable.

Given the magnitude of needs, timely appeals by Islamabad for funds are crucial for attracting donor attention and raising funds. However, humanitarian needs will go unmet in the absence of a coordinated approach by all humanitarian aid actors involved. International assistance must not be held hostage to the ups and downs of Pakistan’s foreign relations or to the international community’s wider geopolitical imperatives.