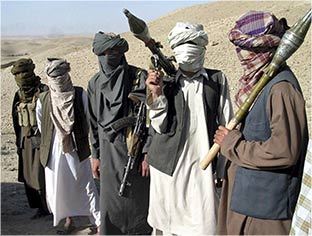 Kabul/Brussels, 8 October 2012: Afghanistan is hurtling toward a devastating political crisis as the government prepares to take full control of security in 2014.

“There is a real risk that the regime in Kabul could collapse upon NATO’s withdrawal in 2014”, says Candace Rondeaux, the International Crisis Group’s Senior Afghanistan Analyst. “The window for remedial action is closing fast”.

Afghanistan: The Long, Hard Road to the 2014 Transition, Crisis Group’s new report, explains how the country is on course for another set of fraudulent elections and how that could undermine what little hope remains for stability after it takes full responsibility for security.

“The Afghan army and police are overwhelmed and underprepared for the transition”, says Rondeaux. “Another botched election and resultant unrest would push them to breaking point”.
The new report details the challenge ahead as the country’s political leaders prepare for political and security transition in eighteen months. The government’s credibility has not recovered since the fraudulent and chaotic presidential and parliamentary polls in 2009 and 2010, and so far, leaders have been unable to reverse the downward spiral.

“President Karzai and parliament have long known what needs to be done to ensure a clean vote, but they have steadfastly refused to take any serious steps in that direction”, says Rondeaux. “Karzai seems more interested in perpetuating his own power by any means rather than ensuring credibility of the political system and long-term stability in the country”.

Resolving both the long crisis over electoral administration and related constitutional disputes could well be the key to determining whether the current political system will survive the NATO drawdown. If the elections are again nothing but fraud, the credibility of the authorities will be cast into even deeper doubt, and more people will look to alternatives.

Many key tasks are unfinished, particularly regarding electoral oversight. Confusion over the rival authority of several commissions and the courts threatens to unravel the system entirely. Constitutional defects need to be addressed, and rule of law has to be reinforced as the transition unfolds. As the first step, the date for presidential elections should be set as soon as possible.

Unfortunately, it is not likely many in the political elite view the problem this way. The danger is that President Karzai’s top priority is maintaining control, either directly or via a trusted proxy. He and other leading members of the elite may be able to cobble together a broad temporary alliance, but political competition is likely to turn violent on the heels of NATO’s withdrawal.

The possibility cannot be excluded that he will declare a state of emergency as a means of extending his power. Such a move would accelerate state collapse and likely precipitate the next civil war in the country. If that occurs, there would be few opportunities to reverse course in the near term. Securing the peace in Afghanistan would then remain at best a very distant hope.