No Love Lost Between Indonesia and Malaysia 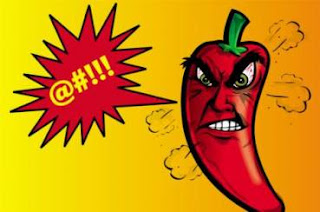 Petrol stations in Indonesia owned by Shell, Petronas and Total are having a hard time because they do not have access to the subsidized premium fuel sold at stations supplied by the country's state-run Pertamina Oil Company.

If the playing field was not uneven enough, Petronas has also had to deal with negative consumer sentiment: Many Indonesian motorists cannot bring themselves to patronize something that is distinctively Malaysian.

Petronas will not comment, but in further evidence of the disturbing state of people-to-people relations between Indonesians and Malaysians, customer resistance is one key reason why Petronas has been forced to close many of its 18 stations in recent weeks.

Most analysts trace the deterioration in ties back to the emergence of Prime Minister Mahathir Muhammad in 1981 and subsequently to the 1997-1998 financial crisis which unleashed a flood of illegal Indonesian migrant workers into Malaysia.

Along the way, the two countries have engaged in bitter disputes over the Sipidan and Ligitan islands in the Celebes Sea - which the World Court awarded to Malaysia in 2002 — and over the Ambalat oil-exploration block off Borneo's east coast, which remains unresolved.

Founding Indonesian president Sukarno's armed opposition to Britain's creation of the Malaysian federation in the early 1960s — a period called Confrontation — left surprisingly few scars because it had little public support, especially from the generals who sought to make peace behind his back.

Looking back now, veteran academic Jusuf Wanandi says the years following Confrontation were, in fact, the high point of the relationship, helped by the birth in August 1967 of Asean.

But that generation was old school. The more mercurial Tun Mahathir changed the mood, setting an independent course which brought him into personal conflict with president Suharto.

To rub salt into the wound, Malaysia escaped from the 1997-1998 crisis relatively unscathed — in part thanks to controversial currency controls instituted by Mahathir — while Indonesia saw a meltdown. In Indonesia, hundreds of thousands of job seekers surged into Malaysia, setting the stage for a serious and wholly avoidable decline in the way the two countries' peoples looked at each other.

The fault lies on both sides. The Indonesian authorities did not prepare their uneducated women — many of them from the Java hinterland — to operate even the simplest of home appliances or try to secure a labor treaty with Malaysia to protect them.

The Malaysian government was complicit in the resulting exploitation, not only making little effort to prevent their abuse, but also perpetuating the belief that most of the Indonesian male workers were criminals and should be treated as such.

That attitude seems to prevail today. When four alleged thieves were shot dead recently under still-unclear circumstances, it brought the number of Indonesian migrant workers killed by Malaysian police in the past five years to more than 150.

Given their similarity in cultural backgrounds, the back-biting that goes on between the two neighbors sometimes beggars belief, much of it driven by perceived slights and, on Indonesia's part, by a hostile overly nationalistic media.

The Malaysian government keeps its journalists in check, but it has little control over social media. "It's as bad if not worse than ours," says Wanandi, who is now working with his Malaysian colleagues on ways to address the problem.

Broadly speaking, it can be put down to the older brother-younger brother complex. Big brother Indonesia is huge and under-developed, but with a strong sense of nationhood and, as the economy grows, an increasing confidence in its role as a regional leader.

Younger brother Malaysia is nine times smaller in terms of population, but with a per capita income almost three times higher. It also has a better ability to market itself ("Malaysia, Truly Asia" slogan) and a sniff of superiority in the way the nation is managed.

Given the strong family ties that exist across the Malacca Strait, the 50 million Sumatrans appear to be less exercised about Malaysia than the dominant Javanese, whose overbearing attitude often irritates many of their own countrymen.

Because of historic migrations, some Malaysian states also have large Indonesian populations, notably Minangkabau (West Sumatrans) concentrated in Negeri Sembilan, Bugis in Pahang and a mix of Sumatrans and Javanese in Johor.

Unlike the Sumatrans, the Javanese see themselves as culturally different from the Malays, with their own distinctive language and a heritage colored by Hindu and Buddhist influences going back to the first century. Javanese love poking fun at the way their neighbors improvise Malay, and snigger over their anthem, "Negaraku" ("My Homeland"), whose melody they consider derived from the Indonesian love ballad, "Terang Bulan" ("Shining Moon").

But they lose their sense of humor when Malaysia seeks to patent the technique of making batik — perhaps its most egregious cultural crime in Indonesian eyes — and lays claim to famous Indonesian song like "Rasa Sayang" and traditional dance Reyog Ponorogo.

All this keeps nationalistic emotions on the boil and both countries seemingly on edge. "What we're doing is important," says Wanandi, who played a behind-the-scenes role in bringing an end to Confrontation. "Otherwise, it will get even worse."
By John McBeth for the Straits Times