The baron, the Bakries and the shattered dream 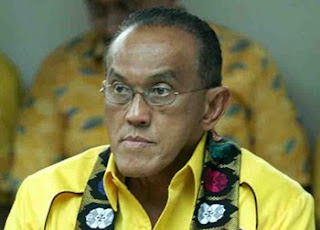 At an event in Jakarta in December 2010, Nathaniel Rothschild was full of confidence and admiration with regard to the Bakrie family, whose business empire had once enjoyed privileges from the Soeharto regime to help counter the domination of tycoons of Chinese descent.

Rothschild seemed at the time to have weighed the risks well in venturing forth with the Bakries in an ambitious plan to create the world’s biggest coal company. The jewel in the Bakries’ crown, PT Bumi Resources, the world’s largest thermal coal exporter for power plants, was pledged as initial underlying assets to lure international financing.

Rothschild, a scion of the centuries-old banking dynasty that once helped bankroll Britain’s war against Napoleonic France, was also fully aware of the risks entailed in the venture. Banks had mostly shied away from the family’s empire due to its over-leveraged assets and debts, as well as tax irregularities of around US$700 million in several PT Bumi units.

In an interview with The Jakarta Post at the time, Rothschild said that Bumi Plc, the planned joint venture company with the Bakries, “would be large enough to take the risk”.

“So the reason why banks have not been willing to lend is simply because the leverage of both the country and the groups’ standpoints have been probably at the higher end of what the credit committee of banks, local or international, has been willing to expect,” he said.

The future fifth Baron Rothschild also pledged to help the Bakrie Group to de-leverage over time to reduce the debt and free up capital for more expansion by listing Bumi in London to access international financing.

“If you have an optimistic view of thermal coal prices, as I certainly do, this whole business will be debt-free by 2014. We’ll be in a net cash position by 2014.”

He also heaped praise on the Bakries, particularly the three brothers — Aburizal, Nirwan and Indra.

“If you know them [the family], or you get to actually talk to people who have done business with them, in my experience the view of the Bakries is universally good,” he added.

Rothschild’s daring venture with the Bakries surprised many analysts and business people. And eventually, the skeptics won the bet in the troubles that ensued.
The goodwill seemed to have evaporated when Rothschild in November last year made public a letter to Bumi chief executive officer Ari Hudaya, calling for a radical clean up in PT Bumi. He sought a timetable for the repatriation of “funds deposited with connected parties”.

That incident was followed by further Rothschild outbursts about a string of other financial irregularities at PT Bumi, culminating in his decision to resign from the Bumi board on Tuesday, vowing to fight “from outside the tent”.

With Bumi confronted by over-leveraged financing and the decline in international coal prices, as demand slows due to global economic uncertainties, the timing of the feud could not have been worse. The events caused the company’s value to plunge by 88 percent.

However, as the feud ensued, Rothschild seems to have overlooked the Bakries’ past form in sailing through a series of crises and their influence in the nation’s political arena.

The Bakries are a politically wired family, with its patriarch Aburizal chairing the Golkar Party, once the political machine that helped Soeharto cling to power for three decades but now Indonesia’s second-largest party.

It was Aburizal and his cronies who financed Susilo Bambang Yudhoyono’s rise to power in 2004, with Yudhoyono apparently repaying the favor by absolving the Bakrie family from official blame for the 2006 mudflow disaster that displaced more than 3,000 people in Sidoarjo, East Java.

The Yudhoyono administration is also alleged to have intervened to have the Jakarta stock exchange suspended during the height of the global financial crisis in late 2008. The suspension provided a lifeline to the shares of Bakrie-affiliated companies, which were plummeting at that time.

The ousting of reform-minded finance minister Sri Mulyani from the Cabinet in 2010 may also be linked with the family.

This may also go some way to explain the Indonesian capital market authorities’ recent decision to remain on the fence over Rothschild’s requests for an investigation into irregularities in PT Bumi.

For the Bakries, the intensified feud with Rothschild, 41, may seem petty compared to the troubles the family has already been through. They know better than any other Indonesian businesses just what a real crisis feels like.

The family survived the impact of the late 1997 Asian financial crisis relatively unscathed, thanks to liquidity support from the central bank.

On the heels of the financial meltdown in the United States in late 2008, the family was bogged down with $1.2 billion debt problem, but managed to survive through a sophisticated settlement in which basically the debts remain and subject to restructuring by third parties, but without the family having to relinquish their control over Bumi Resources.

There have also been numerous allegations of tax irregularities in the family-linked companies, but no investigation by the authorities has been launched thus far.

Apart from the family’s history of crisis management, Rothschild also seems to have underestimated the ingenuity of the Bakries.

Nirwan, the third child of Achmad Bakrie, the founder of the Bakrie Group, was already known as a “master of financial engineering” during the 1990s, while Rothschild was probably still on a learning curve in the financial sector.

Nirwan’s credentials in this field, according to many financial analysts, remain unmatched until this day. He is also known as a high-profile risk taker while running the business, prompting analysts to dub him “the man with 1,000 ways out”.

Nirwan, 61, has been in the driving seat of the family’s business empire since 2005 after Aburizal, his older brother, joined the Cabinet under Yudhoyono in 2004.

It was Nirwan’s allure that attracted Rothschild to forge the Bumi venture after JPMorgan’s executive Ian Hannam hooked them up in 2010.

In less than two months after the meeting with Nirwan, Rothschild could not resist the temptation for a deal.

“He [Hannam] approached me in October [2010], with the great idea of introducing me to Nirwan, and he outlined the strategy too. I thought it made sense, and I definitely wanted to meet, and that was how we got together. A classic example of good investment banking,” said Rothschild in an interview with the Post in December 2010.

But with the likelihood that the feud will get messier, Rothschild has probably learned some hard lessons from his “hasty” decision. He might also want to rethink the definition of “a classic example of good investment banking”. Rendi A. Witular, staff writer at The Jakarta Post.