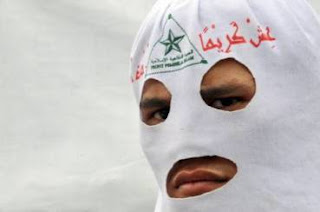 The 10th anniversary of the Bali bombings this month is an opportunity for introspection on how far Indonesia has come since then. The terrorist attack carried out by the al-Qaeda-linked group, Jemaah Islamiah (JI), was instrumental in turning Southeast Asia into the second front of the so-called war on terror, a year after the 9/11 attacks in the United States.


The spotlight was very much on Indonesia as sporadic attacks on foreign targets took place since then - notably the Jakarta Marriott bombings of 2003 and 2009, and the Australian Embassy bombing of 2004. Luckily, terrorists have failed to pull off a repeat of the Bali blasts, which killed more than 200 people.

Despite being held back by weak anti-terrorism laws, Indonesia has been able to put JI and its offshoots on the defensive, thanks to the work of the Detachment 88 anti-terrorism squad. Funded by the United States and Australia but bearing the imprint of Jakarta's determination to contain the terrorist scourge, the detachment has managed to disrupt several plots, sometimes in collaboration with their neighbouring counterparts. The results of such efforts have led to about 600 suspects being held, and some of the most dangerous terrorist suspects have been killed in raids.

No less important, as Indonesian President Susilo Bambang Yudhoyono has noted, the Bali bombings laid to rest the public debate over whether terrorism was a real or an imagined threat to Indonesia. By revealing terrorism as the main enemy of the Indonesian nation, Bali refocused public attention on the country's long and cherished tradition of inter-religious coexistence and renewed the emphasis on interfaith cooperation. The militancy of thousands was confronted by the pacifism of millions in the Pancasila state.

However, even though the threat of large-scale attacks appears to have been contained, religious extremism remains a real danger to Indonesia. The threat comes not only from militant outfits such as Jemaah Ansharut Tauhid (accused of involvement in the recent killing of two police officers in Poso) but also religious radicals. An example is those gathered in the Front Pembela Islam, who use violence to intimidate members of other religions and other Muslims. Surrounding this radical core are political groupings that try to use the democratic process to move Indonesia towards being an Islamic state.

The electoral influence of these groups has not been significant, but they have not been marginalised. They continue to fuel a climate of tension and distrust that bodes ill for Indonesia's record of pluralism and tolerance. How to legally curb hate speech and propagation of violence is a challenge that remains to be tackled. The Straits Times,
Asia News Network