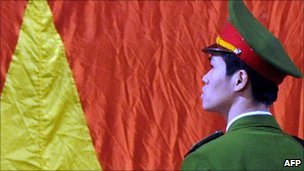 If the recent intraparty dispute has proven anything, it is that the Communist Party, not its individual leaders, ultimately bears responsibility for Vietnam's failures

Reform, or what passes for reform in Vietnam, is not implausible. Democracy and individual rights are not foreign concepts to the Vietnamese. The arrest and detention of pro-democratic and human rights activists prove as much. The public outrage against the government’s economic mismanagement and corruption proves as much.

More often than not, reform is used as a catch-all solution for the failures of government. The problem is not the act of reform but the extent to which the government and political system is reformed. What is perhaps certain is that corruption, economic mismanagement and human rights abuses would have continued if the president and his faction had assumed power in the recent struggle between Prime Minister Nguyen Tan Dung and President Truong Tan Sang.

In a country where power comes not from the people but the ruling (and only) party, merely replacing the individual at the top will do little, if nothing. What is required for real reform is a serious and concerted effort by the people and from those within the government to change the system. Of course, this is easier said than done, and the obstacles are many.

A Revolt of the Ruling Elite
The intraparty dispute between the Vietnamese prime minister and president was driven in part by Prime Minister Dung’s handling of the economy. While some blame can be assigned to the global recession, the corruption and mismanagement surrounding the prime minister could not be overlooked. The scandals at Asia Commercial Bank, Vinashin, Vinalines, in addition to a poorly performing economy had made Prime Minister Dung toxic.

Although President Sang and his supporters had a case for removing the prime minister, one should not mistake their desire to do so for the good of Vietnam. The struggle between the two factions was not one of protecting the people, but a struggle to protect and preserve their place in the party. This was not a revolt of the masses but of the ruling elite, And although Prime Minister Dung has retained his job, the “revolutionaries” are still in power, perhaps waiting, biding their time until the next opportune moment.

But another revolt by party members will achieve little. True, there exist the old communist hardliners, who view the liberalization of Vietnam’s economy as a betrayal of Ho Chi Minh’s principles. There are also those party members who have prospered in the new, open market Vietnam (oftentimes through patronage and perhaps even shady business dealings), and who are just as likely to invoke the spirit of Ho Chi Minh to defend the status quo.

Communism has failed in Vietnam, but the new, more economically liberalized country has also begun to show signs of stress. Vietnam, by its very political nature, has made it possible for the government to hide its failures and shield its party members from charges of corruption—that is until the situation becomes untenable, as was the case with Prime Minister Dung.

The Vietnamese people are not unaware of their government’s deficiencies, but for a long stretch of time it was easy for them to look the other way. Vietnam was once a booming economy with great promise in Southeast Asia. The people could see and experience the positive changes that had come about, and the government could take credit for the success. For a time, it was easy for the people to say, “Well, at least today is better than yesterday.”

Today, this sense of optimism has diminished.

The Party is the System
The public apology by Party Secretary Nguyen Phu Trong over the failures of the Communist Party in serving the people was in part a response to actual failures but also in part to shield and distance the party from Prime Minister Dung. As if the party secretary’s apology was surprising enough, even the prime minister was forced to issue an apology of his own in front of the National Assembly, pledging to reform state-owned corporations.

And here lies the greatest obstacle towards reform. It is not about purging the Communist Party of corrupt officials. The individuals themselves are not the problem but a side effect. The problem is not superficial but deeply rooted and structural in nature. Corruption, economic mismanagement, and human rights violations are merely symptoms of the problem: the political system.

Presently, the Vietnamese political system is the Communist Party. An independent oversight committee on governmental affairs does not exist. Had Prime Minister Dung been ousted and President Sang or someone else had taken his place, change would have only occurred at the leadership level. Of course, there might have been some movement in the rank and file, but none of these changes would have had any lasting effect on the average Vietnamese citizen.

A Need for Structural Reform
The obvious and only solution for Vietnam is to reform and democratize. Of course, the nature of the Vietnamese government means change on this level must be initiated from within. Or, in a worst case scenario, the government somehow falls apart and a new one takes its place. Either way, the path to democracy will not prove to be easy.

Whatever the journey, the goal for the Vietnamese people is to reform the political infrastructure. The government and the institutions of government should be geared towards carrying Vietnam into the future. An obvious change is an increase in transparency. The present system merely provides the opportunity to propose band-aid solutions. Much like the party secretary’s apology, blame will be cast, action will be taken, and it will be business as usual.

When the communist policies of old failed, the Vietnamese government changed: it modified its economic policies. The result of these changes was an increase in living standard and invitation for foreign investment. But now there is a new problem, and that problem is not its economic policies but the political system. If the Vietnamese government serves the people, as it purports to do so, then it must accept the need for real change.

Change is not easy. Change in an authoritarian government, in particular, is not bloodless. As we have witnessed throughout the Middle East and Northern Africa, beginning in Tunisia and now being fought in Syria, change is often violent. But the Middle East and Northern Africa is not Vietnam. However, it is guaranteed that reform will be hard fought.

This is not to say that the Vietnamese people should take to the streets and risk their safety and future, but at some point the people must ask themselves, “Is this the country I deserve?”

(Khanh Vu Duc is a Canadian lawyer who researches on Vietnamese politics, international relations and international law. He is a frequent contributor to Asia Sentinel)