Only With Micro Reforms Can Macro Solutions Be Achieved 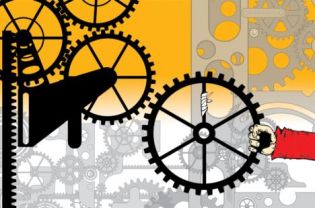 'South Korea recovered very rapidly from the Asian financial crisis by carrying out deep micro reforms of its banking system and industrial policy'
Why is the global economic recovery so weak? Some have argued the crisis was so deep that recovery takes time. Others have argued that the euro crisis has delayed global recovery. To some extent, both are true. But the focus has been on macro instruments, especially monetary, while micro reforms have not received sufficient attention.

With the US election now over, how to get a stronger US and global recovery takes greater urgency.

One reason the US recovery remains weak is the lack of comprehensive micro reforms. There has been too much focus on macro solutions. QE1 (the first round of quantitative easing) helped stem the crisis but QE2 and QE3 have largely leaked abroad and created asset bubbles and currency problems elsewhere. They have not helped the recovery back home.

The auto industry bailout and restructuring was a good example of a well-designed micro program, but the lack of a carefully crafted home mortgage program slowed down the housing recovery. Without a revival of the housing market a real sustained recovery is not possible.

Macro solutions can stem a crisis, but only with deeper micro reforms, which often require more political consensus and painstaking detail, can sustained and robust recovery be achieved.

Recent experiences of emerging economies recovering from deep crises where the crisis was more structural than cyclical, much like the 2008 crisis, have important lessons.

In 2001 Turkey went into a huge economic crisis with GDP falling by almost 10 percent. It was under huge pressure to bail out the banks and use macro instruments alone to fix the problem. But the country had a history of 17 previous stabilization programs that had failed to fix the economy and restore sustained growth.

Biting the bullet, Turkey reformed a bankrupt banking system, costly and corrupt energy policies and a bloated pension system and put in place a better targeted social assistance to find a permanent solution to the fiscal problems that had plagued the country over 30 years prior to the 2001 crisis. A judicious mix of macro and micro reforms paved the way for a rapid recovery for the next decade and helped Turkey ride through the global economic crisis.

The Asian financial crisis of 1997, when GDP dropped almost 10 percent, is another example when strong micro reforms accompanied macro solutions. South Korea recovered very rapidly by carrying out deep micro reforms of its banking system and industrial policy. Thailand too recovered well after that crisis due to deep financial sector reforms and a reorientation to rural infrastructure.

Some have argued that the fiscal austerity imposed on Asia in that crisis was the wrong macro prescription. This is correct but even so these programs had deep micro and institutional reforms behind them, without which their recovery would not have been sustained.

Europe’s problems are of course tied to the currency straight jacket it is in. But even so we see some economies in Europe — such as Germany — doing well because they have focused on the micro as much as on the macro. Germany has had more flexible labor policies and retraining programs, which have helped its competitiveness. Others, such as Spain, Italy and Greece, are being forced into painful micro reforms of their pension systems, labor laws and the financial sectors.

Without a solution to the currency straightjacket of the euro it’s hard to see a clear solution out of this crisis for Europe. But the situation would be even worse if micro reforms were not carried out to complement the macro reforms.

India has seen a very sharp slowdown in growth, from 8-9 percent in 2009-10 to below 6 percent in 2011-12 and slowing to 5 percent in 2012-13. It has avoided deeper micro reforms of its subsidy system, of the power sector and its labor and land policies. It kept a very high fiscal deficit, but instead of stimulating the economy this has crowded out private investment and caused high inflation, which has made it difficult to reduce interest rates and complicated monetary policy.

Without these micro reforms, India cannot restore the 8-9 percent growth it needs to make a major dent on poverty. The recent raft of reforms in subsidy policy and foreign investment in retail are welcome and have helped stem the weakening currency, but are insufficient to address the huge fiscal problems it faces and cannot alone restore high growth and lower inflation.

China has understood the importance of getting the right mix of micro and macro reforms. It did not coast on the fact that its macro economy was doing well and has steadily modernized its public administration combined with further reforms of its financial system, land use policy and a deliberate shift of industrial economic activity to the center and west of the country.

It then designed a detailed stimulus package that included emphasis on credit, insurance and wage policy to bolster domestic consumption to manage the 2008-09 global economic crisis. Its growth is slowing because of the impact of the crisis on its exports but it has remained focused on the micro reforms needed to shore up the macro policies to sustain growth.

With a better understanding among policy makers of the interplay between micro and macro policies, recovery will be more robust.

Ajay Chhibber is UN assistant secretary general and the UNDP’s regional director for Asia and the Pacific.